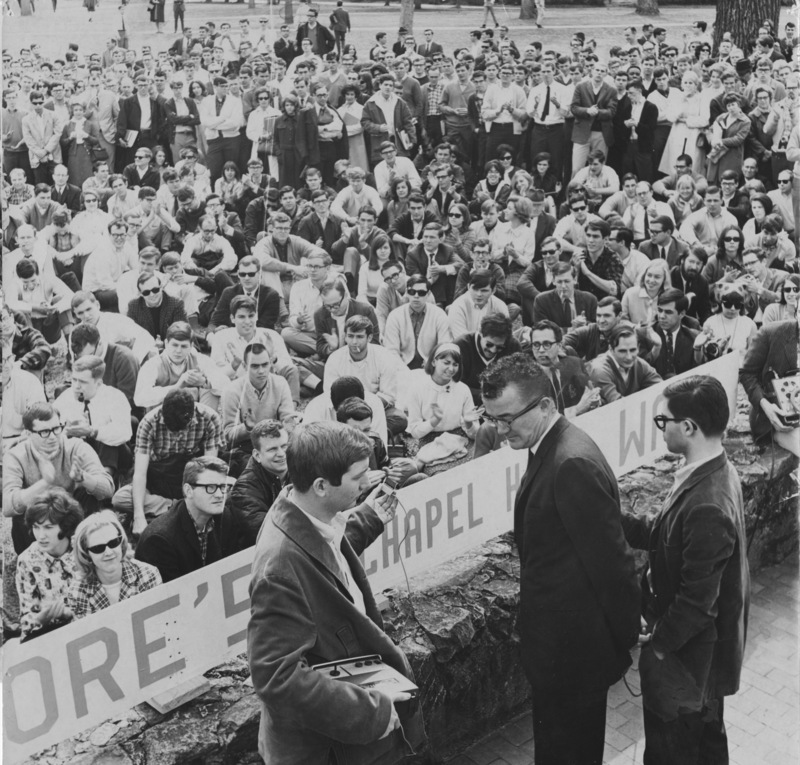 The Speaker Ban, a bill that banned Communists and others who criticized the U.S. government from speaking at North Carolina’s public universities and colleges, was passed by the state legislature in June, 1963. The controversial bill sparked protest from students and faculty, who argued that it was a violation of the right to free speech. In 1968, after years of protest, a lawsuit filed by students led to the bill being overturned.