Just as students had used creative writing to test the limits of their free expression on campus, UNC faculty also used creative outlets to explore contentious issues of the day. In 1931, the Carolina Playmakers produced Strike Song, a three-act play co-written by James Osler Bailey of the English Department and his wife, Loretto Carroll Bailey. The play was based loosely on the events surrounding the 1929 revolts in Gastonia and Marion, North Carolina. The production debuted the same month as the Contempo controversy and the visit by Langston Hughes to Chapel Hill. Much like the Contempo incident, the production of Strike Song caught the ire of University critic, David Clark, outspoken editor of the Southern Textile Bulletin. Clark felt that the play misrepresented life in North Carolina’s textile industry and he especially objected to the music created for the production, saying that the play’s inclusion of music gave striking workers new songs to sing. 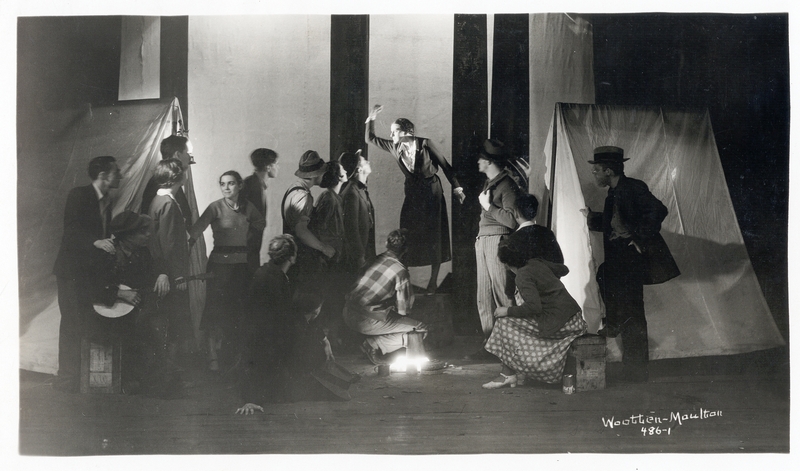 This photograph depicts a circa 1931 production of Strike Song by Carolina Playmakers. 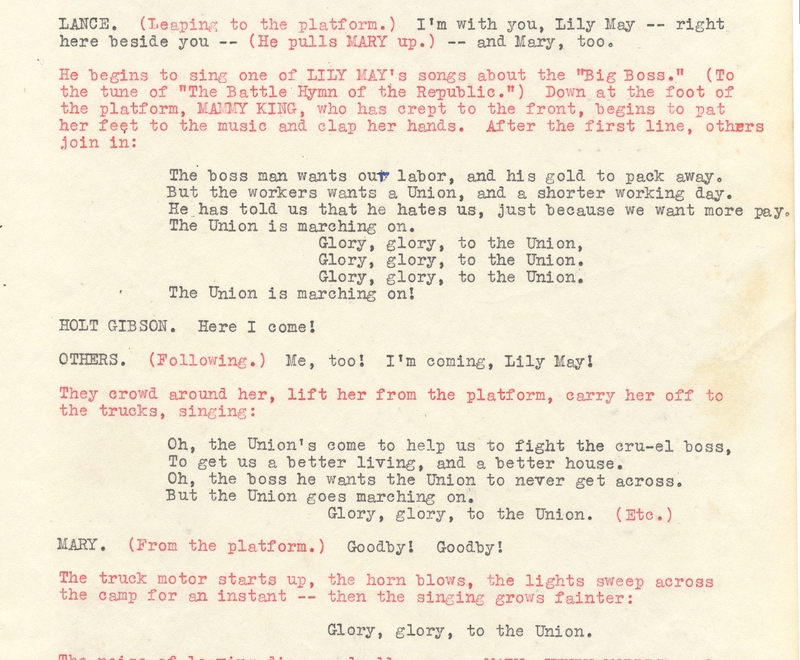 This portion of a draft of Strike Song shows a song credited to real-life slain striker Ella May Wiggins (sung to the tune of “The Battle Hymn of the Republic”).