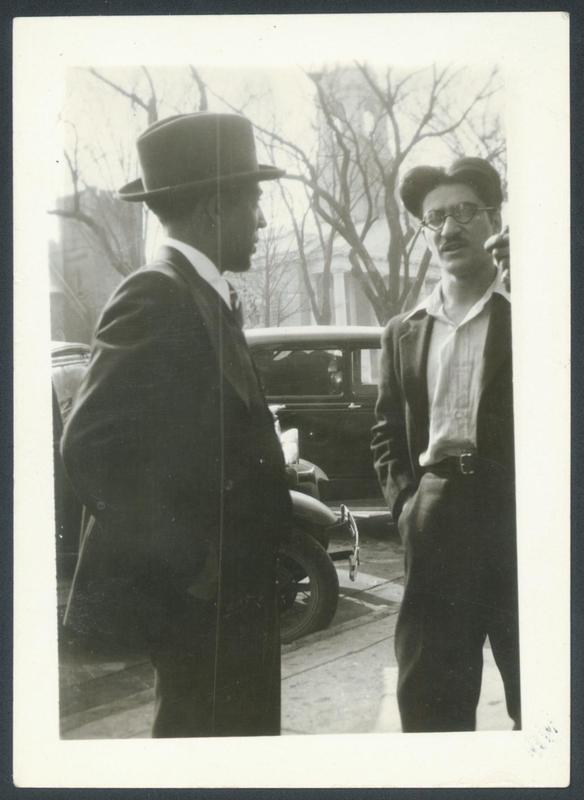 Contempo was a small literary magazine published in Chapel Hill by co-editors Milton “Ab” Abernethy and Anthony Buttitta, both former UNC students. Although only lasting from 1931-1934, Contempo was able to build a strong reputation among critics and also managed to attract contributions from William Faulkner, Ezra Pound, Gertrude Stein, and many other well-known writers. The December 1931 issue of Contempo caused a stir in Chapel Hill due its inclusion of two controversial pieces by African American writer Langston Hughes.

Abernethy and Buttitta had decided to devote the entire issue to writings about the case of the Scottsboro Boys – a series of trials in Alabama involving nine African American boys who had been accused of the rape of two white women. Hughes submitted a poem called, “Christ in Alabama,” (which appeared with a drawing called, “Black Christ,” by artist Zell Ingram) and an essay called, “Southern Gentlemen, White Prostitutes, Mill-Owners, and Negroes.”

The publication of the Scottsboro issue was timed to appear several days before Hughes was to visit Chapel Hill for a public reading. Citizens of the town of Chapel Hill were incensed by the visit. Newly-inaugurated University of North Carolina President Frank Porter Graham and Chapel Hill town officials received a flood of letters denouncing Hughes as “sacrilegious” and calling for his engagement to be canceled. Graham did not interfere and the reading went on as planned. 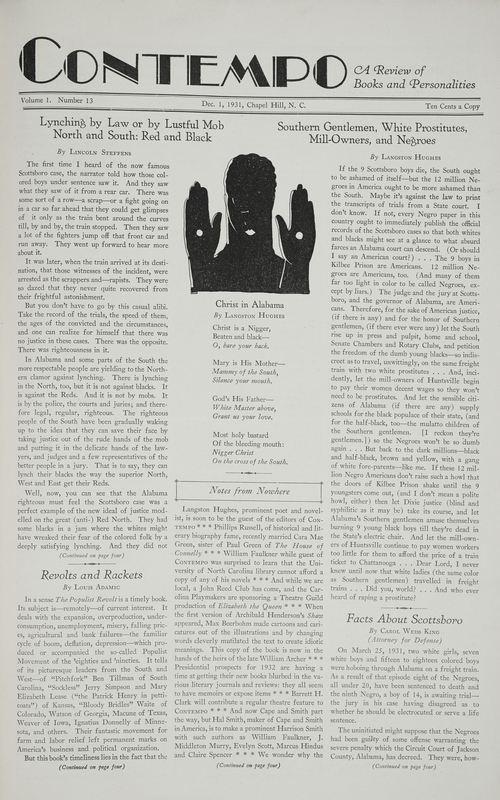 Langston Hughes' controversial writings appear on this page of Contempo.

Guion Griffis Johnson was a preeminent sociologist, educated at the University of North Carolina at Chapel Hill during the 1920s. In this excerpt from a 1974 oral history interview, Johnson recalls her husband Guy Johnson, a UNC sociologist, and his sponsorship of a visit by Langston Hughes to UNC in December 1931.