Protestors shouted "go to hell Duke" and "power to the people" as David Duke, national information minister of the Knights of the Ku Klux Klan, attempted to speak during a January 1975 visit to UNC. Duke eventually left the stage. His treatment prompted lively debates about free speech on campus. Chancellor N. Ferebee Taylor labeled the incident "a transgression of one of the highest and noblest traditions of this university." 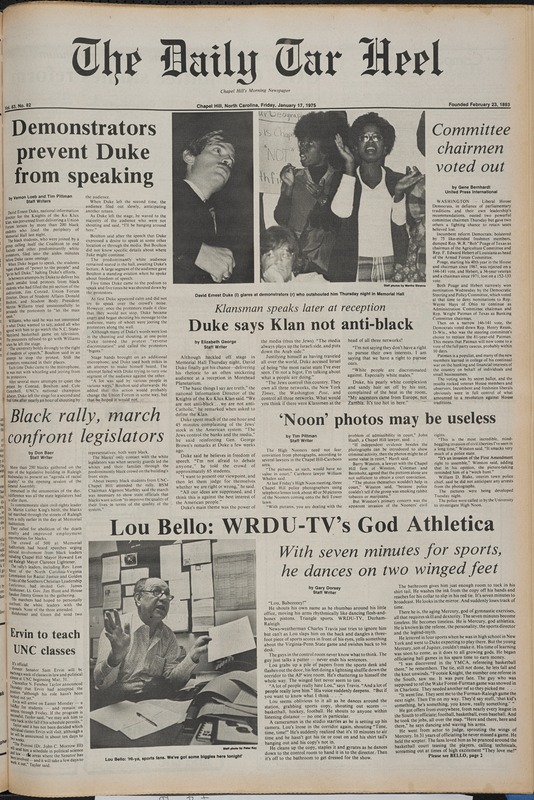 "In between attempts by Duke to deliver his speech amidst loud protests from black students who had filled the pit section of the auditorium, Jim Conrad, Union Forum Director, Dean of Student Affairs Donald Boulton, and Student Body President Marcus Williams tried unsuccessfully to persuade the protestors to 'let the man speak.'

"Williams, who said he was not interested in what Duke wanted to say, asked all who agreed with him to go watch the NC State-Maryland basketball game on television. The protestors refused to go with Williams when he left the stage.

"'The University holds strongly to the right of freedom of speech,' Boulton said in an attempt to stop the protest. Still the protestors remained in their places." 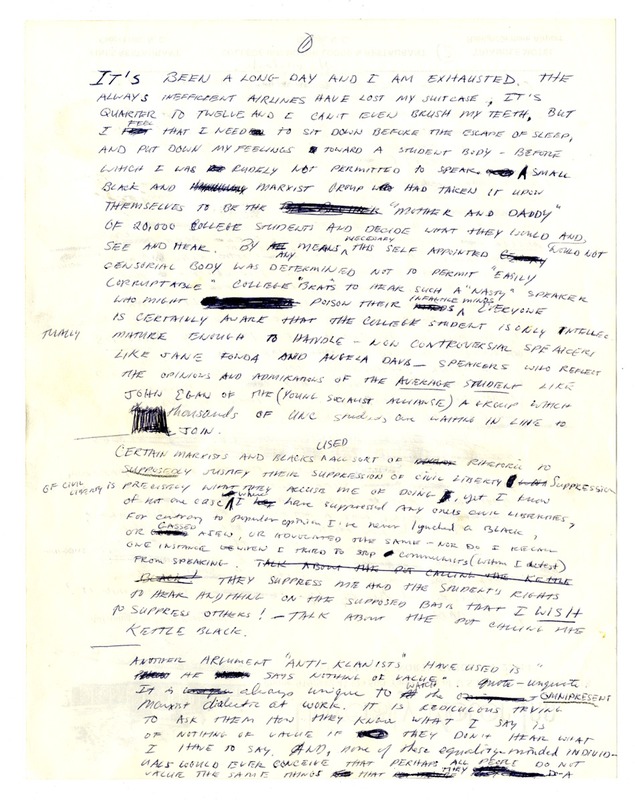 After protestors interrupted his speech at Memorial Hall, David Duke, national information minister of the Knights of the Ku Klux Klan, returned to his hotel room and drafted a late night letter decrying his treatment by UNC students. His unedited letter ran in the Daily Tar Heel on 20 January 1975.