The Lawsuit and Legacy

The Lawsuit and the Legacy

McNeill Smith, UNC class of 1938, took on the case pro bono and received substantial assistance from UNC law professor Dan Pollitt and Duke law professor William Van Alstyne. Both Pollitt and Van Alstyne had argued all along that the law was flawed and would not hold up under legal scrutiny. They criticized the legal basis on which the law was created, citing several precedents in which similar laws had been ruled unconstitutional.

On 19 February 1968, a three-judge federal panel overturned the law because of its vagueness and its violations of free speech. Although unenforceable, the Speaker Ban Law remained on the books until May 17, 1995, when the General Assembly repealed the law. 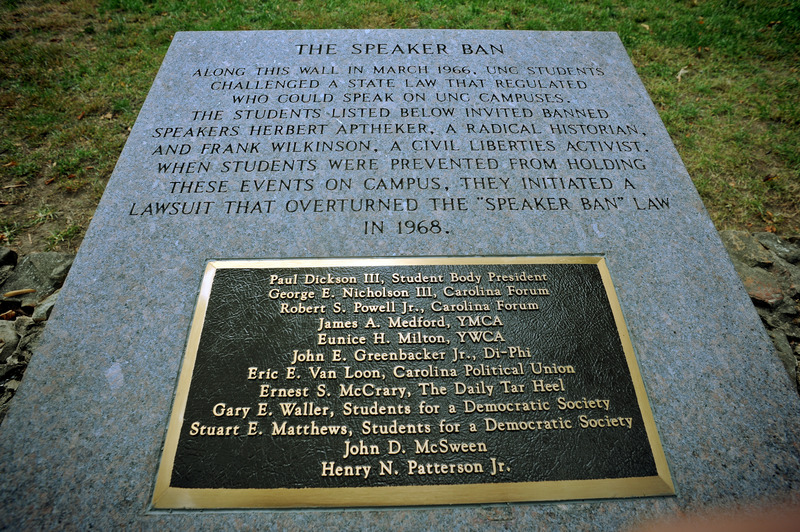 On 12 October 2011, a marker commemorating student efforts to overturn the Speaker Ban Law was dedicated on the wall on McCorkle Place where both Wilkinson and Aptheker spoke. The marker, a gift from Anne Dickson Fogleman and Robert Dickson, the siblings of Paul Dickson, who died tragically in the car accident in 1972, lists the names of the student leaders who were plaintiffs in the lawsuit.