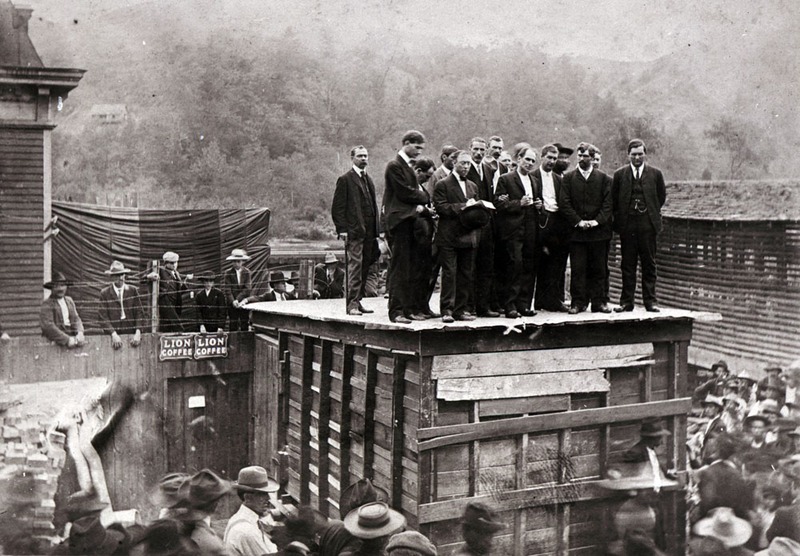 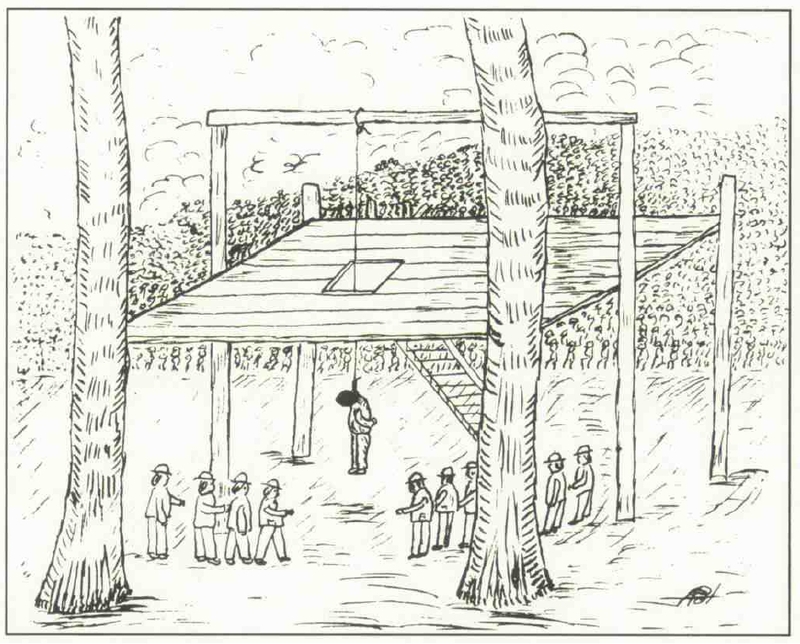 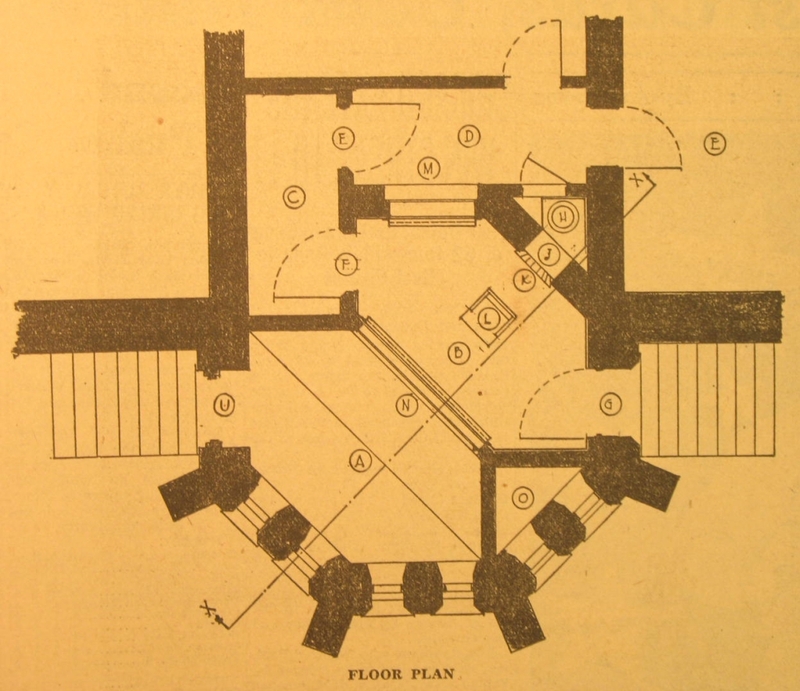 Until about a hundred years ago, executions in North Carolina were very public affairs. Newspaper accounts from the eighteenth, nineteenth, and early-twentienth centuries describe large crowds of spectators at executions. For example, when two criminals were hanged in Raleigh in 1830, the town was filled with more than 3,000 onlookers, such that "every avenue leading to town, was literally blocked with human beings of both sexes." In 1878, a triple-execution in Goldsboro brought crowds arriving from neighboring counties in "buggies, wagons, steer carts, on horseback, and on foot." The crowds that gathered at executions were often lively, and onlookers often became embroiled in rowdy drinking, fighting, and gambling. But officials saw these executions as tools for deterrence, keeping public order by publicly exhibiting the consequences of crime. These events often led to the retelling of these lessons by their witnesses and, perhaps not surprisingly, these retellings were often transformed into local legends featuring folk heroes. Such was the case with the 1833 hanging of condemned murderess Frankie Silver of Mitchell County — a story that evolved over time into the widely-performed "Ballad of Frankie Silver."

Changes were made over time to lessen the public visibility of executions in the state. As North Carolina capital punishment historian, Seth Kotch, states, "Increased concern about the effect of public executions on an impressionable public in the nineteenth century motivated the North Carolina General Assembly to pass An Act to Regulate Capital Executions in 1868." This law sought to move executions within the walls of local jails. Regardless of this formal change, executions continued to be held publicly for nearly three more decades, the last public hanging occurring in 1897.

A second significant change in public access to executions came in 1909 when the General Assembly passed a law transferring jurisdiction over executions from local to state government. This law also mandated that electrocution replace hanging as the state's official method of execution. Furthermore, electrocutions were to be witnessed by only "twelve reputable citizens," plus family members, physicians, and clergymen, though this limitation was not formally enforced. A witness pool of eighty two citizens at the 1924 execution of sixteen-year-old condemned inmate McIver Burnett encouraged the General Assembly to pass a law the next year more forcibly regulating attendance at state executions.

Following these changes in the law, the public had to rely on media coverage for information about executions, with the state providing a place for members of the press at executions. Newspaper coverage in the early-twentieth century was often sensationalist, including gruesome details of death chamber sights, sounds, and smells. Decades later, in 1994, media coverage was the cause of great controversy when convicted inmate David Lawson asked to have his execution televised by daytime talk show host Phil Donahue. Lawson's petition to televise his execution was denied by the North Carolina and U.S. supreme courts.

In more recent years, the state has exerted increasingly strict control over the viewing of executions. They are carried out in a dedicated chamber in Central Prison in Raleigh at a time when most of the public is asleep.