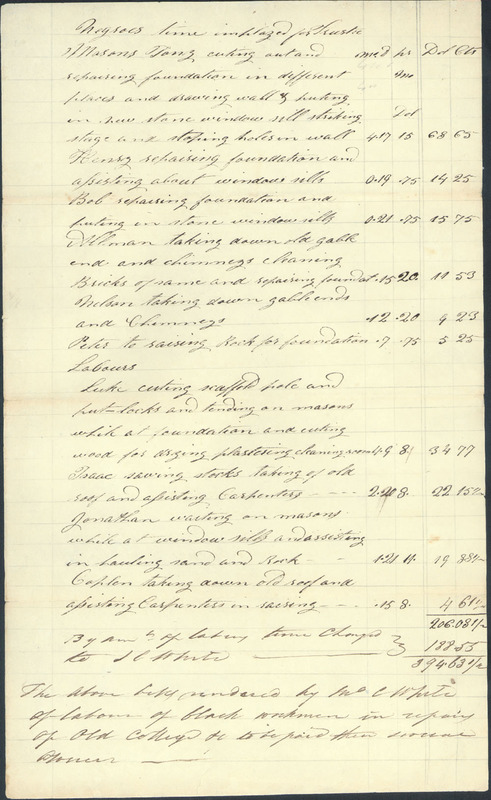 A bill for the repairs of the Old College.

On 19 July 1793 the Building Committee of the Board of Trustees contracted with James Patterson of Chatham County to construct the university's first building. The contract is on the verso of this plan, and it specifies "the Building to be (96) Ninety Six feet (7) Seven Inches in Length, (40) forty feet one Inch and a half in width, two storys in height . . . Eight rooms on a floor with a Chimney to each Room . . . the Sum to be given for finishing the said Building . . . is the Sum of two thousand five hundred pounds." 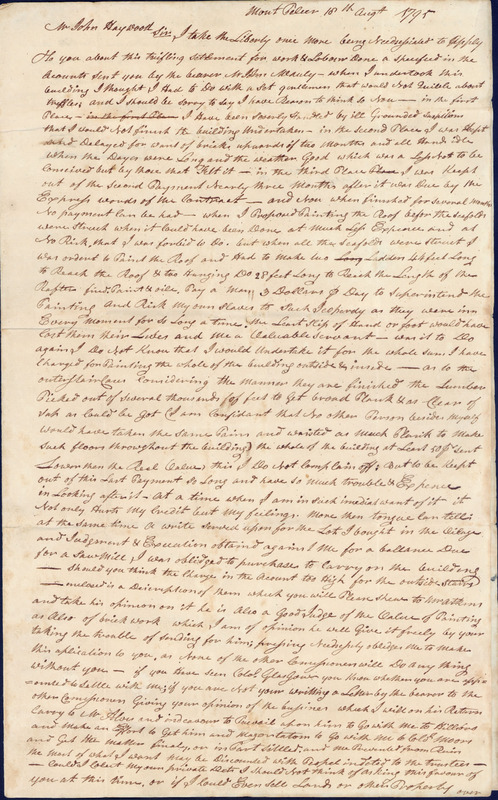 Patterson writes to John Haywood, secretary-treasurer of the Board of Trustees, to complain that he has not received the final payment for the work on Old East. Recounting the problems he had during the construction, he explains that he proposed painting the roof before the scaffolding was taken down but was forbidden to do so. Once the scaffolding was down, he "was ordered to Paint the Roof and had to Make two Ladders 44 feet Long to Reach the Roof and too Hanging Do 28 feet Long to Reach the Length of the Rafters ... and Risk My own Slaves to Such Jeopardy ... the Least Slip of Hand or foot would have Cost them their Lives and Me a Valuable Servant."

This item includes Ragsdale's charges for bricks and labor on Old East and Old West.