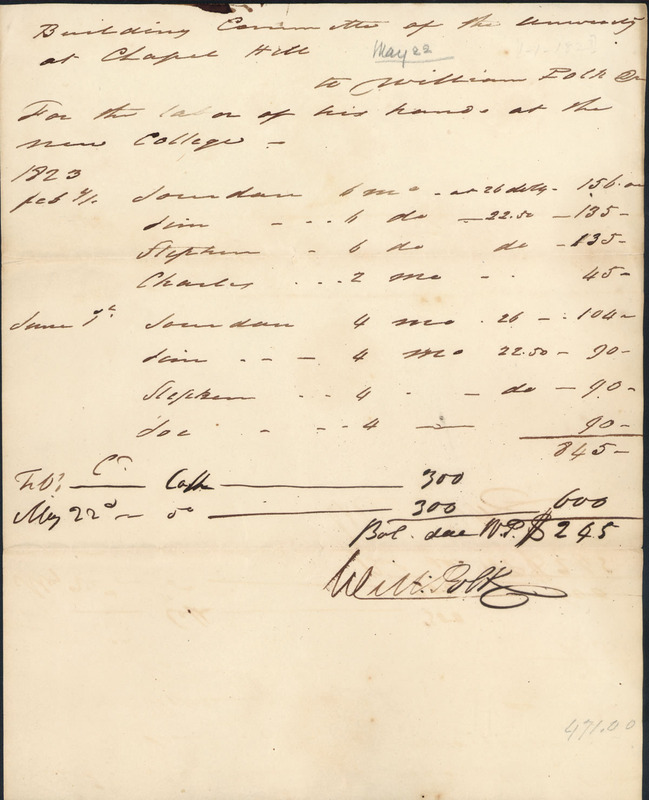 "For the labor of his hands at the New College"

Colonel William Polk, a hero of the American Revolution, served on the Board of Trustees from 1790 to 1834. He was also one of Raleigh's leading citizens. As this document shows, he hired out five of his slaves to work on the construction of Old West (referred to as New College in the document). By 22 May 1823, Polk had been paid $600 for the labor of Jourdan, Jim, Stephen, Charles, and Joe. 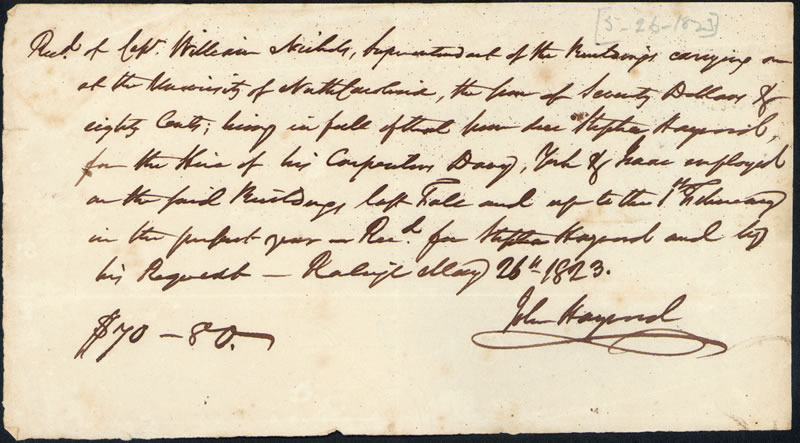 "hire of his Carpenters"

Receipt for the hire of Stephen Haywood's carpenters Davy, York, & Isaac  to work on the construction of Old West (referred to as New College in the document).

This item includes Ragsdale's charges for bricks and labor on Old East and Old West.