Slaves of the Trustees 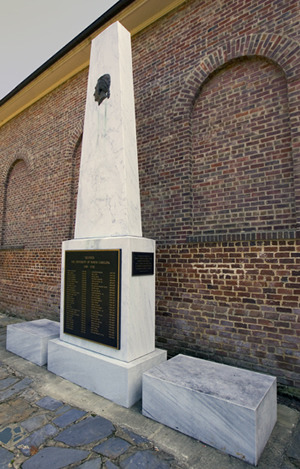 Monument to early trustees of the University of North Carolina, 2005.

William Blount represented North Carolina in the Constitutional Convention, and Hugh Williamson and Richard Dobbs Spaight were signers of the Constitution. James Iredell and Alfred Moore were early appointees to the U.S. Supreme Court, and Samuel Johnston was the state's first U.S. senator. Six of the original trustees served as governor of the state, namely Samuel Ashe, William Blount, Samuel Johnston, Benjamin Smith, Richard Dobbs Spaight, and Benjamin Williams. Others served in Congress and in the General Assembly. Many of them were also successful planters.

With few exceptions these men were slaveholders. The federal census of 1790 listed thirty of the forty as owning slaves. Of the other ten, nine were either not listed or were from counties for which the data have been lost. Only one trustee, William Porter of Rutherford County, was listed in 1790 as owning no slaves. However, we know from other sources that Hugh Williamson, a scholarly physician who disapproved of slavery, also owned no slaves.

By far the largest slaveholder among the original trustees was Benjamin Smith, who had 221 slaves in 1790. Others who owned large numbers were Stephen Cabarrus with 73, Samuel Johnston with 96, Willie Jones with 120, and Richard Dobbs Spaight with 71. 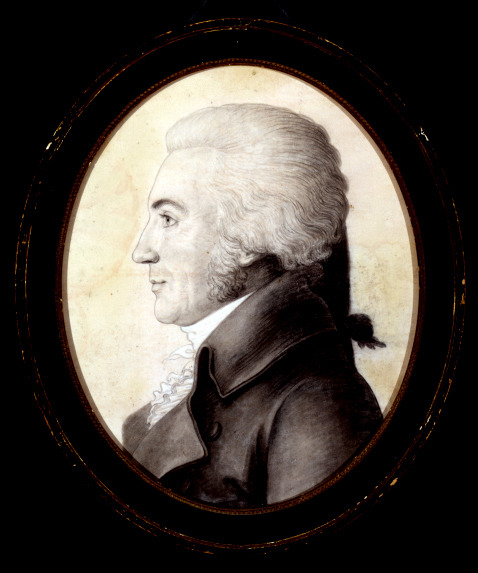 Introduced the bill for North Carolina's ratification of the Constitution along with a bill to charter the University of North Carolina.

William R. Davie, ca. 1800
Born in England, William R. Davie moved with his parents to the Waxhaws near Lancaster, South Carolina, in 1764, when he was eight years old. He graduated from the College of New Jersey (Princeton) in 1776, just as the Revolution began, and quickly became one of the chief organizers of patriot forces in the Carolina Piedmont. Wounded at the Battle of Stono Ferry in 1779, he retired to Salisbury, North Carolina, and there read law. When Cornwallis's troops reached the Piedmont, Davie organized a company of cavalry to resist them. Nathanael Greene, on taking command of the Southern Army, made Davie his commissary general.

After the Revolution Davie practiced law in Halifax, became interested in politics, and soon rose to a position of prominence in the Federalist Party. At the age of thirty he was one of the framers of the U.S. Constitution. In 1789, at the Fayetteville Convention, he introduced the bill for North Carolina's ratification of the Constitution along with a bill to charter the University of North Carolina. Now known as the "Father of the University," Davie was chiefly responsible for the establishment, building, and endowment of the university, along with the selection of its faculty and the planning of its curriculum.