Slaves and the University Buildings 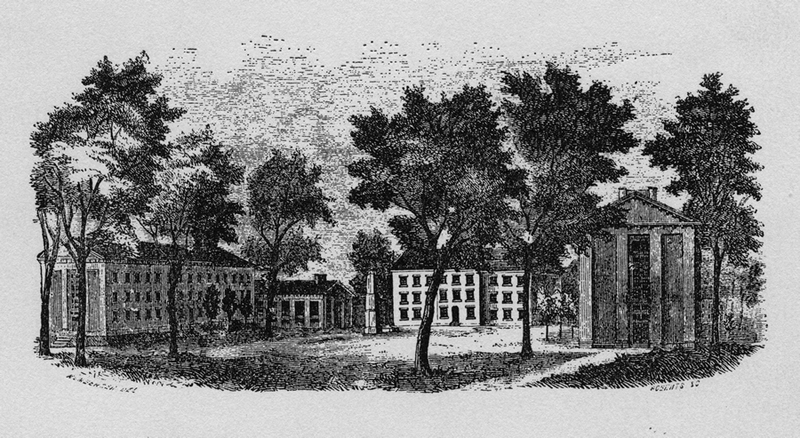 This view of the campus shows most of the buildings that existed in 1855. The tall, slender structure near the center is the old belfry, constructed in 1826 by William Nichols after the original cupola was removed from South Building. We know that Nichols used slave labor on other projects, so he may also have had slaves working on the belfry. The belfry housed the college bell, which rang to wake the students each morning and to summon them to chapel and to recitations. During the night of 9-10 August 1856, it burned as the result of some student antics. From North Carolina Collection Photographic Archives.

The full contribution of slaves and free blacks is difficult to assess.

It would be difficult, if not impossible, to document the extent to which slaves contributed to the building of the university. But we have found a number of items clearly showing that slaves and free blacks participated in the construction of the early buildings. And, given the dominant role that slavery played in the antebellum southern economy, it is probably safe to assume that slaves were far more involved in building the university than we can demonstrate through written documents.

Using census records, we have documented the ownership of slaves by several of the contractors and subcontractors for the antebellum buildings. Other sources, examples of which are included in this section, confirm the use of slave labor by some of the contractors in the construction of the buildings. In these instances, we often cannot be certain whether the slaves were owned by the contractors or by someone else, as the "hiring out" of slaves was quite common. James Patterson used his own slaves to paint the roof of Old East. William Nichols hired Colonel William Polk's slave carpenters to work on the construction of Old West.

Free blacks also contributed to the building of the university, and we have discovered a few documents illustrating their work. Thomas Waitt employed two free black carpenters, Leroy Anderson and James Smith, to help finish Gerrard Hall and make repairs to the other buildings in 1837. President Swain engaged Thomas Day, a respected free black cabinetmaker, to do the interior woodwork in the Dialectic and Philanthropic society libraries in Old East and Old West in 1848.

These free black craftsmen were highly skilled, as were many of the slaves. John Berry, the contractor for Smith Hall (now Playmakers Theatre), made a practice of training his slaves as tinsmiths, carpenters and brick masons and giving them their freedom when they attained master status. 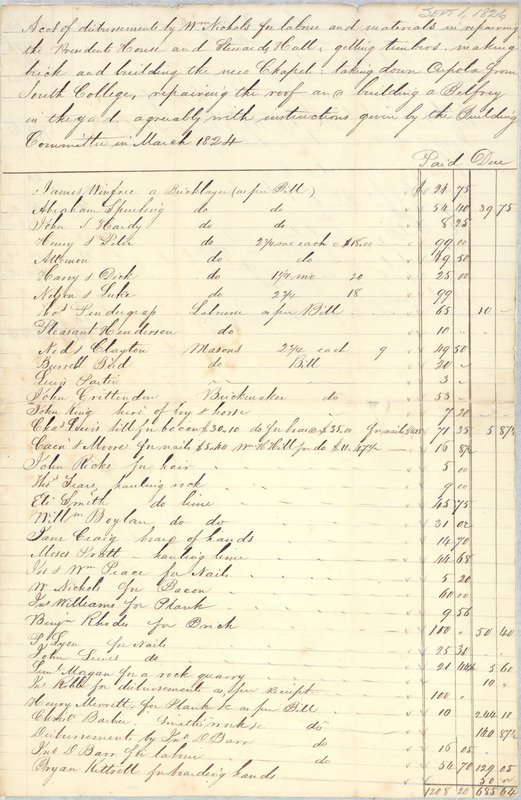 "for labour and materials in repairing"

Acct. of disbursement by Wm. Nichols for labour and materials in repairing the President's House and Steward's Hall; getting timbers, making brick, and building the new Chapel; taking down Cupola from South College, repairing the roof, and building a Belfrey [sic] in the yard agreeably with instructions given by the Building Committee in March 1824. 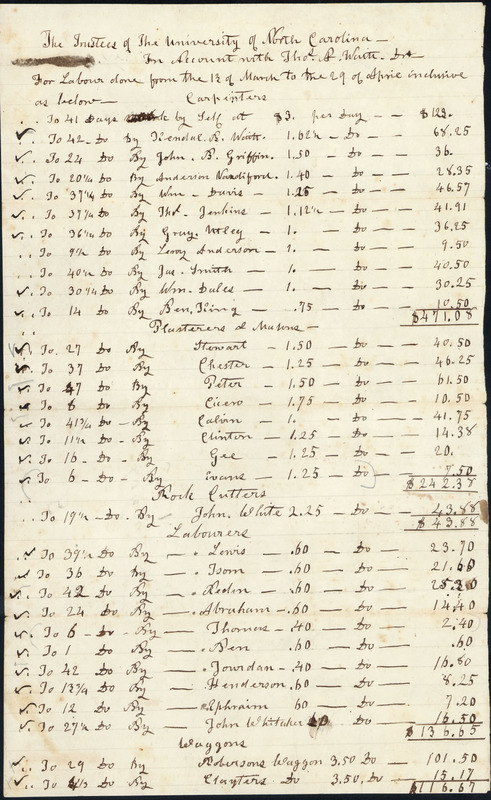 Soon after becoming president of the university in 1835, David L. Swain hired Thomas Waitt, a New England native, to be superintendent of buildings. He charged Waitt with the completion of Gerrard Hall, which had stood unfinished since 1827, and with making repairs to the other buildings. The documents seen here list the names of individuals who worked for Waitt on the buildings. Those without surnames were most likely slaves. Among the carpenters, Leroy Anderson and James Smith were free men of color, and William Dales was a "colored man." 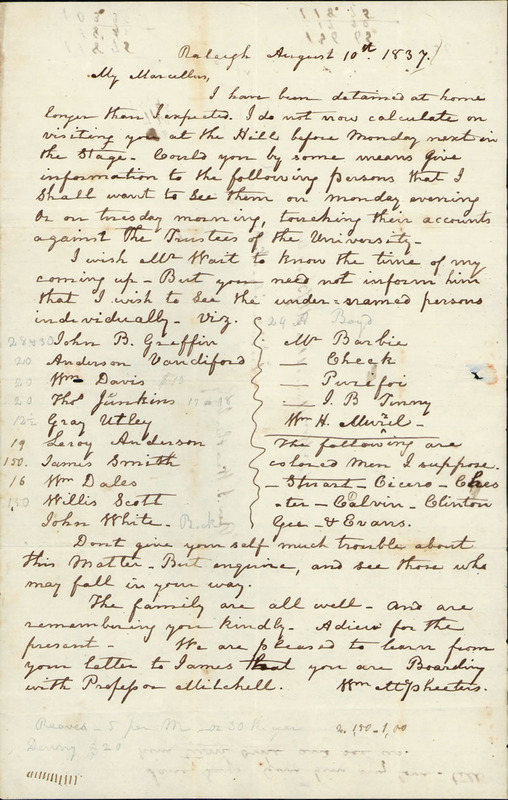 The elder McPheeters asks his nephew to inform certain of Mr. Waitt's subcontractors and laborers that he wishes to see them regarding their accounts against the trustees.

Waitt objects that his hands have been "taken away from their work and interrogated in relation to affairs which I contend belonged exclusively to myself."