Physiognomy has a long history as a method of understanding the innate qualities of human beings. As a science, physiognomy sought to link physical appearance, especially of the face, with in-born character traits, including emotional capacity and intelligence. Revived in the eighteenth century by Johann Kaspar Lavater, who sought to raise its status within the scientific community, physiognomy suffered from the biases of its practitioners, who tended to attribute positive qualities only to features associated with Europeans. Although accepted by some, physiognomy struggled to establish itself as a legitimate science, subject to more severe criticism than either anthropology or ethnology. 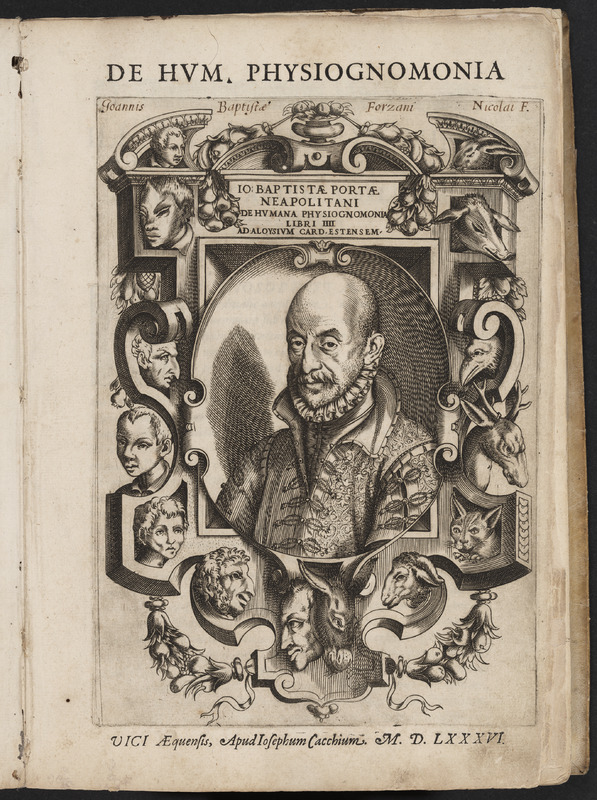 Giambattista della Porta’s contributions to experimental science during the Renaissance lent credence to his foundational work on physiognomy. In the engraved frontispiece on view here, human type faces are matched opposite the animalistic characteristics they supposedly embody. 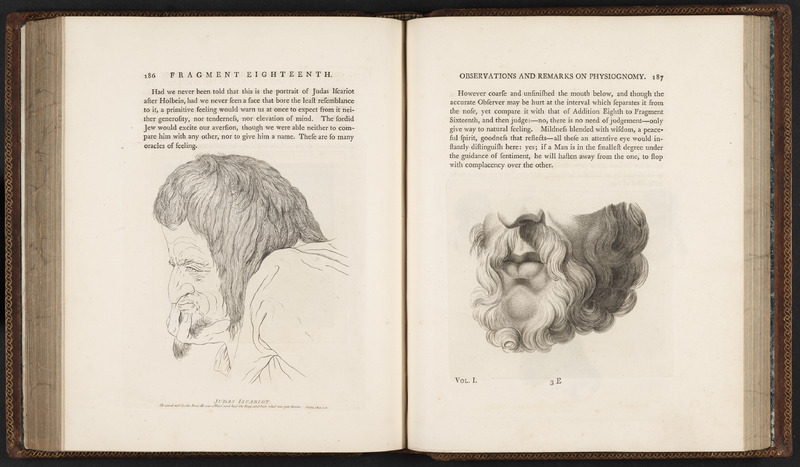 Lavater was heavily influenced by Giambattista della Porta and revived interest in physiognomy as a scientific discipline during the eighteenth century. The attractive, high-quality illustrations in his published works lent authority to his claims that an individual’s moral character could be read in physical features. Lavater’s bias towards Western European features led to racial stereotyping, seen here in his assertion that stereotypically Jewish features were a sign of “neither generosity, nor tenderness, nor elevation of mind.” 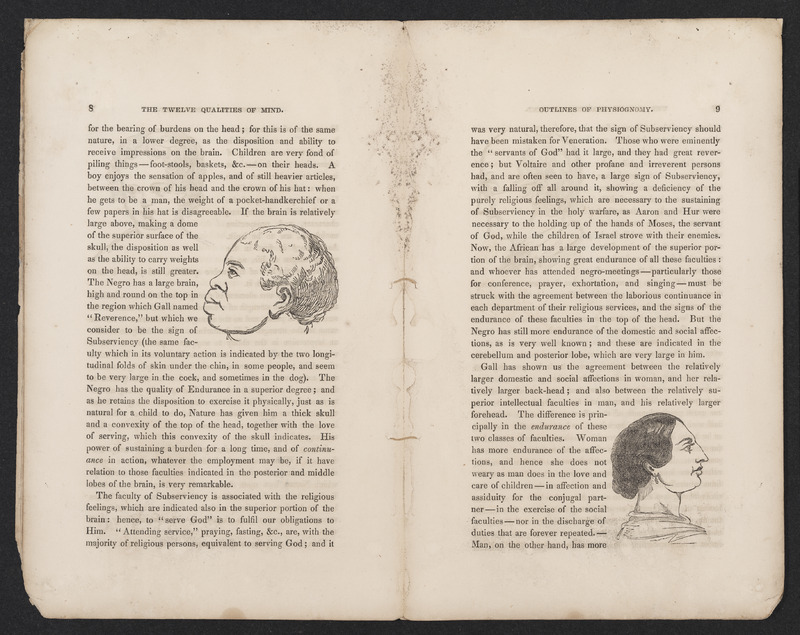 The Twelve Qualities of Mind

Physiognomy could be used as a justification for treating non-white individuals differently, in society and in law. In this pamphlet on physiogonomy from the mid-nineteenth century, African American features are described as indicating natural “subservience,” echoing a common justification for slavery.