Before the Scientific Revolution

Though the term race as we define it now was not in use during the medieval period, there was still acknowledgement of physical differences. Whether or not something like a modern conception of racial difference existed during the medieval period in the West is a matter of much scholarly debate. Before the advent of the Scientific Revolution, Western understanding of science and medicine was derived largely from writers of Classical antiquity or from interpretations of the Bible. These philosophical and theological templates explained race as a function of geographical, religious, linguistic, or cultural differences as much as skin color or any other physical trait. 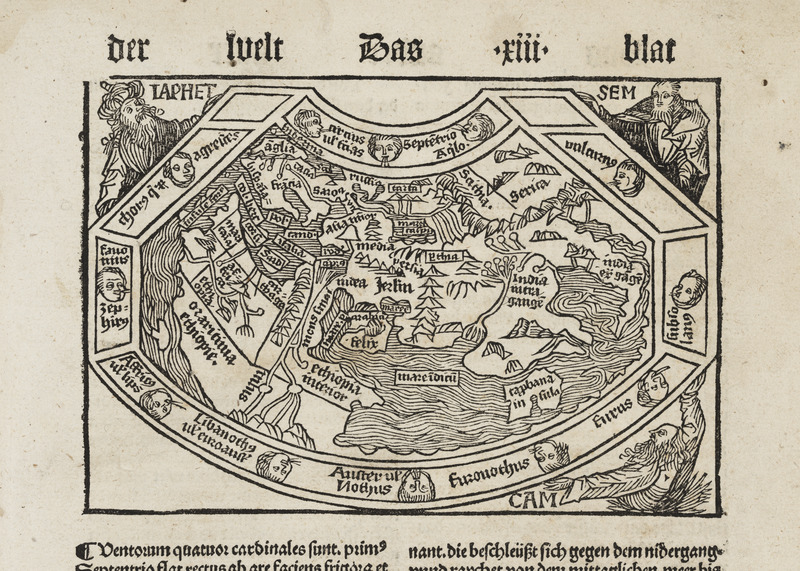 Among the most important chronicles, or accounts of humanity’s origin and history, Hartmann Schedel’s Liber chronicarum used the Bible as its source for the origins of man. In this woodcut map, the world is shown as divided between the progeny of Noah’s three sons. Monstrous humans, supposedly from the fringes of the world, are depicted on the opposite page. 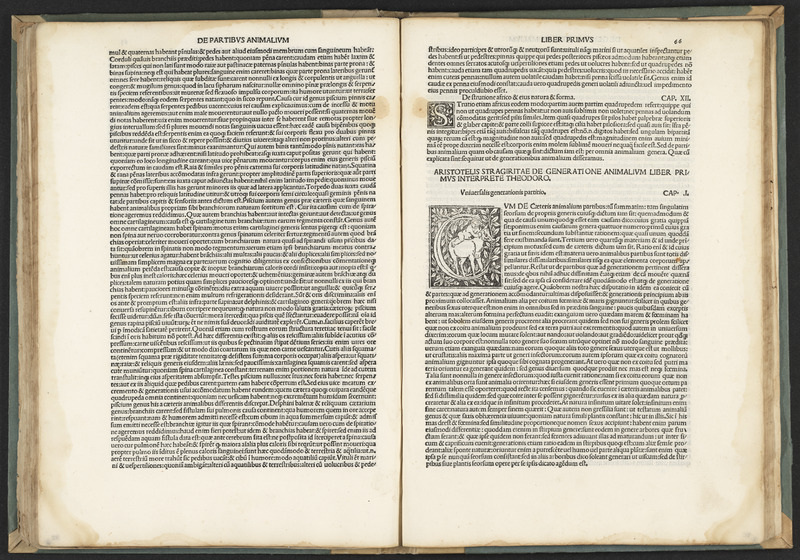 Aristotle’s influence on the development of Western natural philosophy, history, and science was wide-ranging, underpinning many of the basic building blocks of Western thought. In his political writing, Aristotle subscribed to a climate-based theory of human variation similar to Hippocrates. Here, in his treatise on animal generation, Aristotle hypothesizes a theory of how specific physical traits are inherited through the strength or weakness of sperm. 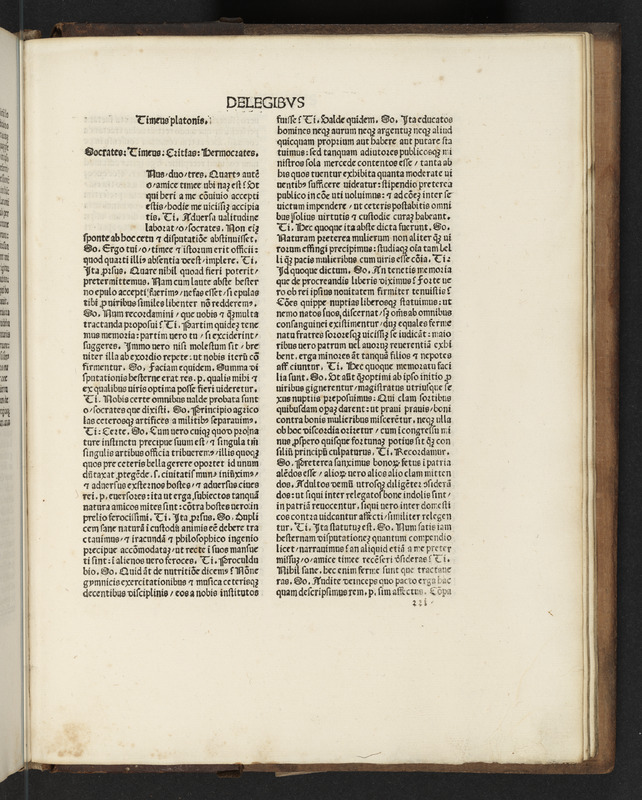 The only one of Plato’s dialogues available in Latin translation during the early medieval period was Timaeus, shown here. Timaeus outlines a theory of the origin of the cosmos and of humanity, making it a major influence on the development of natural philosophy in the West. Although Plato forwards no explicit theory of race, his interpretation of the physical body as a signifier of the moral virtue of the soul is echoed in many later racial theories. In Timaeus, morally corrupt souls are reborn in the bodies of beasts or women, with different animals representing different categories of moral corruption. 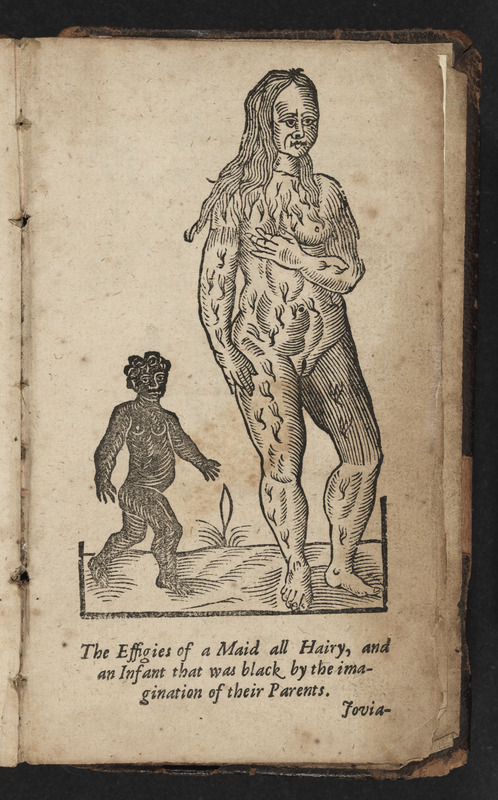 Aristotle’s Master-Piece, or, The Secrets of Generation Displayed

This popular sex and midwifery manual spuriously claims authorship by Aristotle to lend the text authority. It was among the most reprinted medical texts from its first appearance in 1684 until well into the nineteenth century. Like Aristotle, the book treats the subject of heritability of physical characteristics. Here, additional classical authorities such as Hippocrates are quoted to show that traits such as skin color can be inherited through the imagination of the pregnant mother.

The Childers Collection for the Study of English Literature 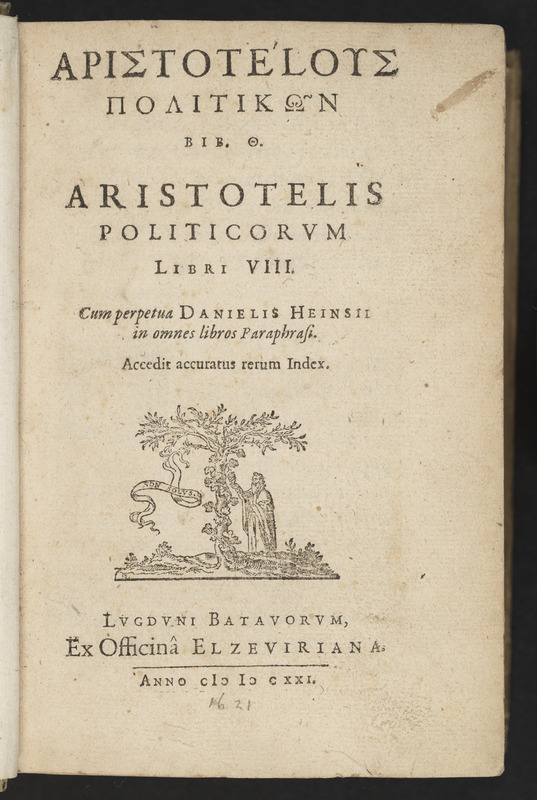 In his treatise on Politics, Aristotle builds on Plato’s description of humanity as having essential natures by positing that some individuals are born as “natural slaves.” Though scholars debate whether Aristotle intended to link the concept of slavery to particular racial and ethnic groups, his writings were widely read by Western scholars throughout the early modern period as a justification for the transatlantic slave trade. 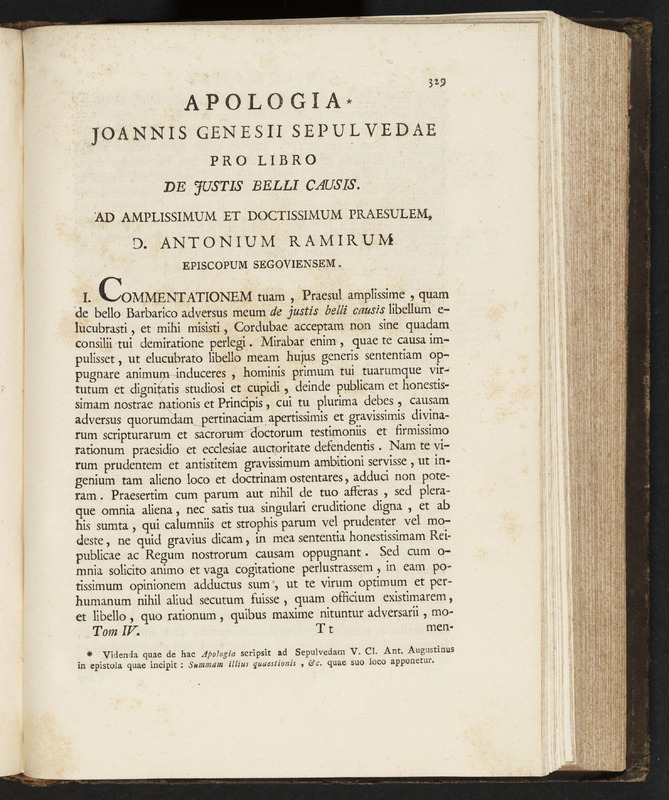 Distributed in 1550, but not published in his lifetime, Sepulveda’s Democrates alter argued that Aristotle’s concept of the natural slave justified the Spanish conquest and enslavement of indigenous peoples in the Americas. His Apologia, published posthumously in 1780, further defended his position, characterizing Native Americans as “barbarians” likely because they were non-Christian peoples. He wrote that “such men must obey those who are more civilized and prudent in order that they may be governed by better mores and institutions.” 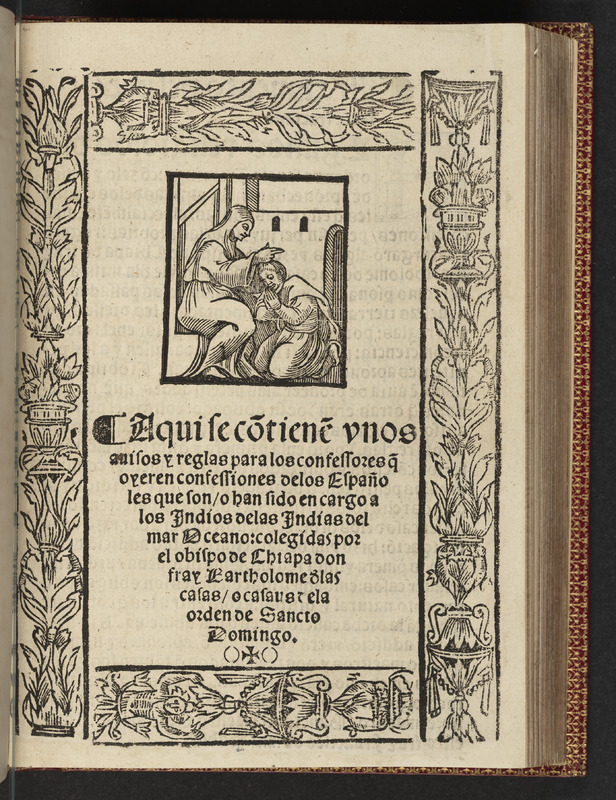 Although he argued against Sepulveda’s assertion that indigenous peoples of the Americas were inherently servile, Dominican friar and Bishop in Chiapas, Mexico Bartolomé de las Casas advocated for the continued use of Africans as slaves. Las Casas’s seemingly contradictory position on people from Africa and people from the Americas highlights how the transatlantic slave trade profoundly affected the concept of racial difference. 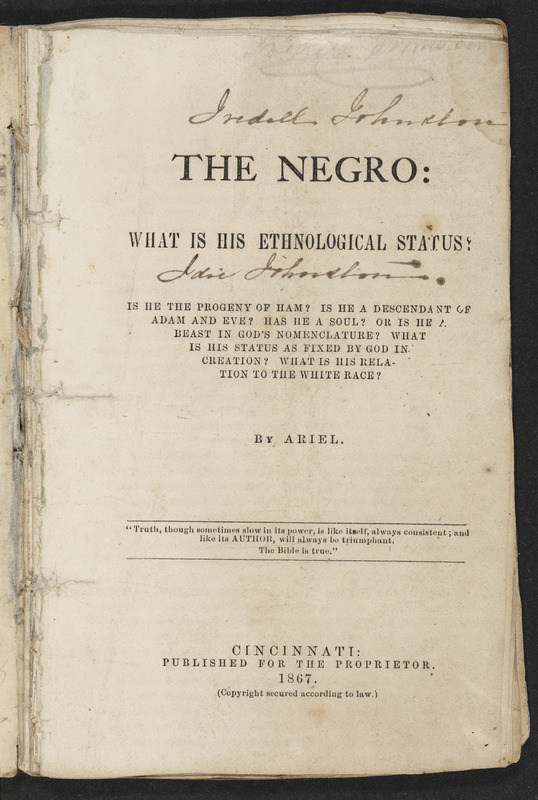 The Negro: What is His Ethnological Status?

Interpretations of the Biblical curse of Noah’s son Ham took on a decidedly anti-black turn during the centuries of the transatlantic slave trade. They became a common justification for the enslavement of Africans, who were said to be descendants of Ham. In his widely distributed white supremacist pamphlet, Buckner Payne argued against the curse of Ham theory, instead insisting that dark-skinned Africans were an entirely different species from whites. 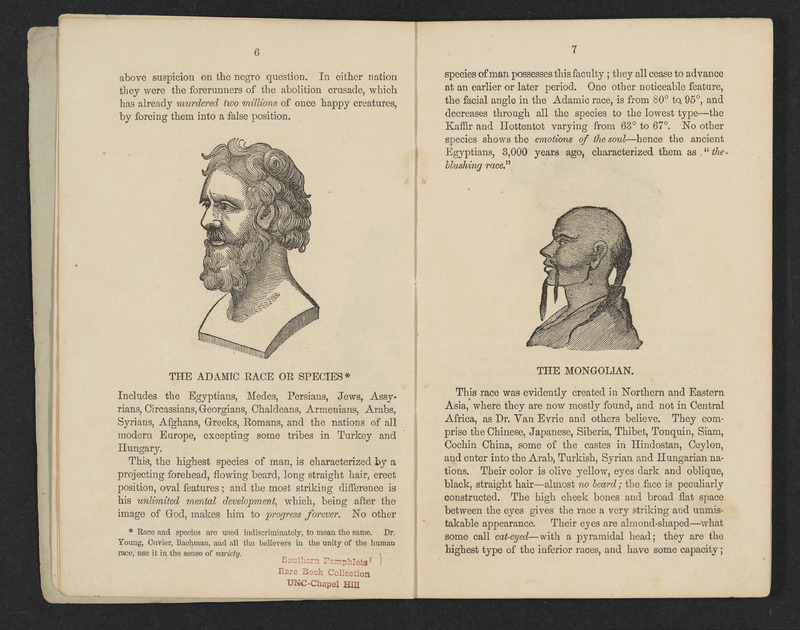 The Adamic Race: A Reply to “Ariel”

Payne’s “Ariel’ pamphlet sparked a heated debate about the nature and classification of the races of man that blended pseudo-science and Biblical interpretation. In this reply, though the author disagrees with Payne’s assertation that people of African descent were inhuman, he still insists that races constitute separate species, advancing a white supremacist notion of whites as the race of Adam.