America and the Making of Race 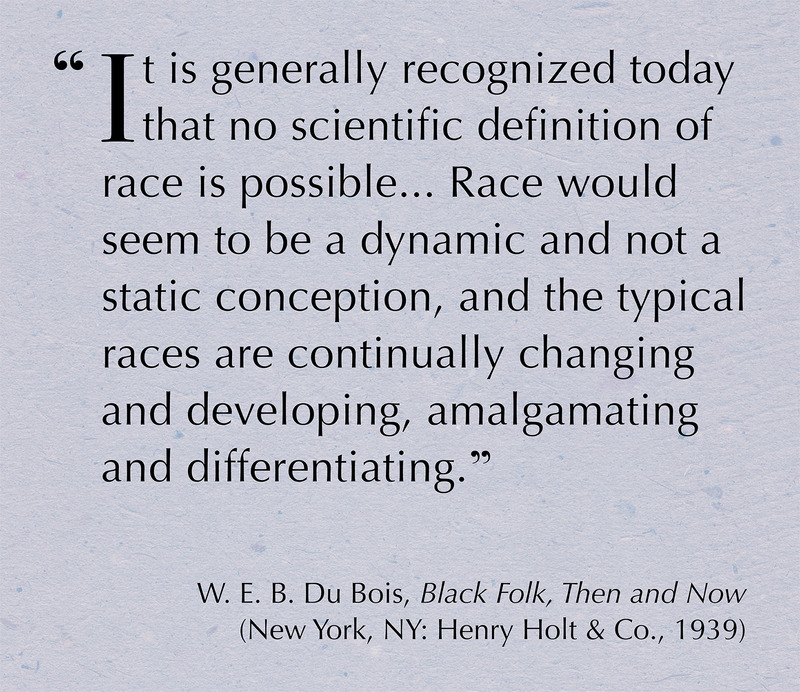 The United States of America would look very different today had previous generations not relied on slavery, genocide, racism, and xenophobic policies to ensure that the white population could govern and expand across the North American continent. Ideas presented in this exhibit have been used throughout American history to promote the interests of white citizens, often permeating popular culture and folklore. Some attempts to question these ideas, such as those by authors Mark Twain and Bret Harte, instead only led to reinforcing them. 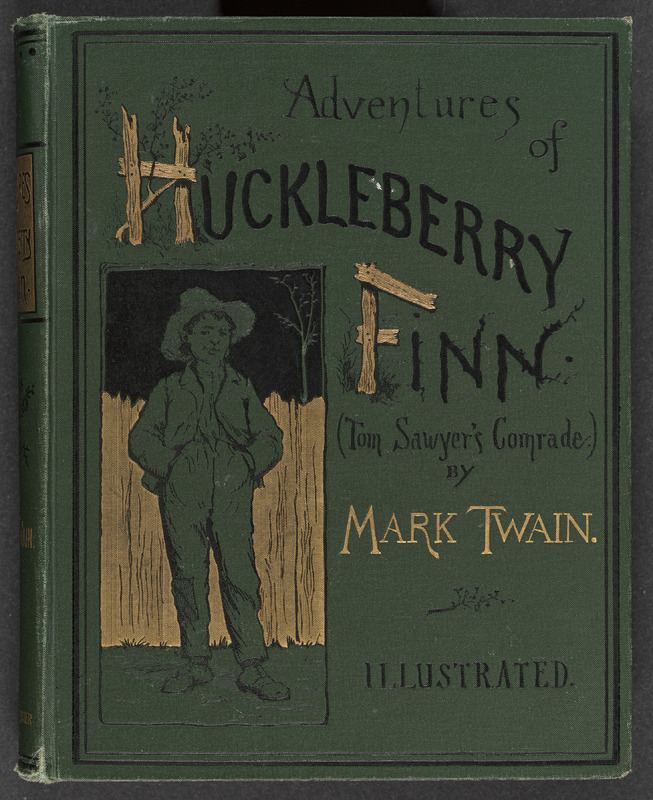 Author Mark Twain satirized racism in his Adventures of Huckleberry Finn, pointing out absurdities such as the runaway white child Huck wielding authority over the runaway adult slave Jim. Despite his intent, Twain’s racially charged language and depictions of African Americans has caused Huckleberry Finn to become one of the most controversial books in the United States. It is currently banned from being taught in some school districts. 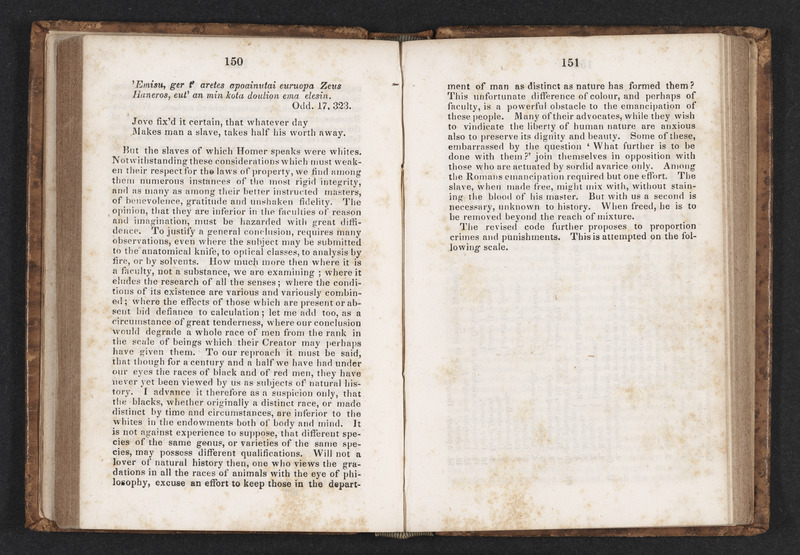 Notes on the State of Virginia

Thomas Jefferson originally wrote his Notes on the State of Virginia in 1781 to answer questions posed by a French diplomat. In his response to questions about laws and justice, Jefferson repeats claims about race made by his contemporaries, such as that blacks secreted less from their kidneys and had a distinctive smell. Jefferson states that blacks are inferior to whites and Native Americans, perhaps due to the conditions of slavery. Jefferson never officially proposed emancipation, and owned hundreds of enslaved persons throughout his lifetime, including at his Monticello estate. 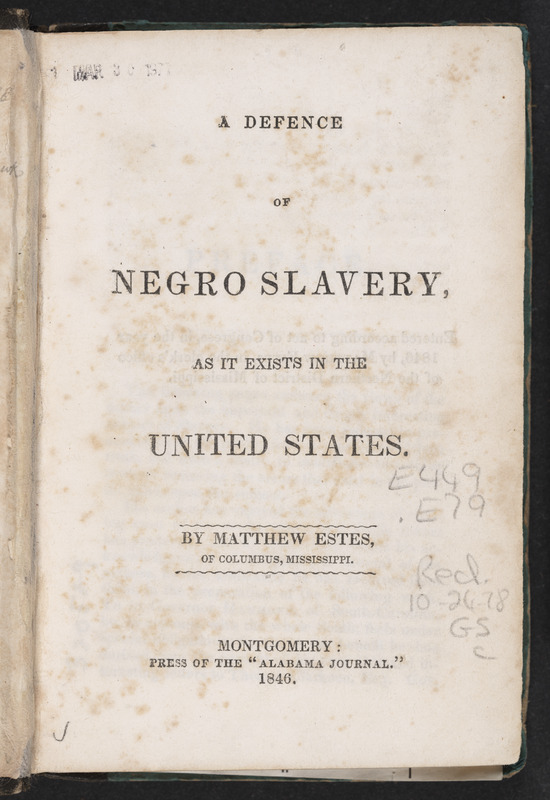 A Defence of Negro Slavery, as it Exists in the United States

Montgomery: Press of the “Alabama Journal,” 1846

In A Defence of Negro Slavery, Mississippi physician Matthew Estes combines religious, historical, and scientific arguments to justify slavery in the United States. Estes argues that African inferiority is natural and not the result of circumstances. He further argues that enslavement of Africans benefits everyone in America, including the slaves themselves. Estes’s arguments shared much with a growing pro-slavery medicine that emerged from the South in the decades leading up to the Civil War. 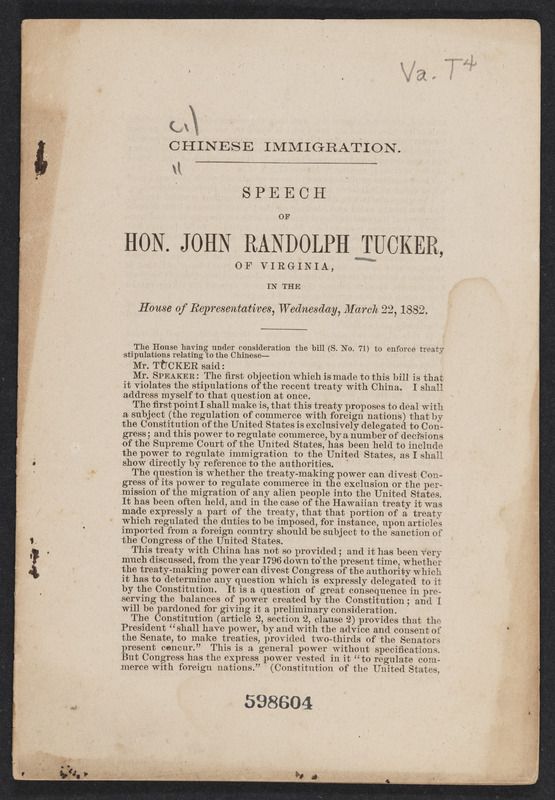 In this speech made to the U.S. House of Representatives, Virginia politician John Randolph Tucker argues that the United States’ “Constitution was ordained and established by our fathers for their posterity of the Caucasian people of America,” and that Chinese immigration “imperils the civilization of the Pacific coast” until the Caucasian population increases. In 1882, the same year this speech was given, the Chinese Exclusion Act was signed into law, becoming the first act to explicitly exclude a racial or ethnic group from immigrating to America. 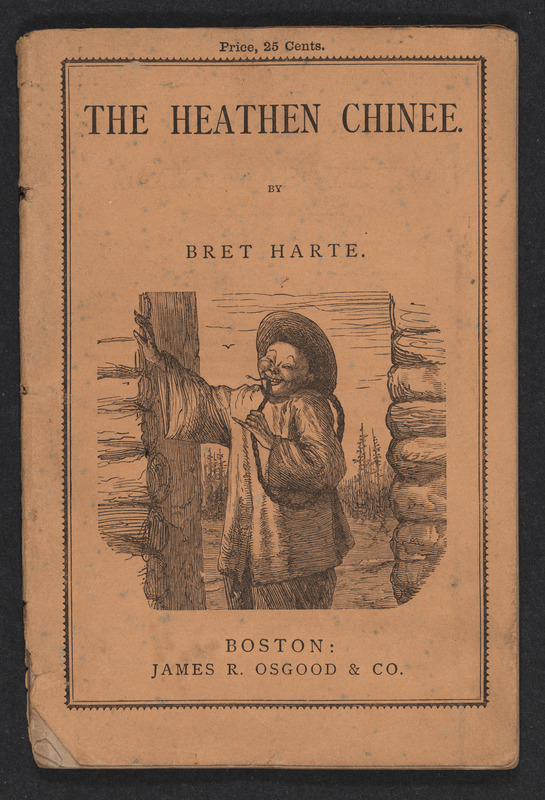 American short story writer and poet Bret Harte is best remembered for his short fiction about the California Gold Rush. Intended to satirize anti-Chinese sentiment in Northern California, this poem instead reinforced racism through its evocation of Chinese stereotypes, including broken English and racist iconography. 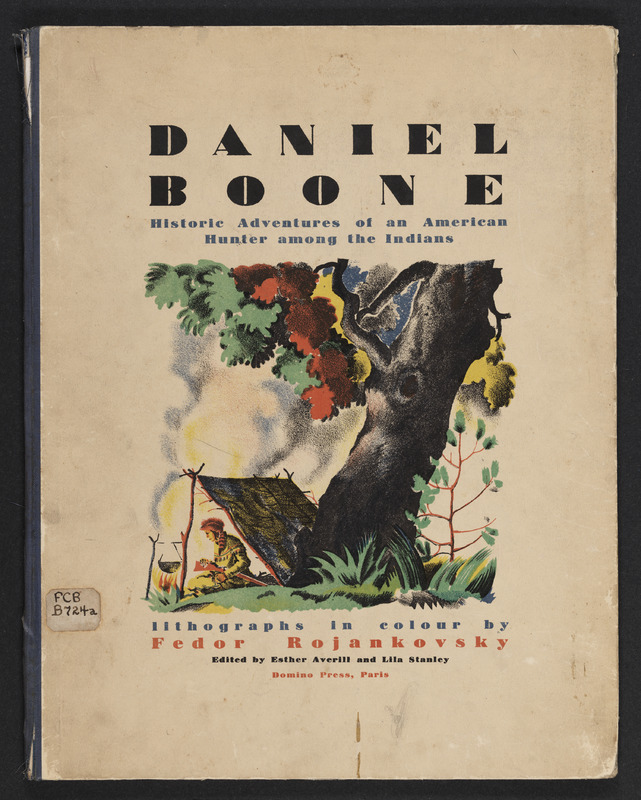 Daniel Boone: Historic Adventures of an American Hunter among the Indians

Colorful children’s books such as this one celebrate white settlers’ territorial expansion at the expense of American Indian tribes. In this book, the author asserts that the Shawnee Indians ended their siege of Boonesborough and went back to their villages during a thunderstorm, “believing their gods had turned against them.” According to historians, the Shawnee ended the siege after incurring heavy losses, not due to superstition. 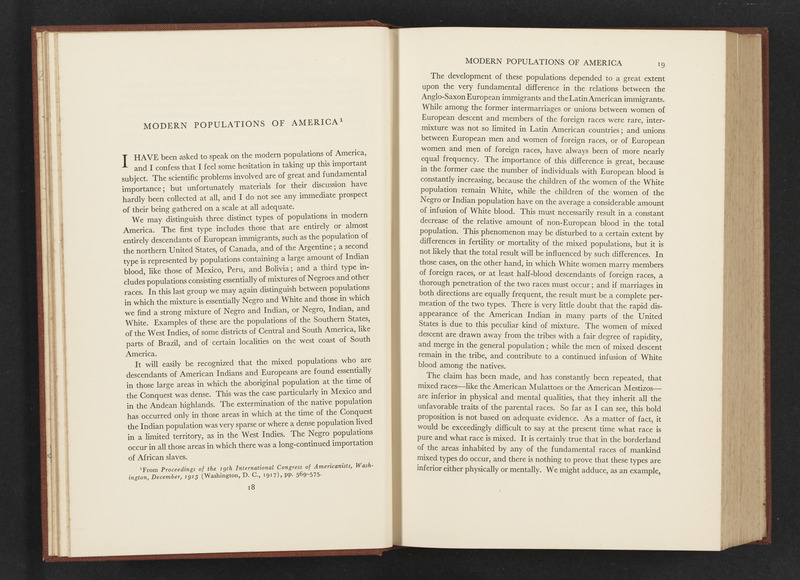 The German-born “Father of American Anthropology” Franz Boas (1858–1942) disputed scientific racism, including the common claim that American “mixed races” were inferior to Europeans. Boas studied populations throughout the world and spoke against the assumption that people from different cultures, such as Bushmen, were unintelligent or unskilled. 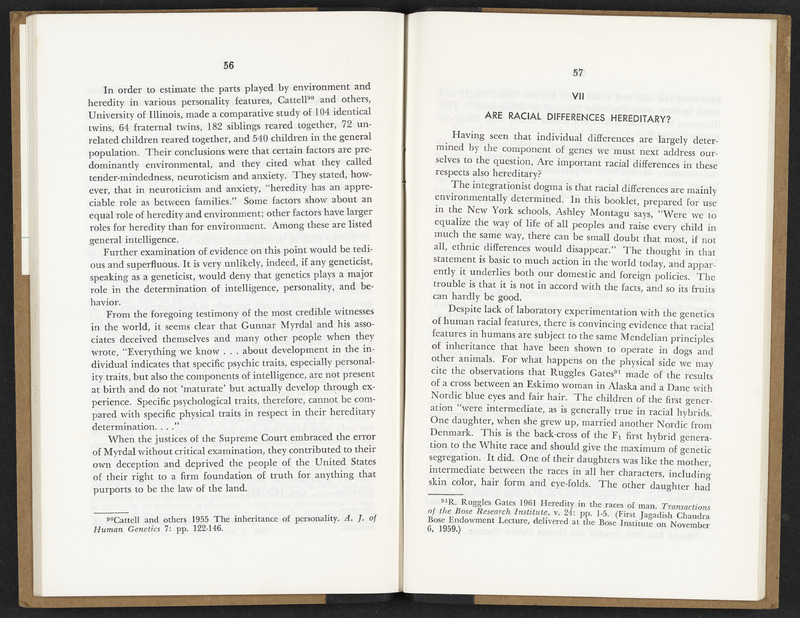 The Biology of the Race Problem

Wesley Critz George (1888–1982) was a professor of histology and embryology and chair of the Anatomy Department at the University of North Carolina at Chapel Hill School of Medicine. A researcher of the genetics of race, George opposed integration and race mixing, arguing that it would destroy the superior white race.  He disagreed with the Franz Boas’s views, stating that Boas was “educated [only] as a physicist-geographer” and “untrained in the fields of anatomy and general biology.”