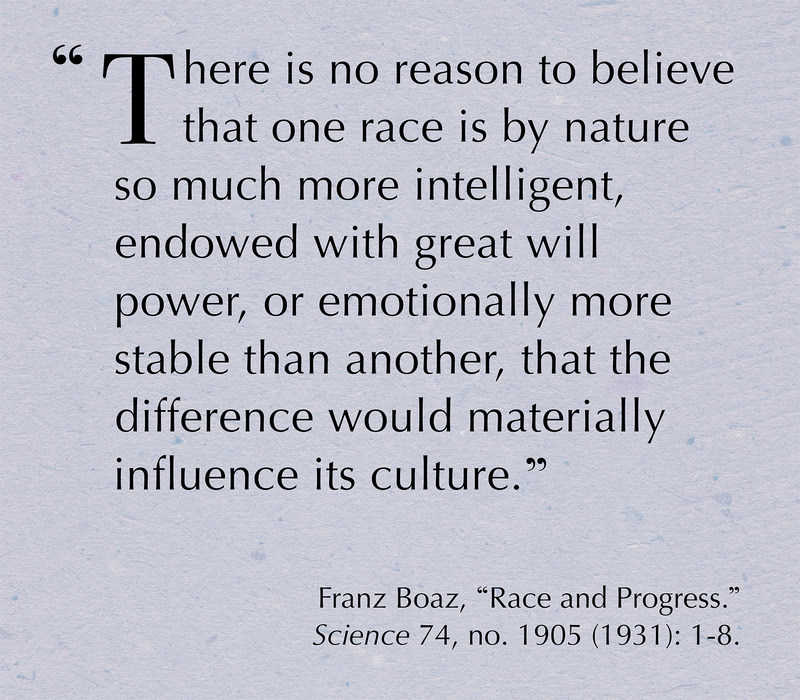 Eugenics is the practice of improving a human population by removing undesirable traits, either by encouraging breeding within socially desirable populations or by discouraging breeding within undesirable ones. Considered a “public good,” eugenics was widely accepted in academic and medical communities in the early twentieth century. Many states passed sterilization laws to prevent people with physical and mental disabilities from having children. Although support for eugenics greatly declined in response to the human experimentation and genocide carried out by the Nazis, sterilization programs continued in the United States until the 1970s. During the Civil Rights Movement, sterilization of African Americans and Latino/a populations increased, while sterilization of whites decreased. Relatedly, a number of anti-miscegenation statues were passed to prevent racial intermixture, which eugenicists believed threatened the illusory concept of racial purity. 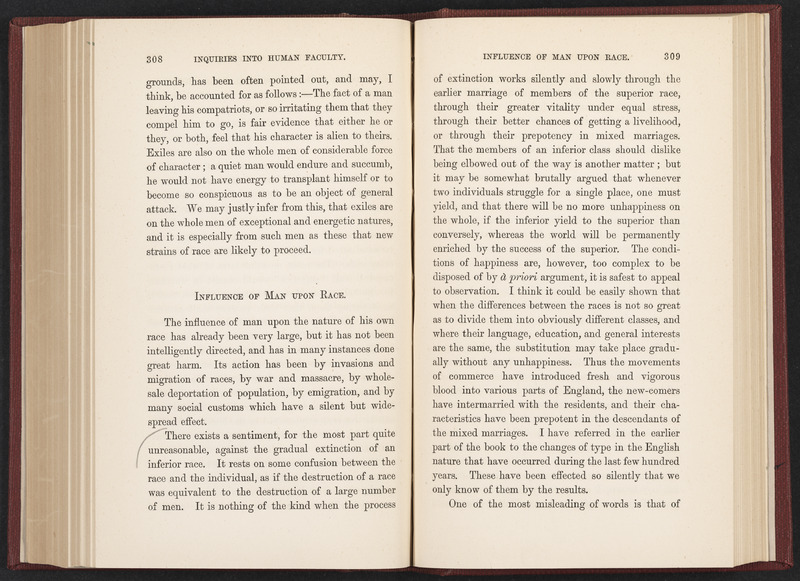 Inquiries into Human Faculty and its Development

Englishman Sir Francis Galton coined the term “eugenics” in 1883, the same year this book was published. Influenced by his cousin Charles Darwin’s 1859 publication On the Origin of Species, Galton studied variations in humans, arguing that “superior” races would inevitably replace “inferior” races. 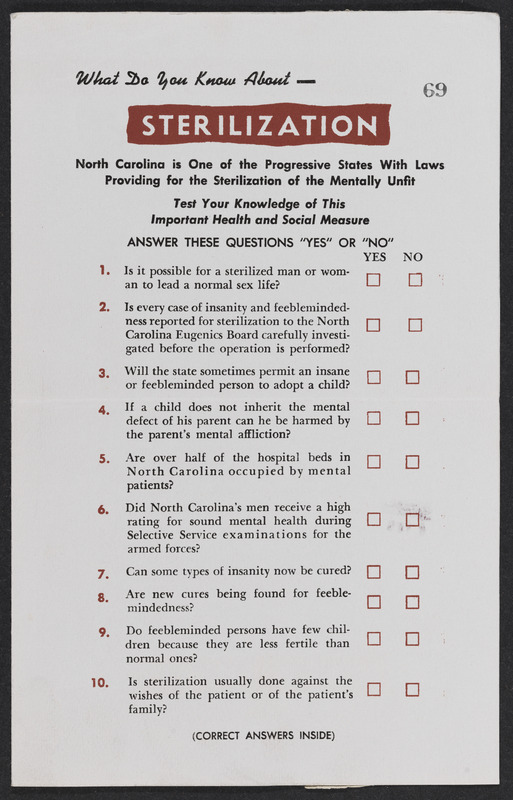 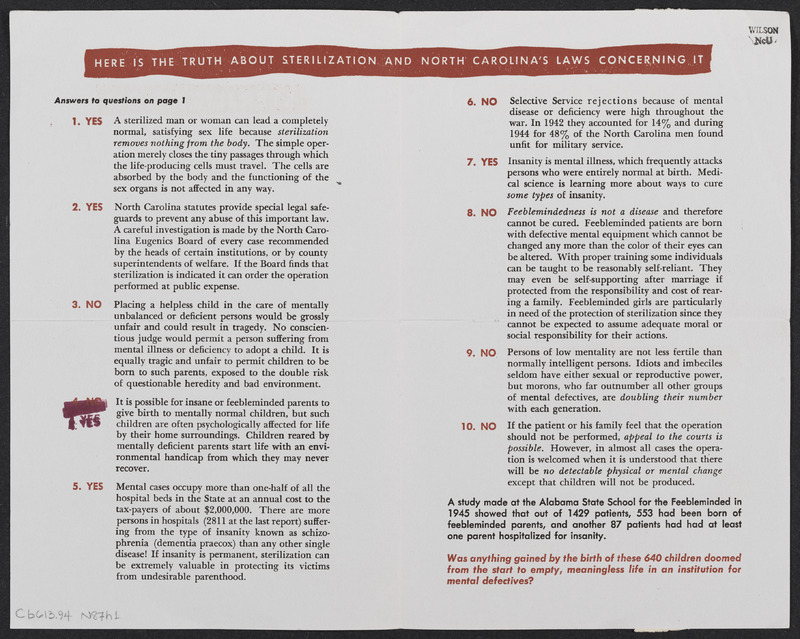 "What Do You Know About – Sterilization"

The Human Betterment League of North Carolina was formed in Winston-Salem, N.C., in 1947. The organization supported and promoted North Carolina’s sterilization laws, distributing publications such as this one. The back of this pamphlet includes the statement, “North Carolina is a leader among the progressive states which have provided the legal framework for such desirable social action.” 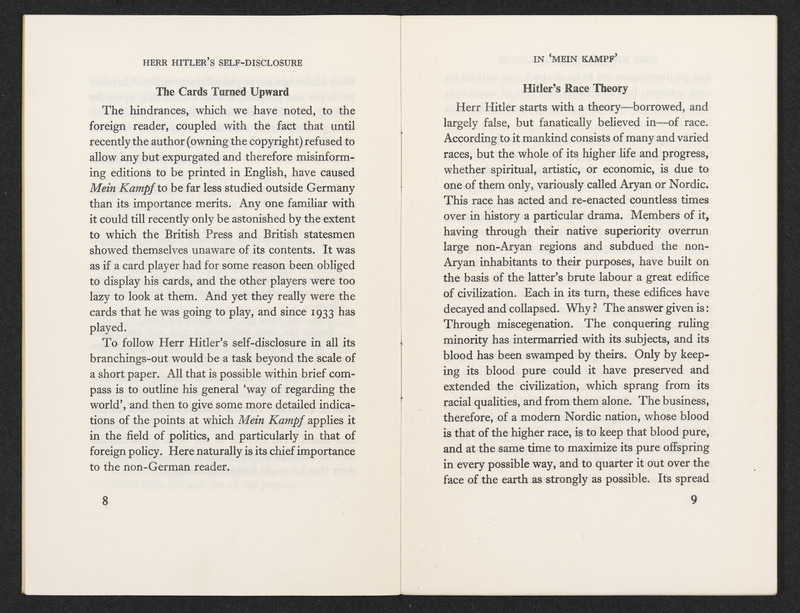 In this 1939 pamphlet, historian and journalist R. C. K. Ensor gives an account of Adolf Hitler’s policy ideas and “theory of race” as disclosed in Hitler’s book Mein Kampf. Ensor then describes the extent to which these policies had been carried out, as well as possibilities for the future. Ensor notes that Hitler’s belief that the Aryan race is superior to other races is “borrowed, and largely false, but fanatically believed in.” 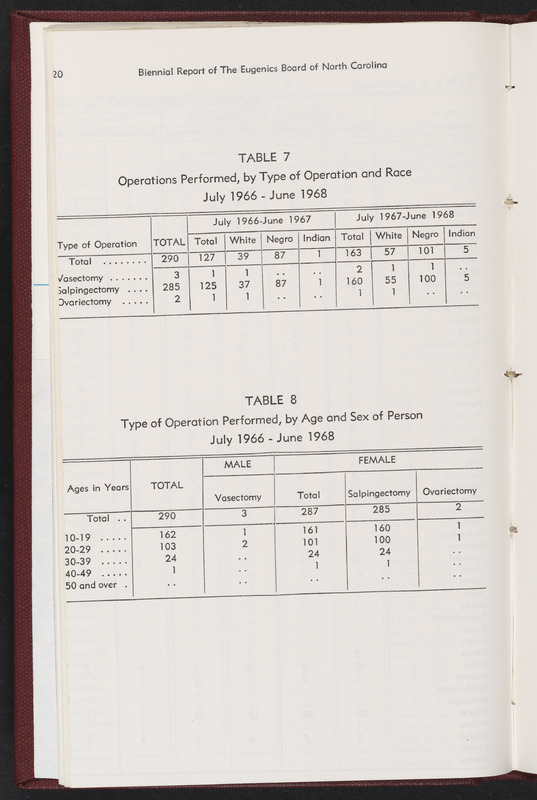 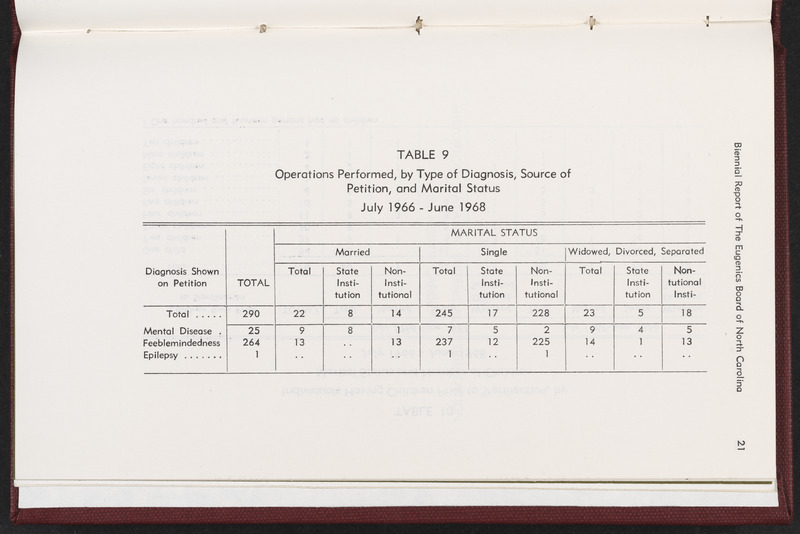 Biennial report of the Eugenics Board of North Carolina