Taxonomy, or the science of classification, became a major subject of scientific inquiry during the eighteenth century, spurred by the publication of Carl von Linné’s Systema Naturae (1734), which established a binomial system of classification still used by scientists today. Driven largely by naturalists, the search for a classification system for mankind created a seismic shift in scientific theories of racial difference. Increasingly, physical differences such as hair and skin color were taken as signs that races represented divergent species. Some, who would later be labeled polygenists, believed all races were descended from different ancestors entirely. 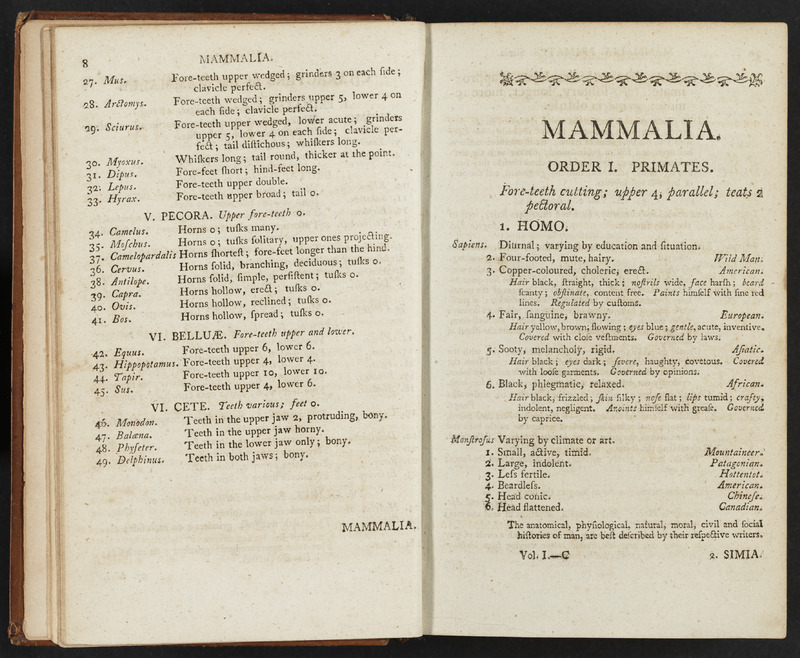 A General System of Nature

Linnaeus’s system of taxonomy revolutionized how biologists categorized and understood relationships between animals. This transformation had a profound effect on theories of race, as Linnaeus and many of his followers defined race as analogous to species. Here, he subdivides Homo sapiens into four races: American, European, Asiatic, and African. In this way, Linnaeus argued that Homo sapiens existed in four basic varieties, defined primarily by geography, rather than by physiological differences. 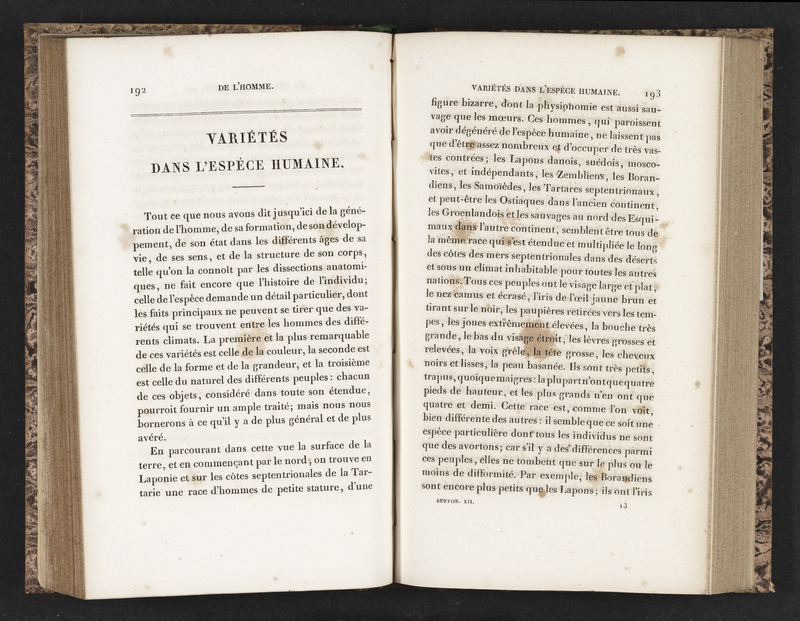 Buffon disagreed with many of Linnaeus’s theories, including his taxonomic system. Although a monogenist, a believer that all human beings are part of the same species, Buffon promulgated the so-called degeneration theory. This theory proposed that whites were the original race and all other races were formed through degeneration due to poor climate and diet. 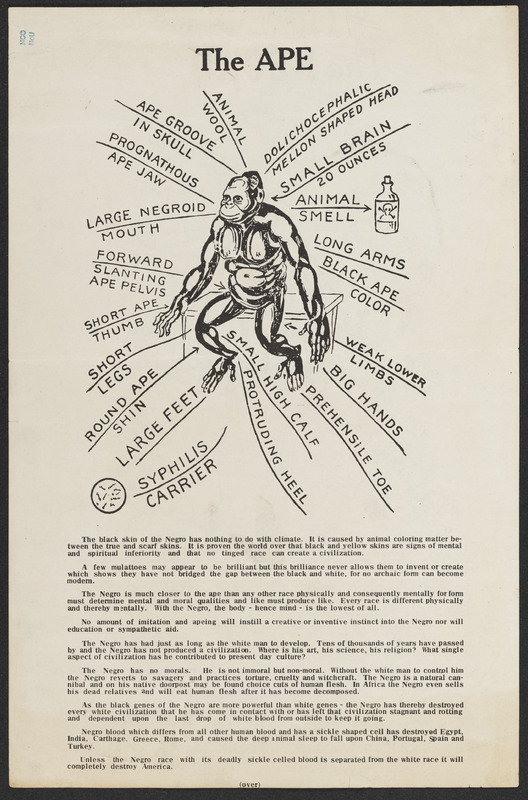 Even after scientific consensus abandoned polygenist theories, the language of taxonomy remained at the center of white supremacist ideology. In this broadside produced as anti-civil rights propaganda, people of African descent are compared to apes, using pseudo-scientific terminology. On the reverse, a depiction of an African American as ape-like appears.