In times of war, large numbers of new soldiers pass through military training camps. Camp newspapers provide these transient audiences with information not only about military affairs, but also social events, religious services, health matters, and athletic events taking place in the camp and in adjacent civilian communities. The military newspapers of each time period possess a distinctive propaganda style to motivate their readers. 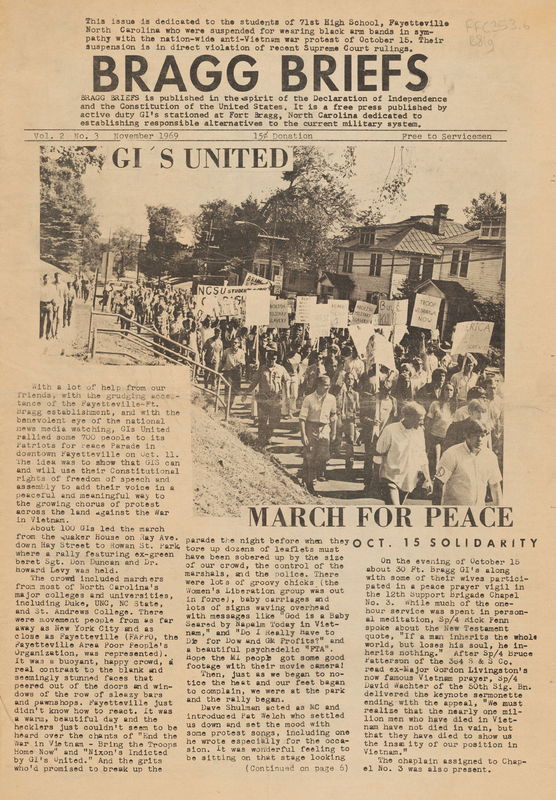 As the United States became ever more deeply involved in Vietnam, Cambodia, and Laos in the 1960s and 1970s, opposition to the war by both civilians and the military grew. Beginning in July 1969, soldiers based at Fort Bragg near Fayetteville began publishing Bragg Briefs, a newspaper “dedicated to establishing responsible alternatives to the current military system.” Bragg Briefs possessed a strident anti-war tone as it reported on anti-war demonstrations and activities by celebrities around the country. The Fort Bragg leadership attempted to ban the distribution of Bragg Briefs within the base, resulting in a prolonged lawsuit initiated by the newspaper. 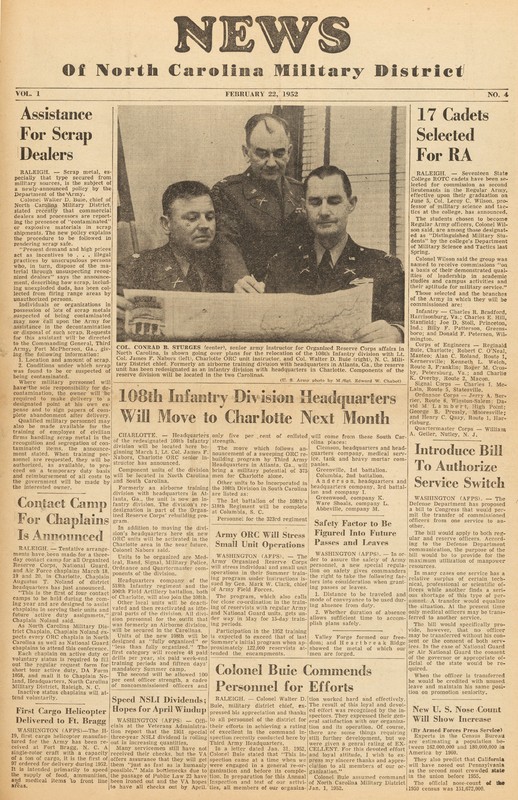 News Of North Carolina Military District was first published in October 1951, a year after the outbreak of the Korean War. The paper reported on the personnel and activities of the military who interacted with civilian units in North Carolina, including recruiters, the Reserve Officers’ Training Corps and the National Guard. The newspaper also provided service news, stories about weaponry, local entertainment,  and sporting news, along with the occasional photogenic female pinup. The Korean War itself received modest mention, primarily in the form of drawings of the exploits of American Medal of Honor winners fighting against a nearly invisible foe. 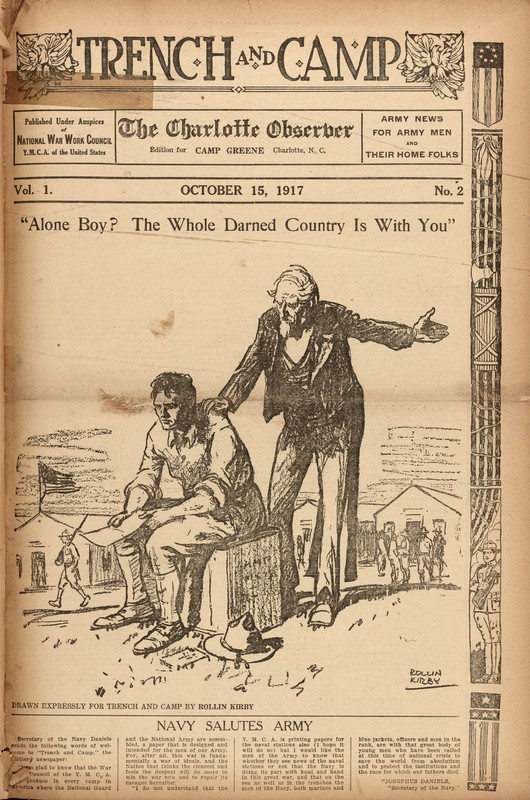 Shortly after the United States entered World War I in April 1917, a massive Army training facility named Camp Greene was established in Charlotte. At the same time, the federal government announced the publication of weekly newspapers at each of over thirty new training camps. Under the auspices of the Young Men’s Christian Association, the Charlotte Observer newspaper printed the first edition of Trench And Camp on October 8, 1917. In addition to war news, stories about military personnel, activities taking place in Camp Greene or Charlotte, and advertisements, the paper included cartoons featuring American soldiers crusading against the German “Huns.”

Visit DigitalNC.org for more issues of the Trench and Camp. 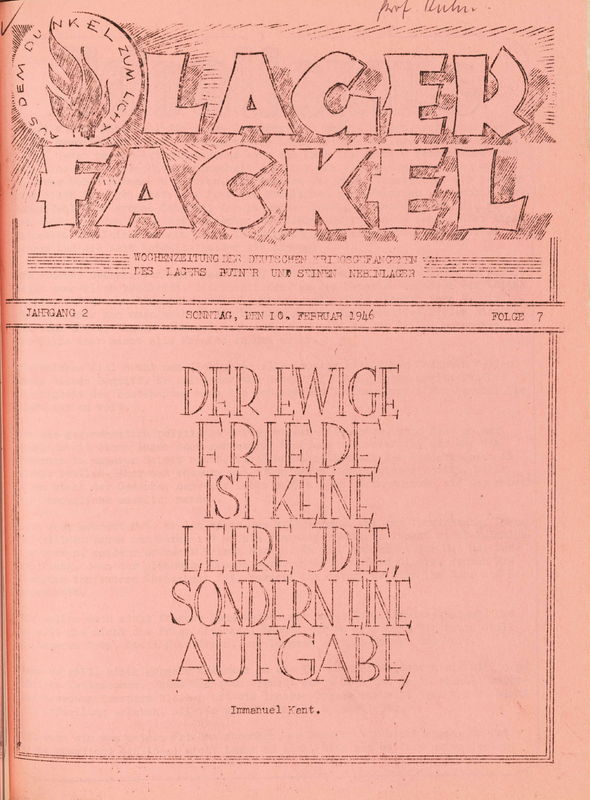 Prisoner of war camps were established in eighteen locations in North Carolina during World War II. One of the largest POW facilities was located at Camp Butner in Granville County, which held as many as 3,000 mostly German prisoners. These men were put to work on local farms. The camp authorities allowed the German prisoners to publish a weekly newspaper, Lager Fackel, (Camp Torch) to keep them occupied. The paper also provided the Americans with insights about what the prisoners were thinking. Lager Fackel printed announcements of POW activities including musical and theatrical performances, movie nights, sports, and religious services.

The newspaper was intellectual in tone with articles discussing the future of Germany, the merits of democracy, and the fine arts. There was little mention of the war or the Nazi regime. The writers expressed a strong desire to return home but were unsure what life would be like when they did. The prisoners were forcibly repatriated back to Europe in the spring of 1946.