When some North Carolina communities did not see themselves in the coverage of mainstream daily newspapers, they started their own publications. These papers served to elevate, inform, and connect members and reflected their opinions and concerns. Q-notes, an LGBTQ newspaper, and Network of North Carolina Women galvanized pride in identity. The Prison News and Northeast Durham Community Voice publications also contributed to a sense of pride in community and emphasized skill building. Tangents and Inquisition both represent cases where students lacked editorial freedom and took control of their own narrative. 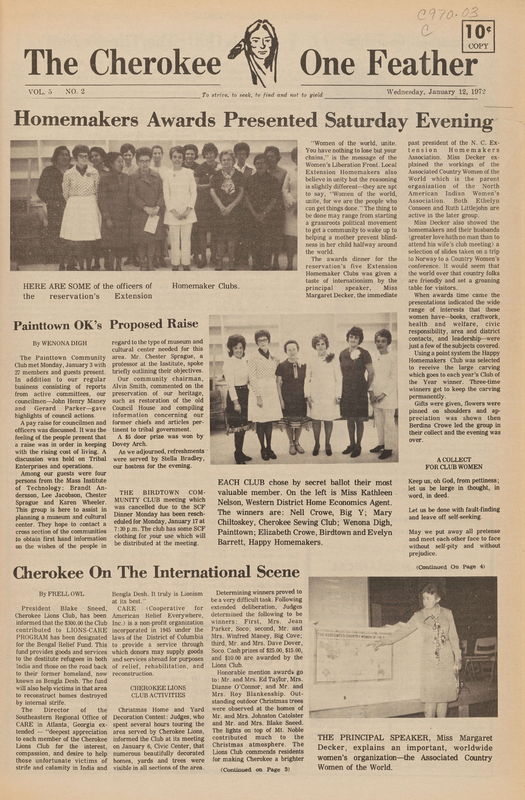 The Cherokee One Feather is the official newspaper for the Eastern Band of Cherokee Indians. The newspaper contains articles about civic news, community issues and events, and local school academics and sports. This edition includes an editorial exhorting Native Americans to develop future community leaders.

The masthead of this monthly newspaper, printed in Weldon, N.C. proclaimed that it was “The Newspaper for all the people of Halifax and Northampton Counties.” The publication possessed a strong progressive bent, for example, printing a series exposing excessive use of force by Roanoke Rapids police. As a consequence of upsetting the status quo, opponents of the People’s Voice pressured advertisers in the newspaper to drop their support. The financial boycott was sufficiently effective that the editor of the People’s Voice began charging for the formerly free newspaper and requested financial donations from supporters to keep the newspaper afloat. 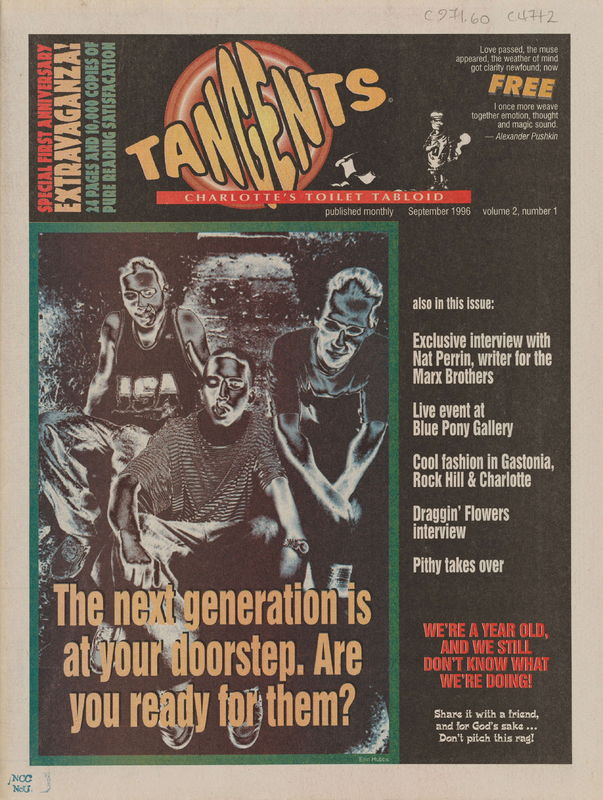 The magazine Tangents was conceived in conflict. After clashing with student media over editorial control, UNC-Charlotte student newspaper reporters started their own magazine. The free Charlotte-based print magazine promoted local artists, writers, and musicians, and ran feature stories about current issues. Tangents’ sardonic wit is exemplified in its masthead slogan “Charlotte’s Toilet Tabloid” and its fictitious mascot, “Dicky Typoe.” The magazine printed 10,000 copies per month at its peak and was distributed in Charlotte, the North Carolina mountains, New York, and Georgia. Tangents won awards from the N.C. Press Club and the National Federation of Press Women. The print magazine ran from 1995-1998, but was revived as an online magazine in 2015. 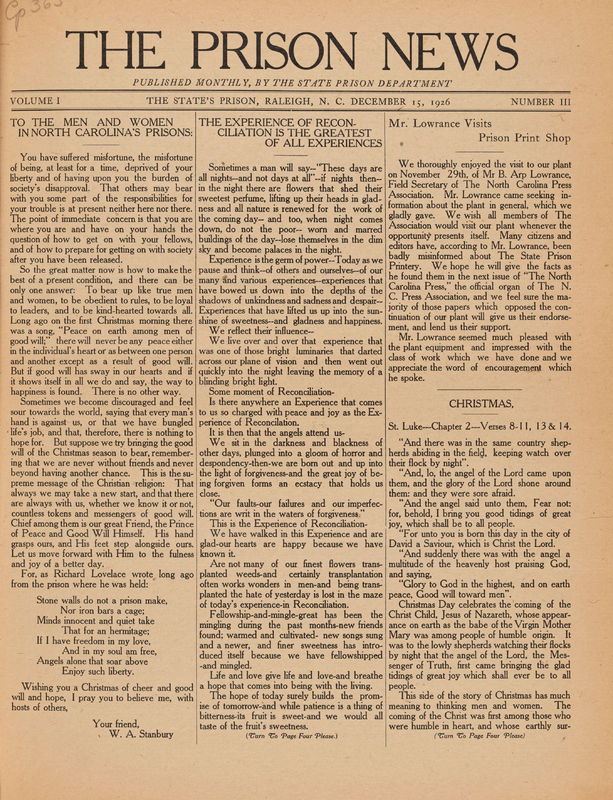 Prison newspapers first appeared in the late 1800s inspired by reform movements which sought to improve conditions in penitentiaries. The Prison News was written, edited, and printed by inmates, providing a creative outlet while teaching new skills. The paper was read by inmates but was also distributed beyond prison walls. Articles featured news about events taking place in the North Carolina prison system, such as sports, notable visitors, and the administration of the prison. Editors emphasized rehabilitation and included a monthly list of prisoners who were punished with solitary confinement. 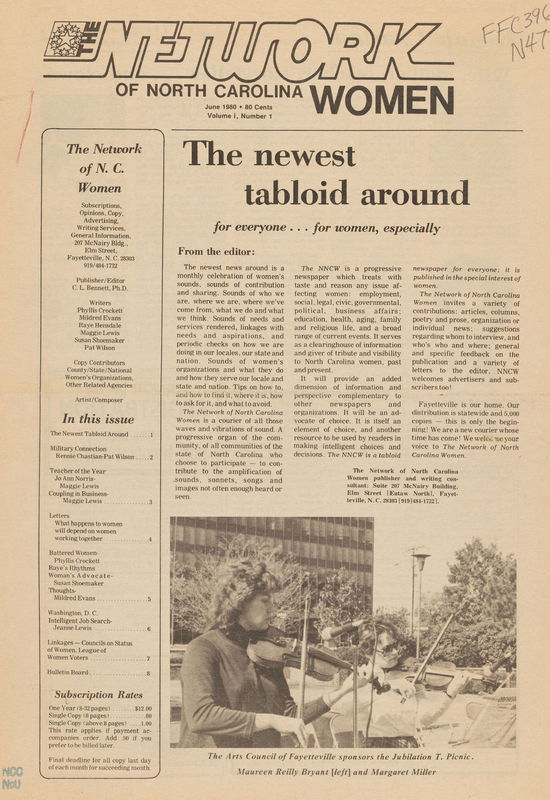 Network of North Carolina Women was a progressive paper published during the last years of second-wave feminism, a roughly twenty-year period of feminist activity and thought that began in the United States in the early 1960s. Written and published for and by women, NNCW provided information about women in the workplace, family life, politics, health, and current events. This inaugural issue celebrates the careers and achievements of individual women in the state, including a professional clown and North Carolina’s teacher of the year. 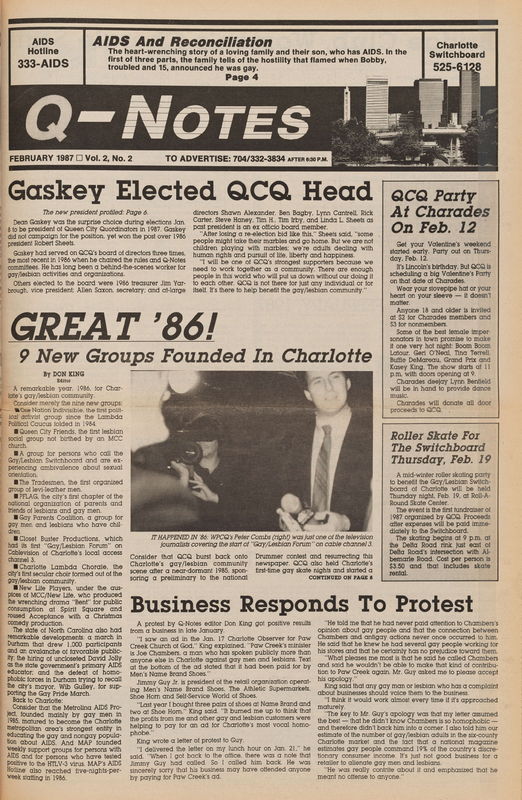 Q-notes (which began as Queen City Notes and is now qnotes) is a LGBTQ (Lesbian, Gay, Bisexual, Transgender, and Queer) arts, entertainment, and news publication based in Charlotte. With a circulation of 11,000 print copies, it is the largest print publication serving the LGBTQ and ally communities in the American Southeast. The paper informs its readers about LGBTQ life and social justice issues, covering political campaign events and LGBTQ activism. In 2012, qnotes created a consortium of LGBTQ newspapers across the U.S. and coordinated their coverage of the 2012 Democratic National Convention. 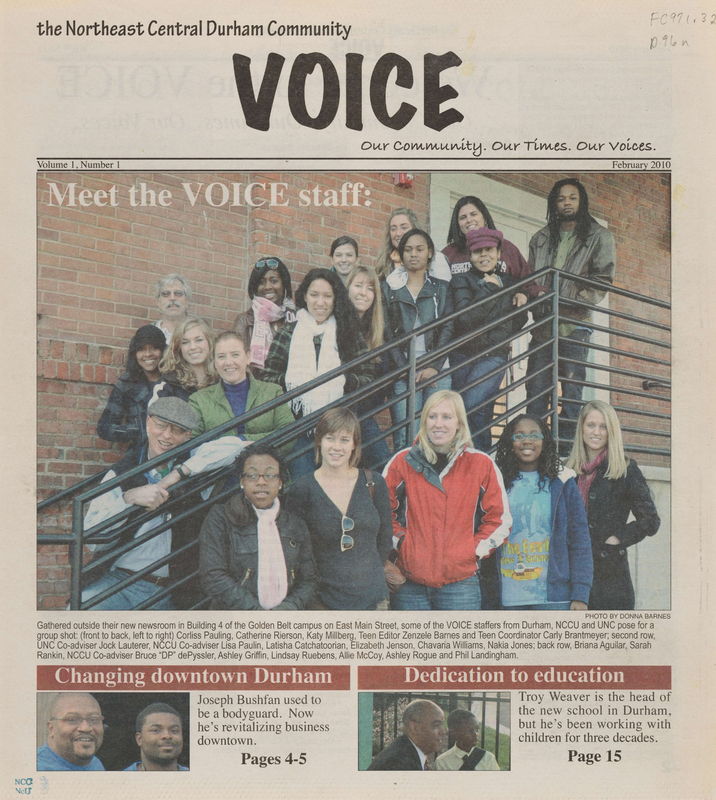 The Voice focuses on the Northeast Central Durham community, a region plagued by high crime rates and economic instability. The paper is a collaboration between the journalism programs at UNC-Chapel Hill and North Carolina Central University, the City of Durham, area teens, and local leaders and organizations. Co-publisher Jock Lauterer states that the paper aims to strengthen the community “by encouraging a vital civic life and developing a positive sense of place.” Area teens are encouraged to join the staff so that they may acquire skills that will enable them to effectively participate in civic discussions and pursue new educational and career opportunities. The Voice has a circulation of 2,000 and is available at 60 drop spots throughout central Durham. 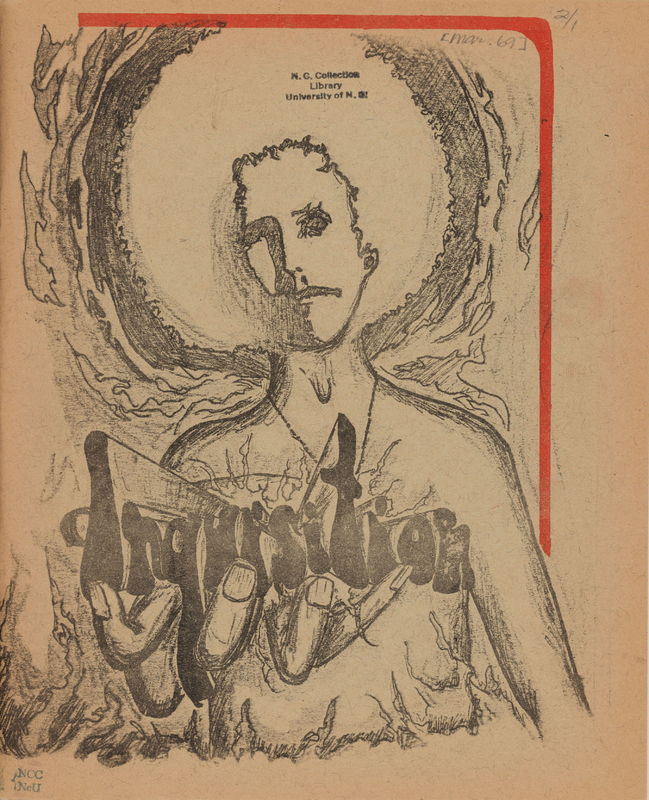 Inquisition began as a literary and artistic publication whose primary editors were high school students frustrated by school-related issues of censorship. Inquisition covered counterculture topics such as drugs, sex, and war protest. When school officials tried to suppress the paper, the students appealed to the school board, which supported the administration. The City of Charlotte also attempted to ban the paper because the offset duplicator used to print the paper was in a student’s home, a “business use” that was a zoning violation. The matter escalated to a freedom of speech conflict with a trial before Judge Sam J. Ervin III. The students, supported by the ACLU, won, setting a major precedent. The ruling on behalf of Inquisition influenced the underground press movement and led to an increase in the number of Southern small press and underground publications.