Amid North Carolina's fertile coastal plains and lush foothills, farming crops and raising livestock has been a staple of North Carolina life for centuries. From the mid-1800s, investors and farmers recognized that money could be made from the development of farming communities and the use of technological innovation. During the early 1900s, the state moved from generic stocks of plants and animals to the production of specific strains and breeds for best product and profit. Newsletters provided farmers with market prices and information about pest management, soil nutrition, and other best practices. 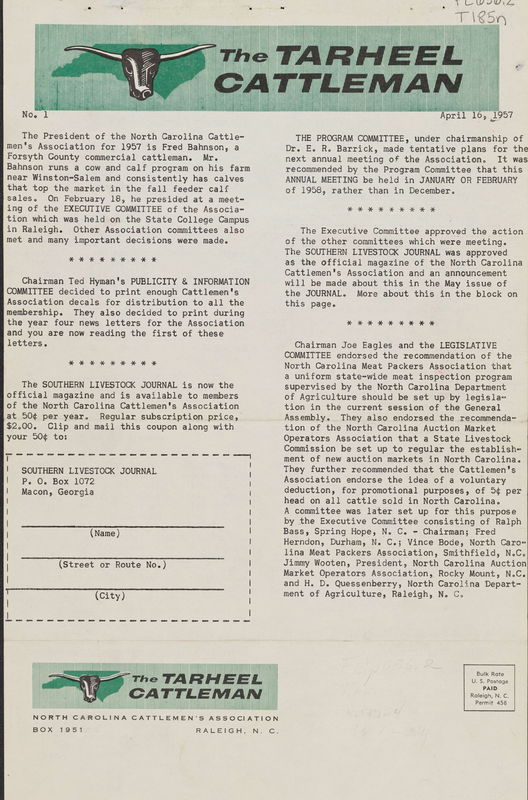 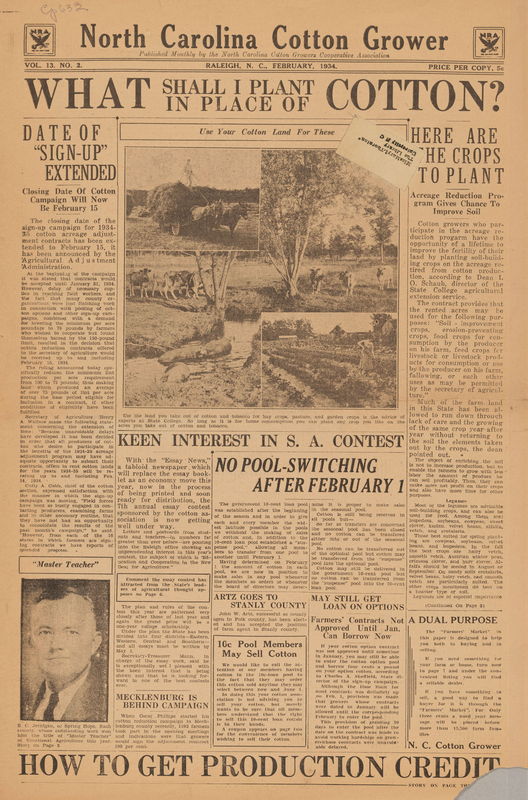 In 1920, cotton accounted for 25 percent of the state's agricultural acreage and total crop value. When cotton prices dipped after World War I, falling from 40 to 10 cents per pound, cooperative marketing strategies were seen by many as the only solution to the industry's faltering stability. In 1922, the North Carolina Cotton Growers Co-operative Association began as a means for individual farmers to achieve group bargaining power with textile mills, warehouses, and other markets. NC Cotton Grower helped recruit and connect the members of the Cotton Growers Co-operative Association across the state. 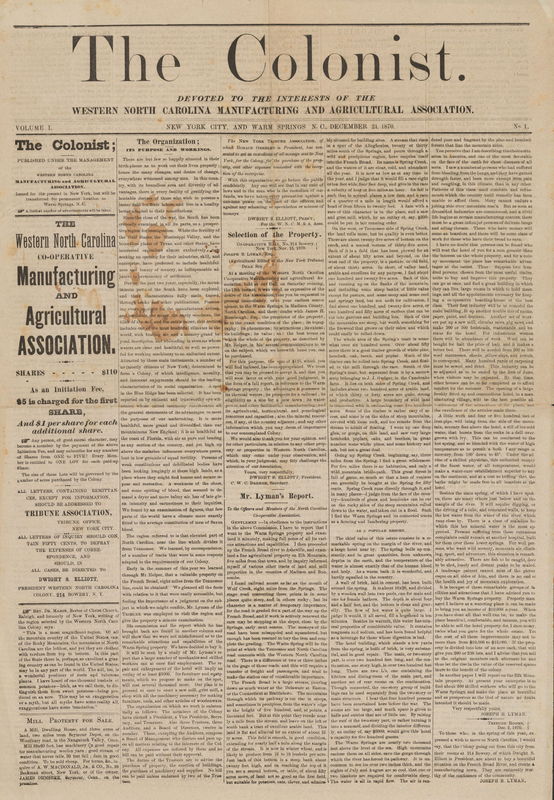 The Colonist was published as a means to attract settlers to a proposed community called Warm Springs Colony. The stockholders of Western North Carolina Co-operative Manufacturing and Agricultural Association of New York City sought to establish two colonies--one for manufacturing, one for agriculture--on the French Broad River in Madison County. The Colonist advertised for hundreds of farmers and workers skilled in wood, iron, and stone, each to own one share in the association. Although the two colonies proved unsuccessful, infrastructure was in place, and the community's name was changed to Hot Springs in 1886 and the town incorporated three years later. 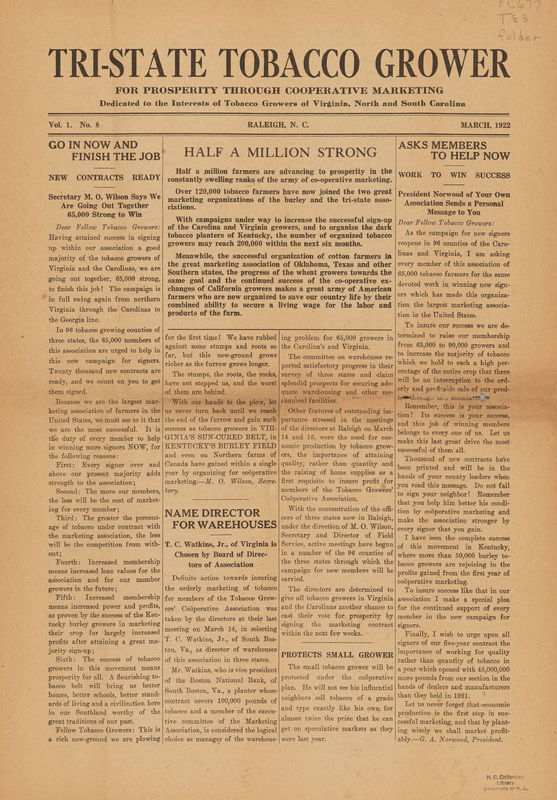 The Tri-State Tobacco Growers Association was formed in 1921 as a cooperative of Virginia, North Carolina, and South Carolina tobacco farmers in response to falling crop prices after World War I. In joining the cooperative, farmers contracted to send their crops to the Association, which would, in turn, grade, re-dry and sell the tobacco to manufacturers. At its peak the cooperative boasted more than 90,000 farmers among its membership, but folded in 1925 due to membership dissatisfaction with the service. Tri-State Tobacco Growers served as a means of communication between members.