Religious faith is at the center of life for many North Carolinians. In addition to providing a space for prayer and learning, houses of worship also function as community centers. This was especially true in the 1800s, when religious practice was almost universal. By the mid-1800s, Protestant denominations in the state began to publish newspapers, which evangelized and provided church-related and community news. They also took positions on the important issues of the era, including slavery, temperance, and women's suffrage. Faith-based newspapers are still published today and reflect the full diversity of beliefs found in our state. 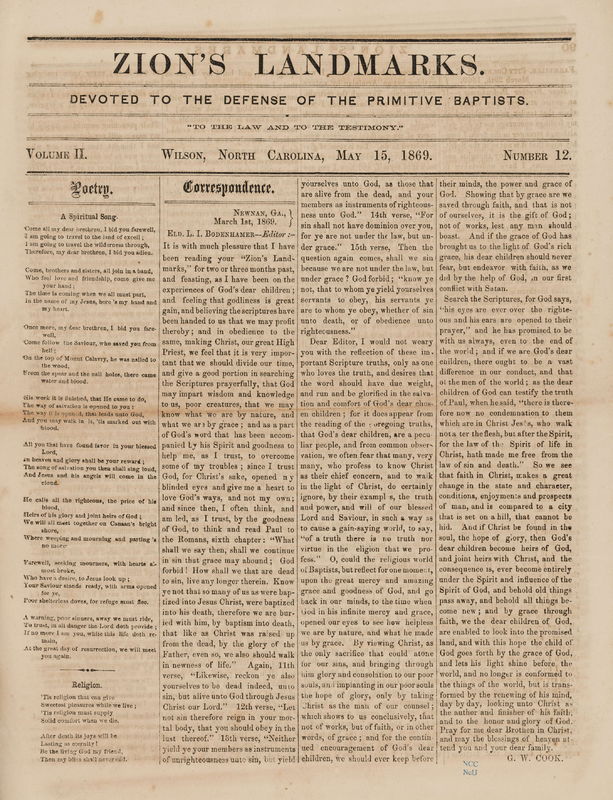 Primitive Baptist minister L.I. Bodenheimer began publishing Zion’s Landmarks in 1867 to connect Primitive Baptists in the state and the South. Subscribers from Virginia to Texas read sermons, Bible passages, and news of the Primitive Baptist community, including marriage announcements and obituaries. The paper also published altar calls, appeals to worshippers to publicly declare a decision to commit their lives to Christ.

Visit DigitalNC.org for more issues of the Zion's Landmarks. 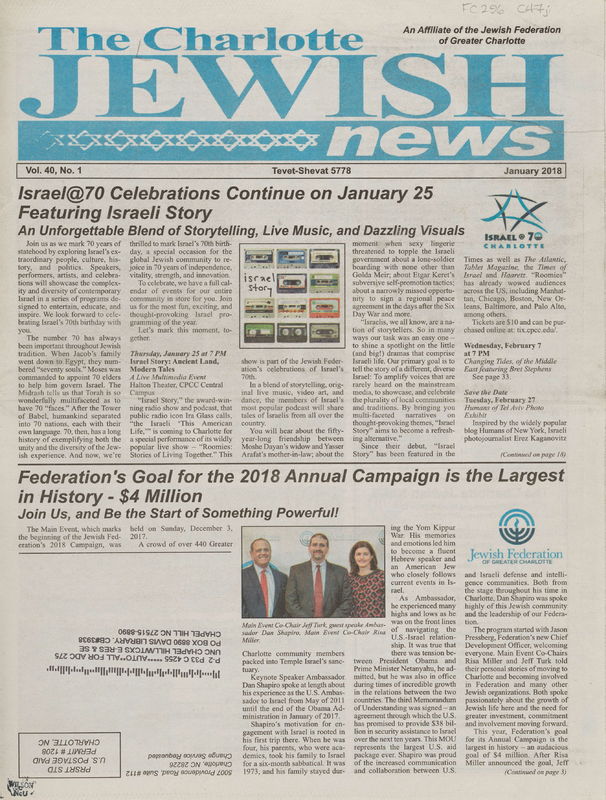 The Charlotte Jewish News was founded in 1979 to bring the Jewish community closer together. The paper reports on news and upcoming events of local agencies, accomplishments and opinions from members of the Jewish community, and stories about Jewish life and traditions.

Visit DigitalNC.org for more issues of the Charlotte Jewish News. 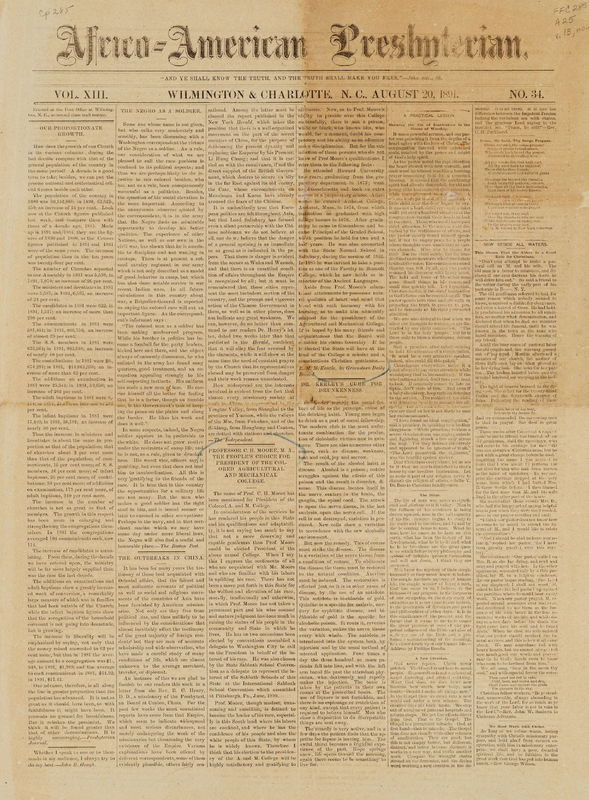 The Africo-American Presbyterian stated its purpose as meeting the "Educational, Material, Moral, and Religious Interests of our people in the South.” Targeted to Black Presbyterians, the paper provided “carefully selected reading material suited to all classes of our people—the farmer, the mechanic, the artisan and the professional man.” This issue contains several reprints from other newspapers: one supporting the growing role of women in journalism and another lamenting the average housewife’s lack of knowledge about plumbing.