Since the first issue of the Fayetteville Educator appeared in 1874, newspapers aimed at African American audiences have focused on the religious, political, and social concerns of North Carolina's Black communities. These papers highlight the achievements of African Americans while covering some of the same state, national, and international topics as white-owned papers. While most of North Carolina's African American newspapers have been published in larger cities, the Harris Herald and the Minority Voice are examples from smaller communities. 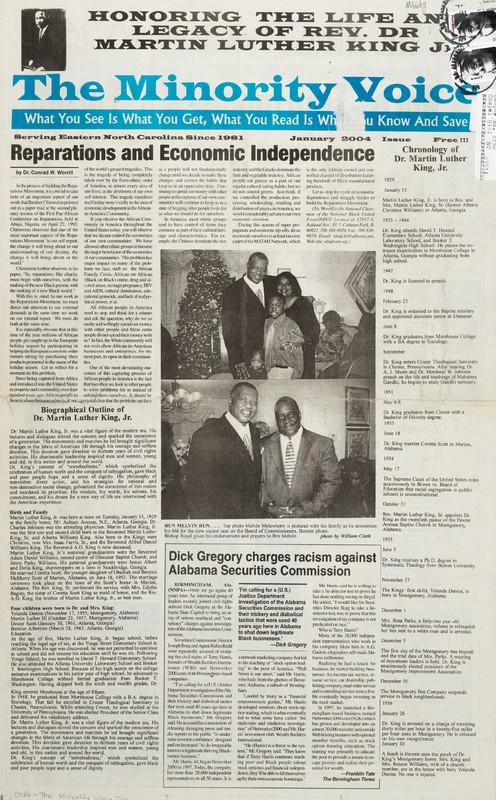 Also known as the “M” Voice, the Minority Voice is a free monthly that serves the African American community of Eastern North Carolina. The paper states that “the future of Blacks will depend upon their awareness of the world around them,” and strives to provide news and information from a different perspective than mainstream daily newspapers. In addition to highlighting the life and accomplishments of Dr. Martin Luther King, this issue also includes a feature an article about a Gulf War veteran suing Home Depot for racial harassment. Another article reports about the discovery of Black relatives of the late Strom Thurmond, a conservative and controversial U.S. senator from South Carolina. 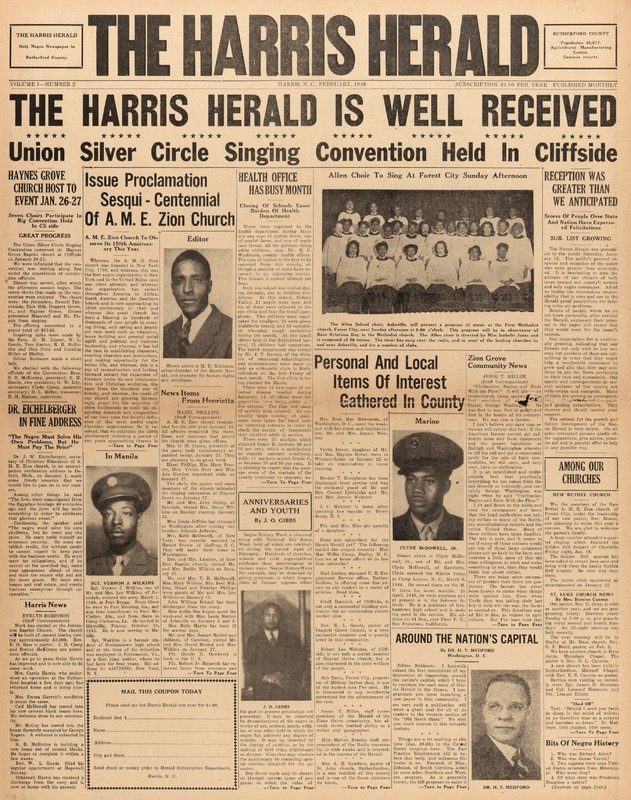 The Harris Herald was founded to provide African Americans in Rutherford County with news of their own community. Editors hoped that by keeping people informed, the paper would help solve the problems of Black citizens living in a mostly segregated America. The paper covered local news about churches, people, events, and politics, as well as national news. Published at the end of World War II, the Harris Herald highlights the county’s African American servicemen and women. Advertisements capture the postwar era with ads for Studebaker automobiles, Coca-Cola, phonograph records, and agricultural supplies. The Harris Herald ceased publication in 1949.

Visit DigitalNC.org for more issues of the Harris Herald.