The following are a few of the many health-related superstitions found in North Carolina folklore:

-- If a bird flies in your house, a family member will soon die.

-- If you observe a new moon in clouds, you or someone in your family will get sick.

-- When combing your hair, do not let a bird steal a strand for its nest or you will have headaches all summer.

-- If you are having nightmares, sleep with a Bible under your pillow; your bad dreams will stop. 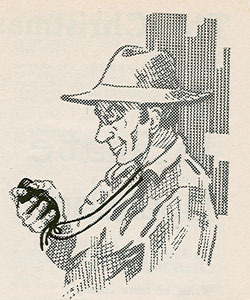 Charms or talismen represent the powerful influences that myths and superstitions exert on people's lives and on their approaches to personal health care. Many North Carolinans once wore small "Jo-Mo" bags under their clothing to protect themselves from sicknesses and other misfortunes, ranging from head colds to satanic curses. The bags' contents varied, often including prescribed mixtures of animal parts: a piece of a cat's paw, a portion of a bat's wing or a rabbit's ear, along with the hind leg of a frog or toenails from a opossum. Wearing Jo-Mos gained popularity, especially in the South, in the late 1800s and continued in this state until the 1940s. 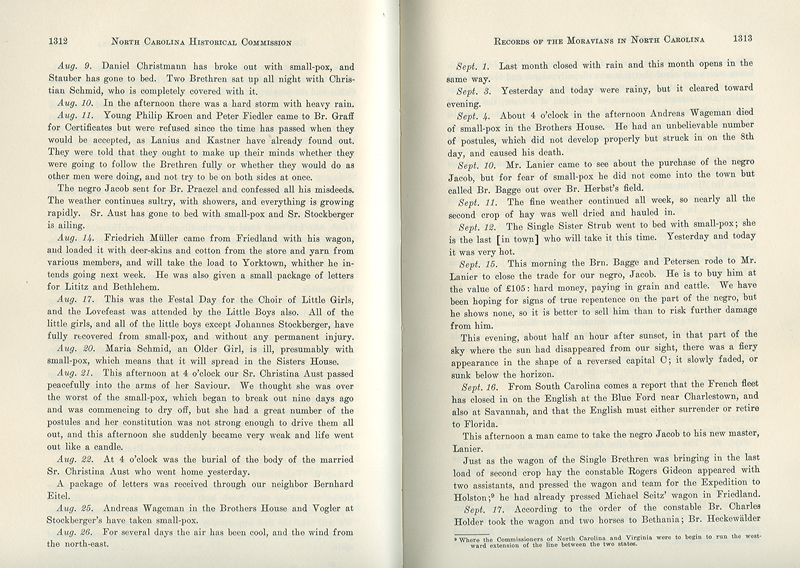 The Moravians of Salem, N.C., maintained extremely detailed records of their town, compiling for generations what could be described as community diaries of the social, economic, political, and even meteorological conditions that affected their congregation. Salem's records of 1779 describe the smallpox epidemic that a passing soldier brought to the town. Nearly a third of Salem's population (forty-one of its 129 inhabitants) contracted the horrible disease. Remarkably, however, only three of those infected souls perished or, as the Moravians phrased it, were "called home." Townsfolk credited divine intervention and the grace of the Almighty's hand for this unusually low death count.