Judging by the number of medications that have originated in North Carolina for indigestion and headaches, our Tar Heel ancestors must have suffered mightily from "sour stomachs" and chronic head pain. Products such as Bromo Seltzer, Vick's VapoRub, and numerous heachache powders, including Goody's, Stanback, and B.C., have their origins in this state. Even Pepsi-Cola  originally sold in New Bern, N.C., as "Brad's Drink" was marketed in the 1890s as a cure for dyspepsia (upset stomachs). 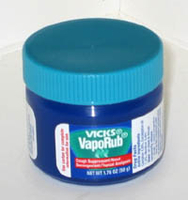 A popular remedy for the common cold and congestion, "Vick's VapoRub" was invented by Lunsford Richardson (1854-1919), a drug-store owner in Selma, N.C. This ointment is composed principally of camphor and menthol, an ingredient derived from mint and other plants. In 1898, Richardson named his "home-brewed" product after his brother-in-law Vick. 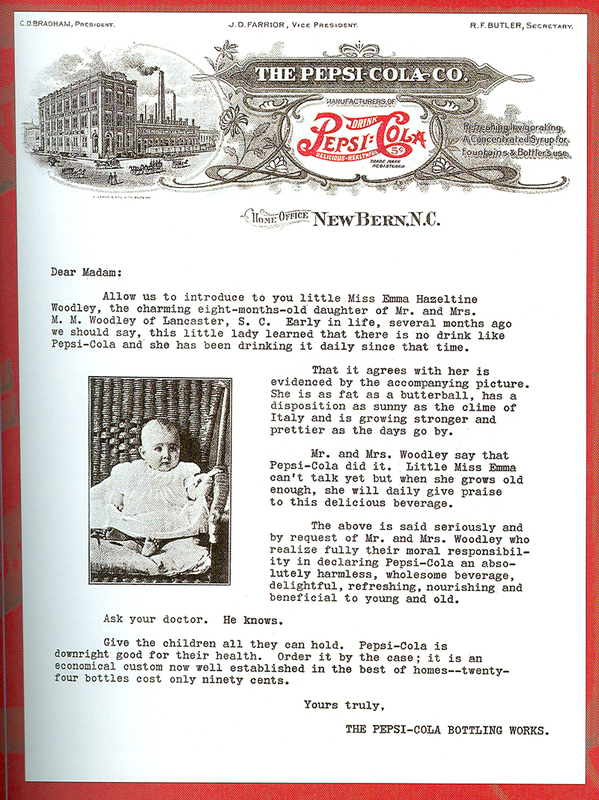 "FAT AS A BUTTERBALL"

Invented by New Bern druggist Caleb Bradham in the 1890s, Pepsi-Cola continues to be marketed today with the slogan "Born in the Carolinas." This book examines in detail the history of this refreshment, which was originally sold as a remedy for upset stomachs under the name "Brad's Drink." In 1897, the beverage was renamed Pepsi-Cola to underscore one of its ingredients, pepsin, an enzyme that aids digestion. The Pepsi-Cola Company also touted the benefits of having babies drink their product. The circa-1905 letter from the bottling works in New Bern encourages mothers to have their babies drink Pepsi. It cites the example of little Emma Woodley, an eight-month-old girl who it claims had grown healthy and "fat as a butterball" enjoying Pepsi everyday. 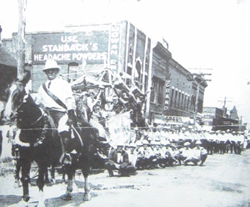 An advertisement for "Stanback's Headache Powders" dominates the background of this photograph of a parade in downtown Spencer, N.C., during the 1920s.

Since it was first formulated in 1888, Bromo-Seltzer is still widely marketed as a liquid remedy for both headaches and indigestion. The blue Bromo-Seltzer bottle is the type of container in which the product was sold between 1890 and 1930. The medication's inventor, Isaac Edward Emerson, was a native of Chapel Hill and an 1879 graduate of the University of North Carolina at Chapel Hill. In 1881, he moved to Maryland, where he became a multi-millionaire selling Bromo-Seltzer and other remedies developed by his Emerson Drug Corporation. Later he shared some of his wealth with his alma mater. In 1914, Emerson donated $26,000 to the University to fund the construction of a needed athletic field for baseball and football. Named in his honor, Emerson Field continues to serve the campus as an all-purpose site for intramural sports and other student athletic activities.