North Carolina history is replete with firsthand accounts and commentaries about the power of religious faith in coping with serious illnesses and death. In 1779, the Moravians of Salem knew with all certainty that it was their devotion to God that spared their town from the worst ravages of smallpox. Other forms of faith outside religion--ones rooted in superstition and family lore--have been passed down as well through generations to comfort and treat believers.

Worshipers attired in their "Sunday best" pose by their church on Roanoke Island in Dare County, N.C., ca. 1900.

In addition to describing homemade medicines, Southern Home Remedies includes several stories relating to faith healing. One concerns the "saintly" Mr. Will Allsbrook of Roanoke Rapids, N.C., who was famous for his abilities in removing warts from people "without the benefit of science." Described as an invalid, Allsbrook "merely rubbed the wart with his thumb and while doing so explained that the wart would be gone within a week." Reportedly, only on one occasion did his rubbing not work. It was the case of a woman who would simply "not believe" her warts would disappear. 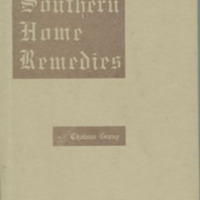 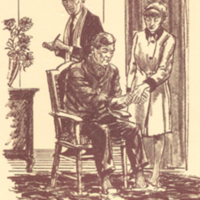