Then there came to our place a large army, who killed many men, and took me, and brought me to the great sea, and sold me into the hands of the Christians, who bound me and sent me on board a great ship and we sailed upon the great sea a month and a half, when we came to a place called Charleston in the Christian language

Omar ibn Said was a highly-educated Muslim man who was captured from his homeland of Senegal, West Africa and brought to the United States as a slave in 1807. Said wrote his autobiography in 1831, which includes details about his abduction, his escape from Charleston, SC and his eventual re-capture in Fayetteville, NC. Not only does Said write about his life, he writes about his faith, often in Arabic. Said’s life history challenges perceptions of the educational and language traditions in Africa, the role of religion, and the lived experience of an enslaved person in the United States. 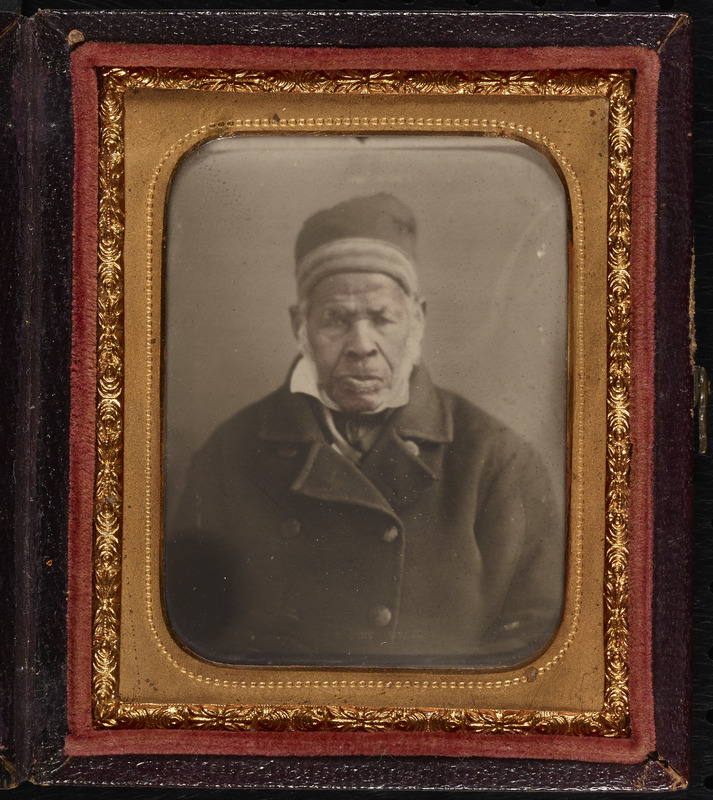 Ambrotype of Omar ibn Said, circa 1855

At the time that this image was taken, Said was enslaved by General James Owen in Wilmington, NC. Said became well known in the community when rumors spread that he was descended from African royalty. Visitors to Owen’s family also marveled at Said’s advanced age, his ability to write in Arabic, and his capacity for telling folktales. 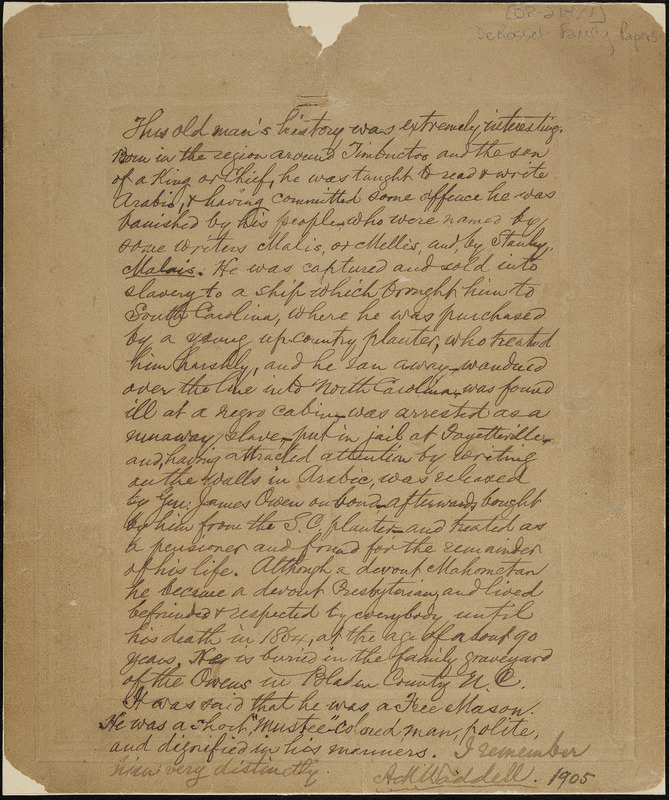 The reverse of this photograph has a short biography about Omar ibn Said by Alfred Moore Waddell, written in 1905. Waddell and the DeRosset family were associates of the Owen family. In addition to corroborating the general contours of Said’s biography, Waddell uses verbs like “ran”, and “wandered” to describe Said’s attempts to escape slavery. That sense of motion, even described by a member of the dominant class, shows evidence that African Americans were not waiting for someone to “free” them. They had agency and were in constant pursuit of justice. Even when Said did not speak the language or know the land, he demonstrated a desire to improve his circumstances in the best way he could. 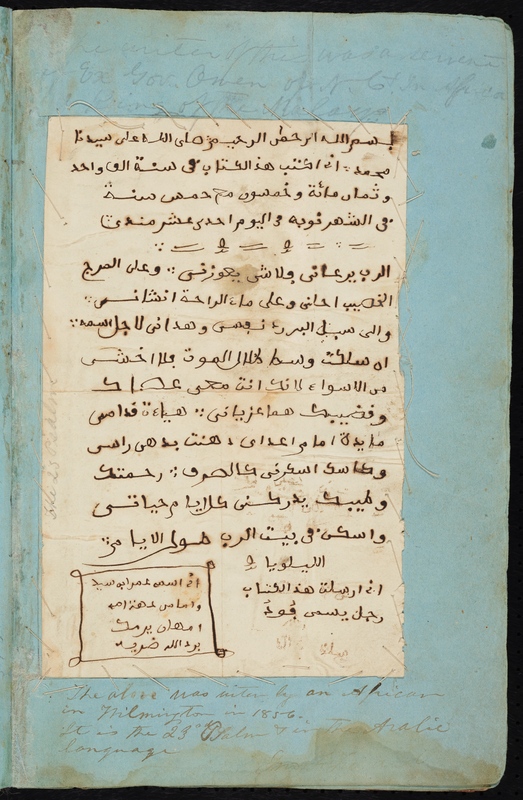 23rd Psalm laid into the scrapbook of John Frederick Foard, 1856

John Frederick Foard, an associate of the Owen family, asked Said to write the 23rd Psalm in Arabic during his visit to the Owen home in 1855. Foard pasted the passage in his scrapbook and included an image of it in his 1904 publication, North America and Africa: Their Past, Present and Future, and Key to the Negro Problem, which argues for the return of Black people to Africa. 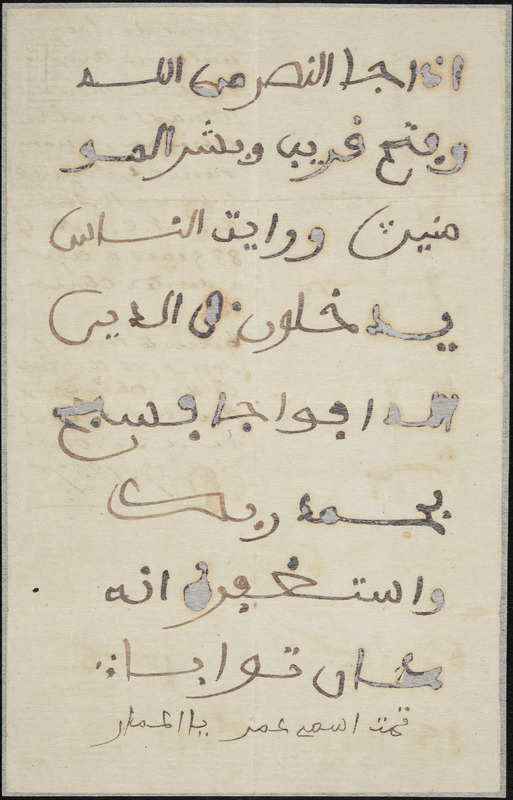 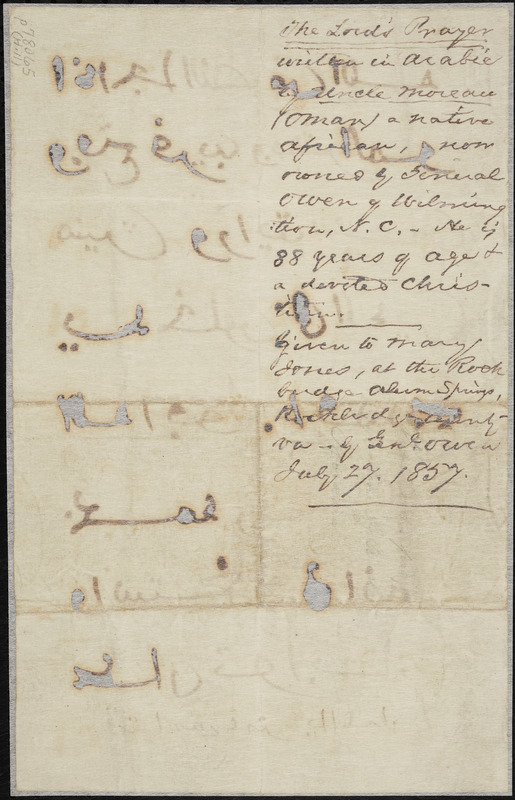 Sūrat al-Nasr, a verse from the Qur’an written in Arabic by Omar ibn Said, roughly translates as praise of God and a prayer for forgiveness in the belief that God is returning soon. At the time of its writing, Said attended a Presbyterian church regularly and had, at least ostensibly, converted from Islam to Christianity. Said’s conversion may simply have been a means of survival though he may sincerely have found solace in the similarities he perceived between Christian and Muslim scripture.