Flying for the Highest Stakes

“I wanted to go into the service and felt this was my country,” he said. “And even though some forces in the country would deny me full citizenship, I felt I had just as much ownership in this country as anyone else. And should it become my turn to fight for my country, I would certainly do that with as much pride, honor and vigor as anyone else.”

Airplanes often fly in a V formation to improve fuel efficiency. African American military personnel and their advocates borrowed this imagery to establish the “Double V Campaign” in 1947. This initiative was designed to highlight the plight of African American soldiers who were fighting for American principles overseas during World War II and their own rights as Americans in their hometowns. The famous Tuskegee Airmen exemplified this injustice. They fought valiantly in the war, but were perceived as less capable than their white counterparts and in some cases were punished for their refusal to accept disrespectful treatment and segregated facilities within the military. African American airmen stationed at Fort Bragg in North Carolina in the 1950s faced the same restrictions to their civil rights. 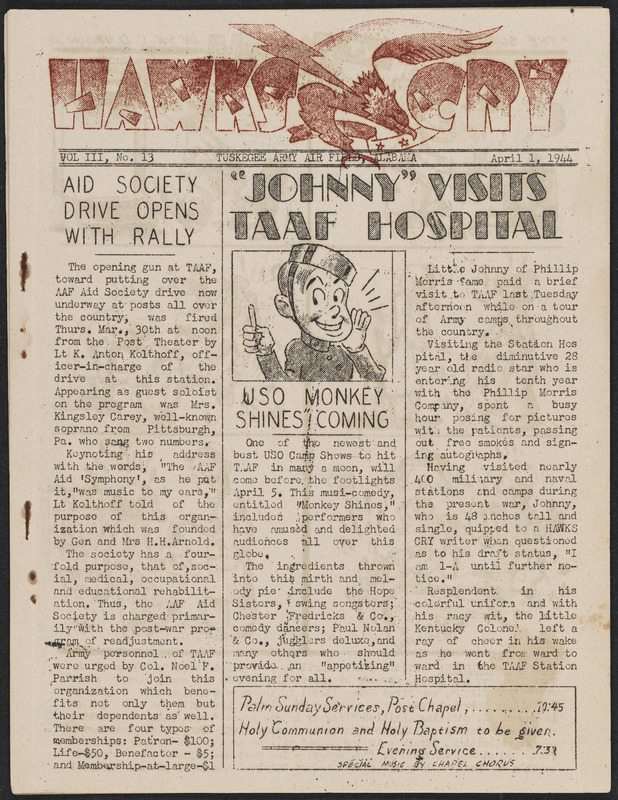 During World War II, a squadron of Black aviators, known as The Tuskegee Airmen, became famous for their heroism and success in combat. Between 1941 and 1946, they flew 1578 combat missions and close to 200 bomber escort missions. After this success, the servicemen refused to stay on segregated bases. As a result, 101 of them were arrested by the United States Air Force in 1945 for their protest.

This newsletter from the Tuskegee Army Airfield in 1944 demonstrates the pride and scope of the Tuskegee Aviation program. We can see this community is bustling with fundraising efforts, religious services, and entertainment opportunities. Given the legacy of discrimination and doubt from their own government, African American mechanics, cooks, and janitors in Tuskegee shared a pride for the success of the aviation program. If you visit Tuskegee today, you can see the airplane hangars on the National Park site and get a glimpse of how the entire community contributed to this important legacy. 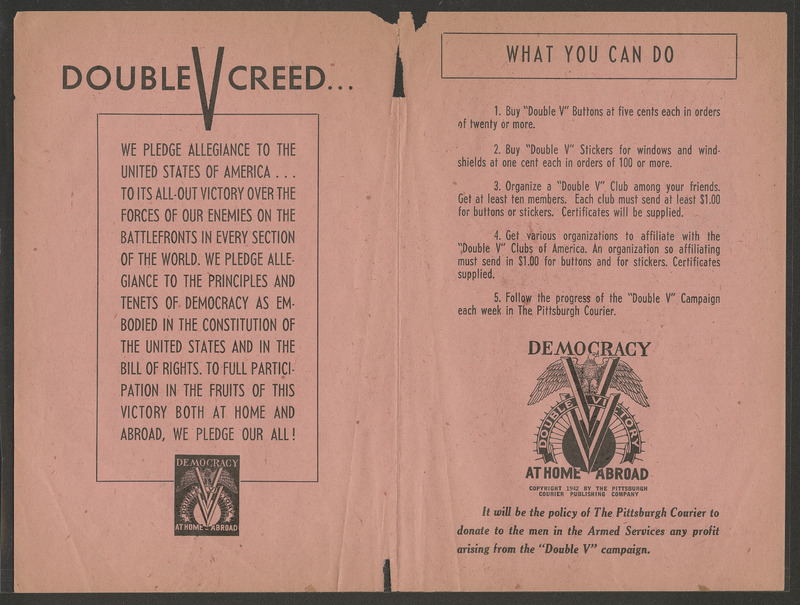 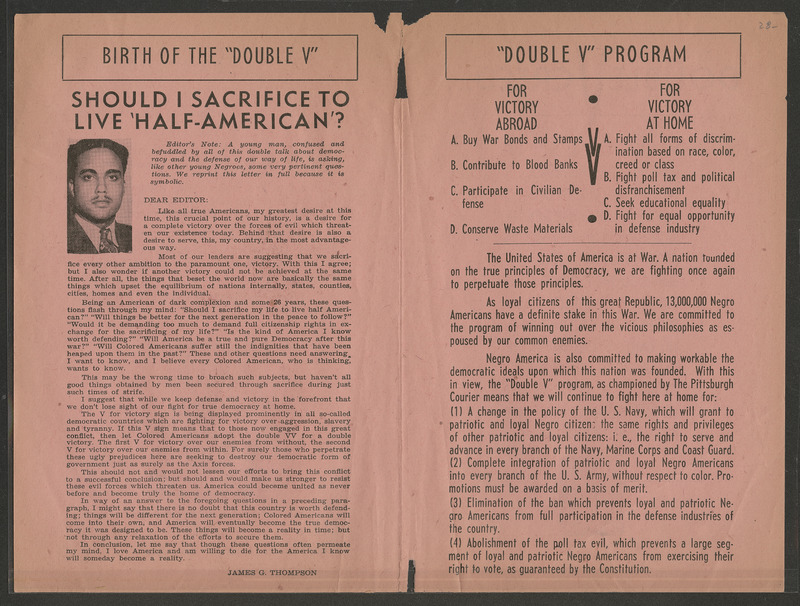 The Double V campaign was a propaganda and advocacy campaign to highlight the hypocrisy of Black soldiers fighting for a country that openly terrorized them. It was first introduced in a 1942 edition of the Pittsburgh Courier and continued in the Chicago Defender as well as smaller Southern papers in Norfolk, VA and Durham, NC. Running from February 1942 to October 1943, the campaign spawned Double V clubs and sales of buttons and stickers to raise money to support Black men in the armed services.

The first African American US Marines were trained in Montford Pointe, NC from 1942 to 1949. They served in the Pacific Theater and Vietnam. NC native James Felton from Hertford County can be seen in the front row of this photograph, fifth from the left, with his fellow Marines describe. He joined the Marines in 1943 and spent three years at Montford Pointe. Although stationed near Camp Lejeune, he was not allowed to visit without a white escort. The double V campaign fought for the rights of men like Felton who went on to attain several degrees. He became a civic leader and taught in the Greene and Hertford County schools for twenty years. 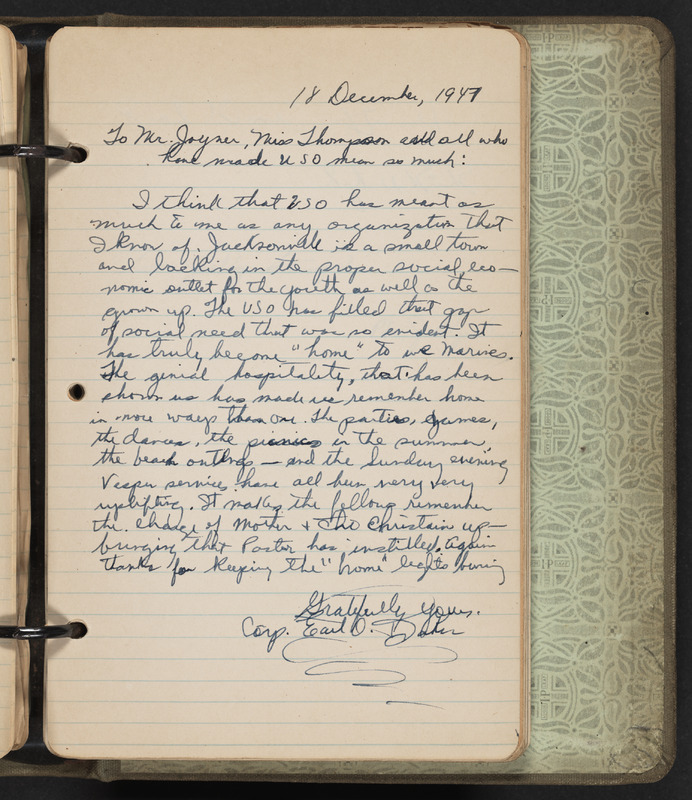 The United Service Organization (USO) was designed to provide a “home away from home” and organized recreation for soldiers on leave. The Newberry Street USO in Jacksonville, NC was established on April 23, 1942 and served the first African American Marines. This visitor book for the Newberry Street USO documents feedback from visitors in the mid 1940s. On this page, Corporal Earl Daker reflects on beach outings, dances, and picnics organized by the USO, which remind him of home. 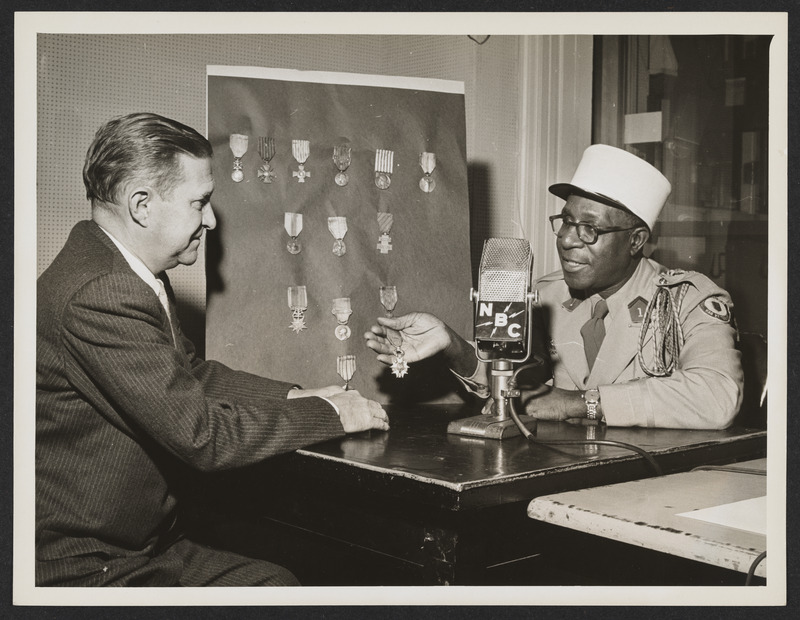 Photograph of Eugene Bullard during a radio interview, 1959

Eugene Bullard from Columbus, GA earned his wings from an aviation school in Tours, France in 1917. He went on to fly for the French military in World War I and serve as a spy for the Allied Forces in World War II. While Bullard’s life achievements are exceptional, his experiences of racism in the United States were not. Despite his success and accolades abroad, it was not until 1994 that the United States Air Force recognized his achievements and posthumously commissioned him as a Second Lieutenant. 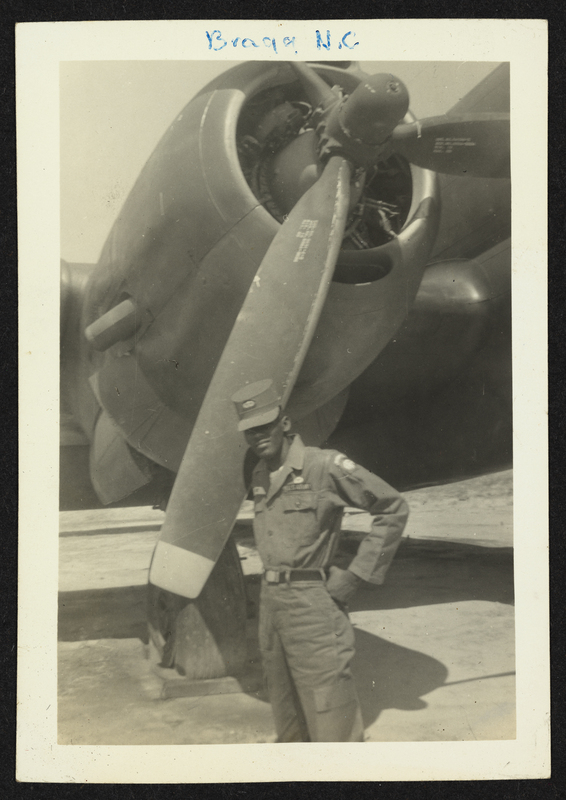 Albert Lockhart of the 82nd Airborne Division at Fort Bragg, circa 1961 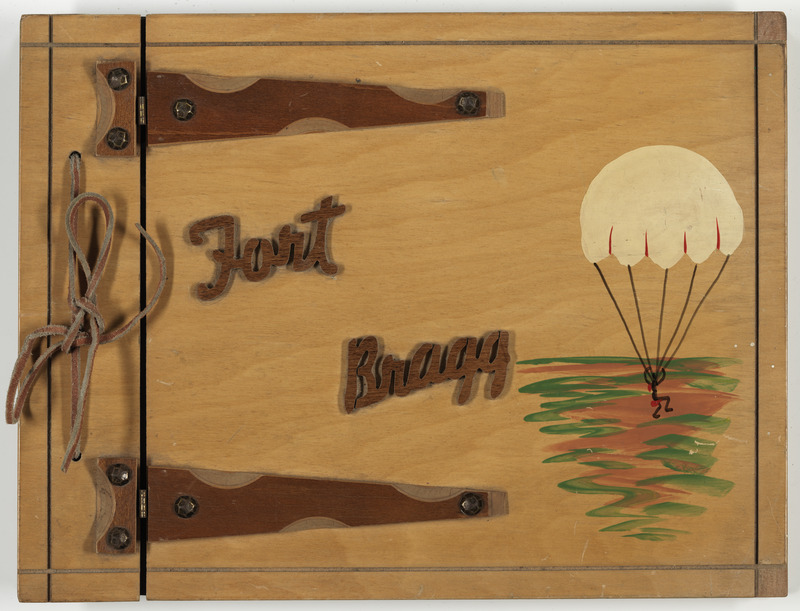 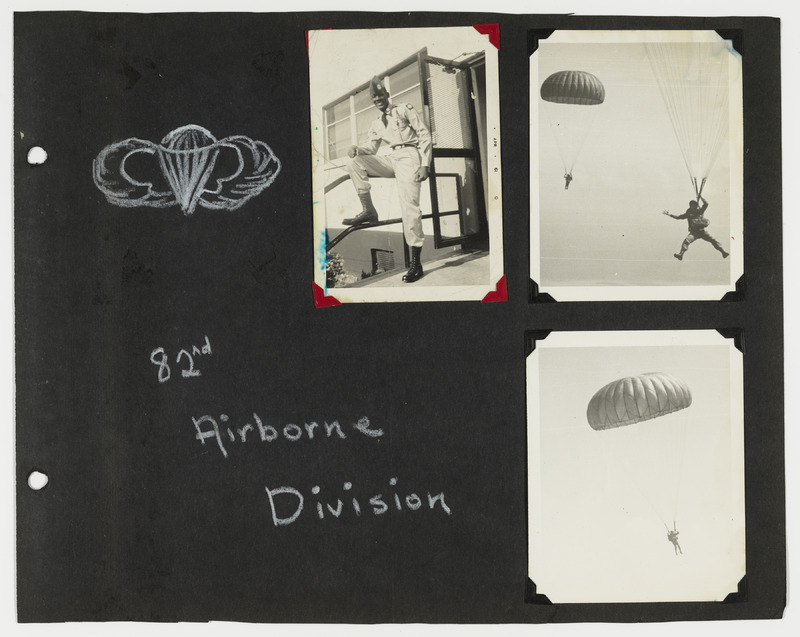 Although President Truman signed Executive Order 9981 in 1945 to de-segregate the military, it took many years for it to be fully implemented. In the 1960s, Black soldiers in the air force still had menial jobs and were not allowed to see combat. By the time Albert Lockhart joined the 82nd Airborne Division at Fort Bragg in 1961, the airmen in the Black Parachute Infantry Battalion had gained a reputation for bravery during World War II. Later known for putting out forest fires set by Japanese incendiary balloons on the West Coast, they were nicknamed “smoke jumpers.”