Really, certain whites didn’t like to think you had leisure to do anything but pick cotton and work in the field….Just generally, if you were black, you are not supposed to have either time or money, and if you did, you ought not to show it.

From the 1940s, the emerging African American middle class bought cars as soon as they could. Cars gave them a new personal independence, but against a backdrop of danger and inconvenience as they were refused food and lodgings on their travels. There was a prevalence of “sundown towns” or places where African Americans were not welcome to stay after the sun set. The popularity of The Negro Motorist Green Book, an annual guidebook for African American road trippers, was a strong signal that African Americans had the means for leisure and weren’t going to let segregationists stand in their way.

Yorktown Beach in Virginia, May 1922.

This photo album includes a young African American woman and her friends on vacation, at home, around school, and World War I soldiers in uniform. The images from Yorktown Beach in Virginia from May 1922 are especially interesting given the history of segregation at public beaches and that around that time three years earlier, African American military veterans were attacked in nearby Norfolk, VA. This episode was one of hundreds of incidences of racially motivated violence occurring across the country in 1919, sometimes referred to as the Red Summer. 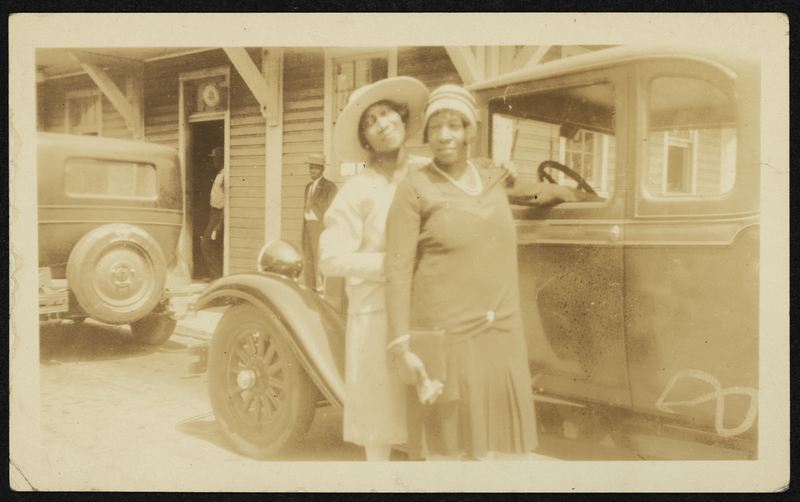 While we are not certain who these women are, given the education and progressiveness of the collection donor, we would not be surprised if this were a mother daughter duo preparing to drive away in their own car. The family patriarch, Mr. Williard James McLean (1890-1970), was a teacher and administrator, serving as the first principal of Nash County (NC) Training School. Williard’s stepdaughter, Karen Scruggs (1947-2003) was one of the first African American students to attend and graduate from Macalester College. 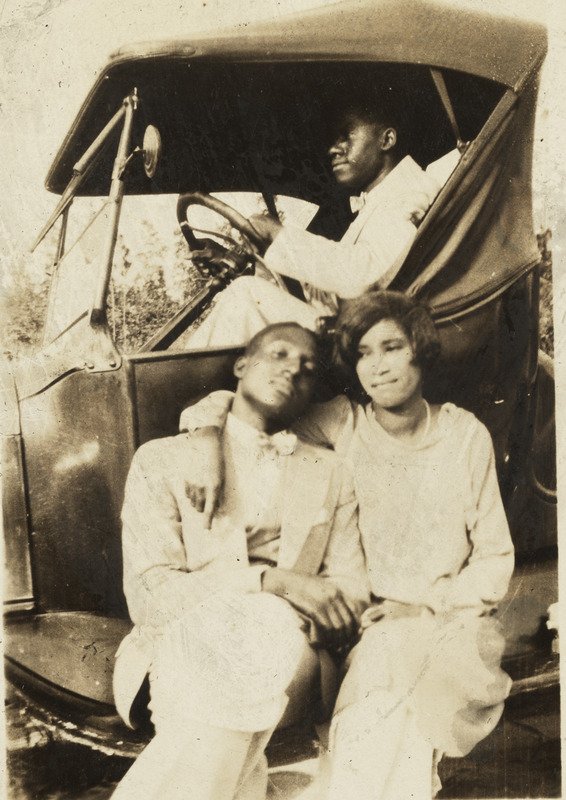 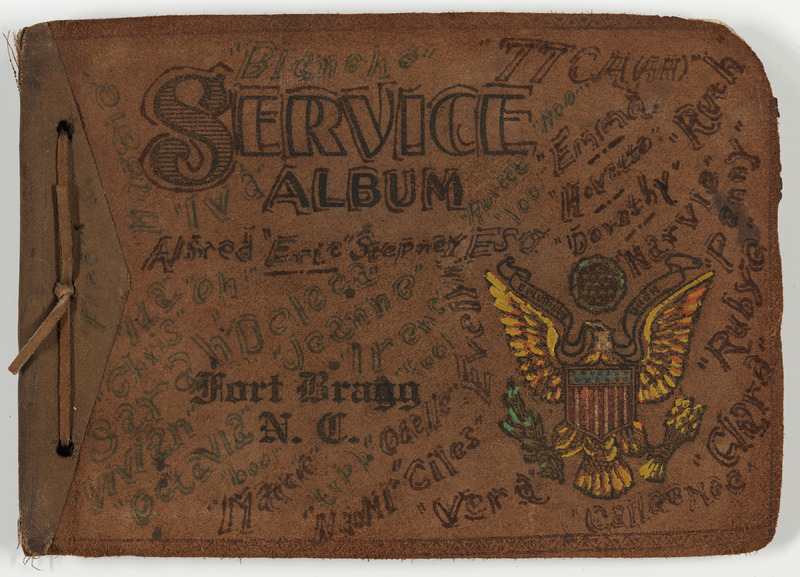 This photo depicts an African American couple sitting on the running board of a Ford Model T car in the early 1940s. The Model T (1908-1927) was one of the most affordable and popular cars ever built. The production of Model T cars revolutionized manufacturing in many ways and the Ford company provided a pull factor for the thousands of African American workers who moved from the South to Detroit, MI. Henry Ford spoke highly of his prized innovation as a symbol of America’s rising middle class and how it would allow families to travel with ease. 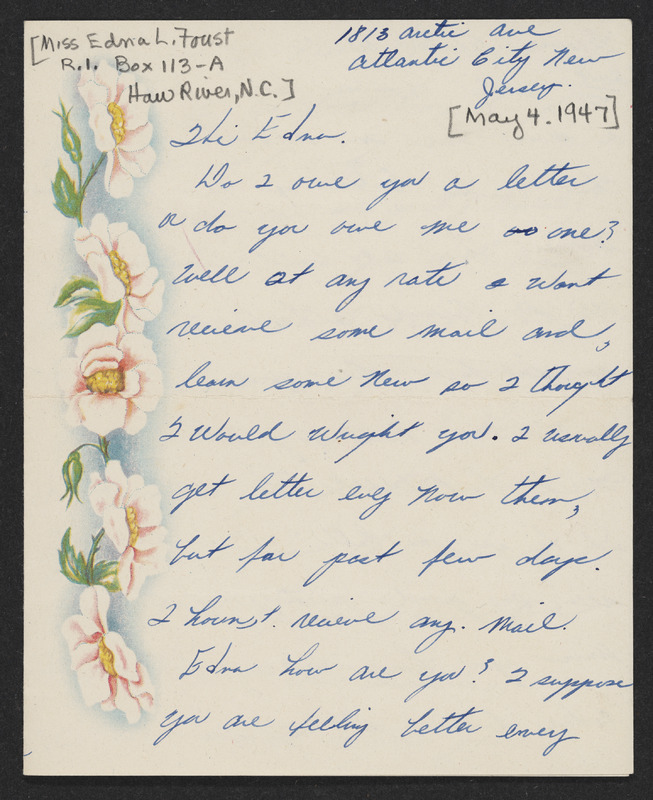 This fairly banal letter between two high school friends illustrates a couple of important reflections about mid-20th-century African American migration and social mobility. Mary Lee Morrow is from rural Alamance County, NC and has made her way north to Atlantic City, NJ for more opportunities. In her letter, Mary Lee talks about going to see a “picture,” getting ready for prom, and the pursuit of a new boyfriend this summer. Access to cars and interstate travel is part and parcel of these middle-class experiences. 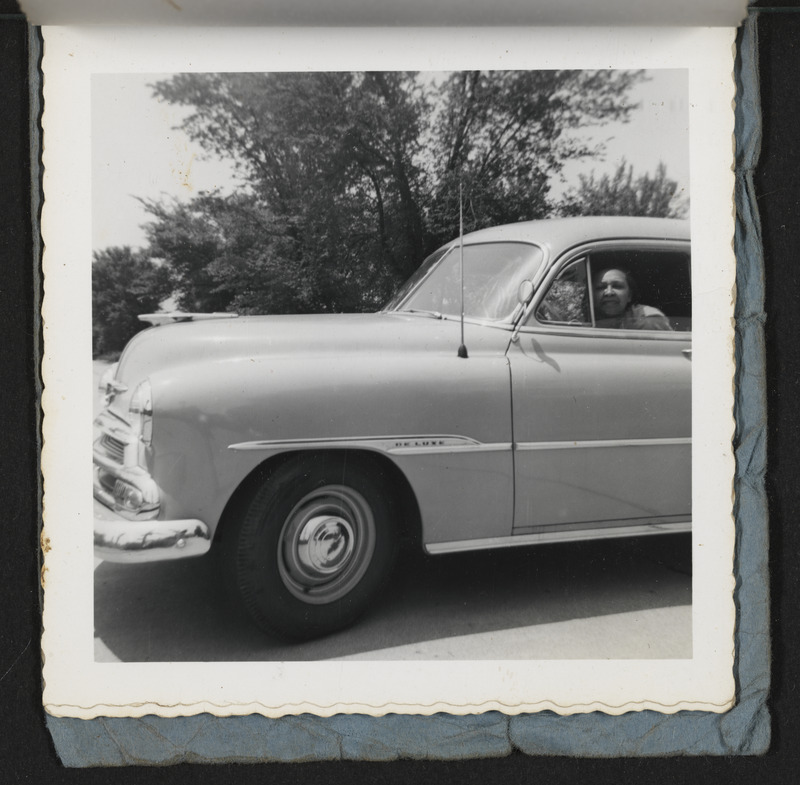 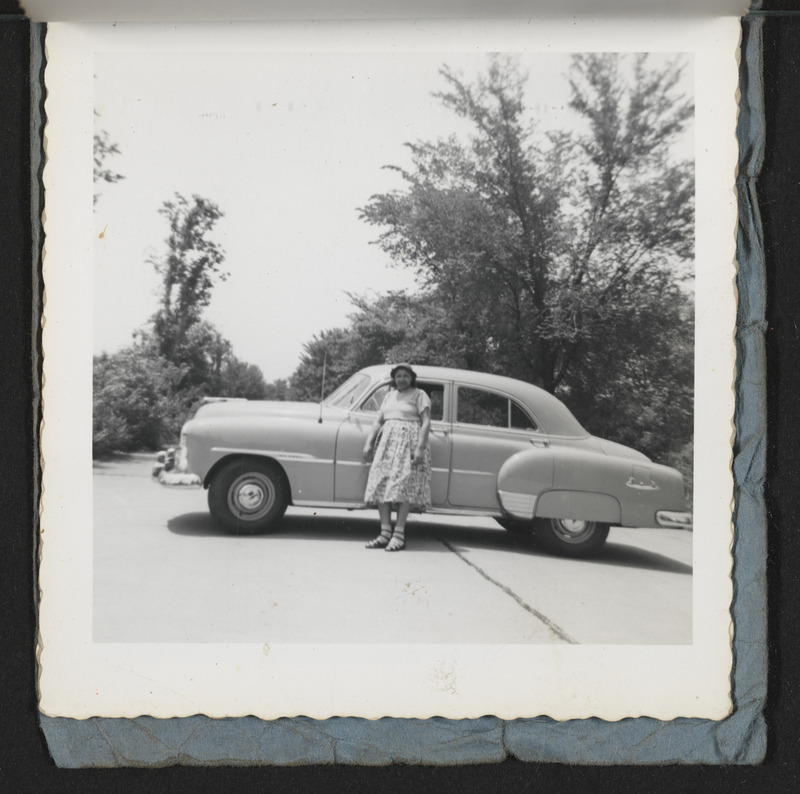 Billie M. Lytle Morehead West lived in Evanston, IL, but had roots in Black Mountain, NC. Mrs. West is pictured here in the driver’s seat of her brand new 1952 Chevrolet Deluxe four-door sedan. The Deluxe was the top selling car in the 1940s and Mrs. West opted to have chrome tips bolted to the stock bumper to dress it up a bit. Her pride in ownership comes through in all the photos in the album of her alongside her car. 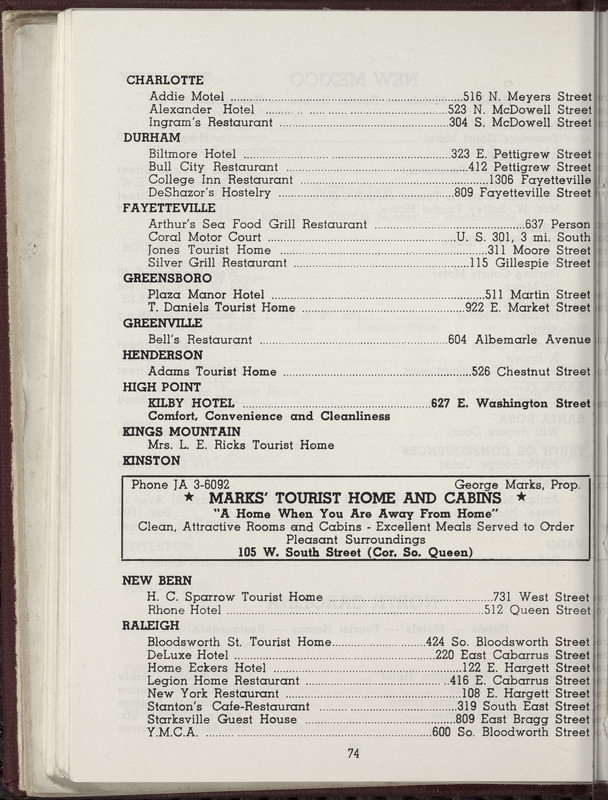 In the early 1920s the Negro Motorists Green Book was compiled by Victor Hugo Green, a U.S postal worker in New York City. Early issues of the serial only contained information about New York and surrounding areas, but eventually other states were added. The Green Book was created so that African American travelers would know which establishments would welcome them under systems of legal and de facto segregation. The popularity of films and writings about the Green Book in recent years have led to a scarcity in the market for collectors, thus we are currently displaying a facsimile edition. 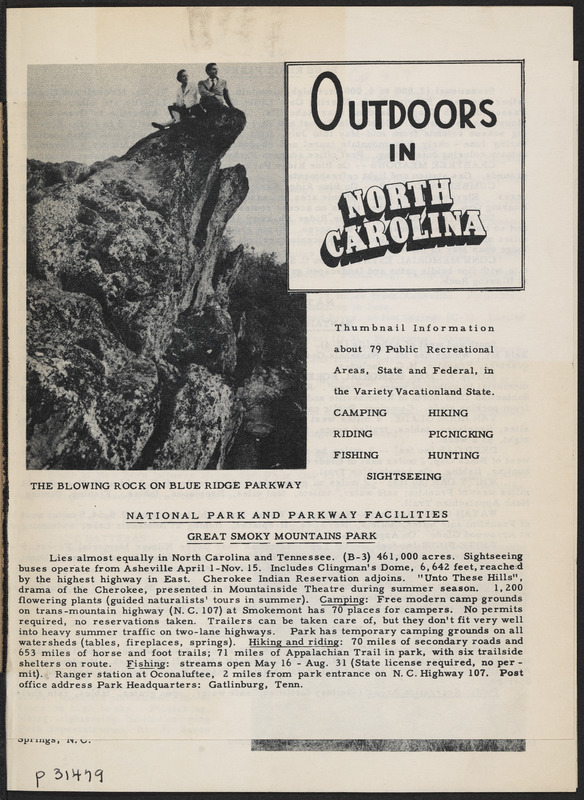 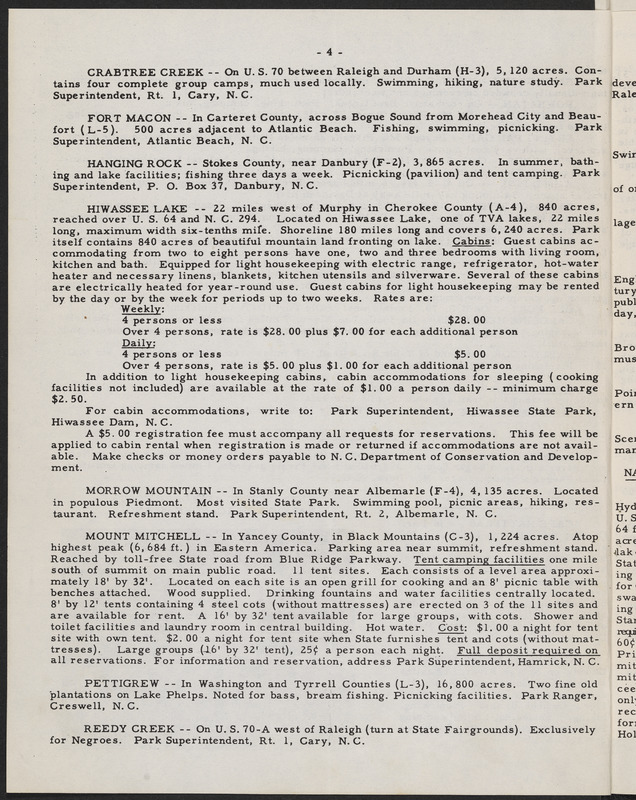 This pamphlet from the 1950s lists all the state-run parks, lakes, and other recreation spaces throughout North Carolina. The two designated areas for African Americans are also listed in the guide. One was Reedy Creek State Park located in Raleigh, NC and the other was Jones Lake located in Elizabethtown, NC. 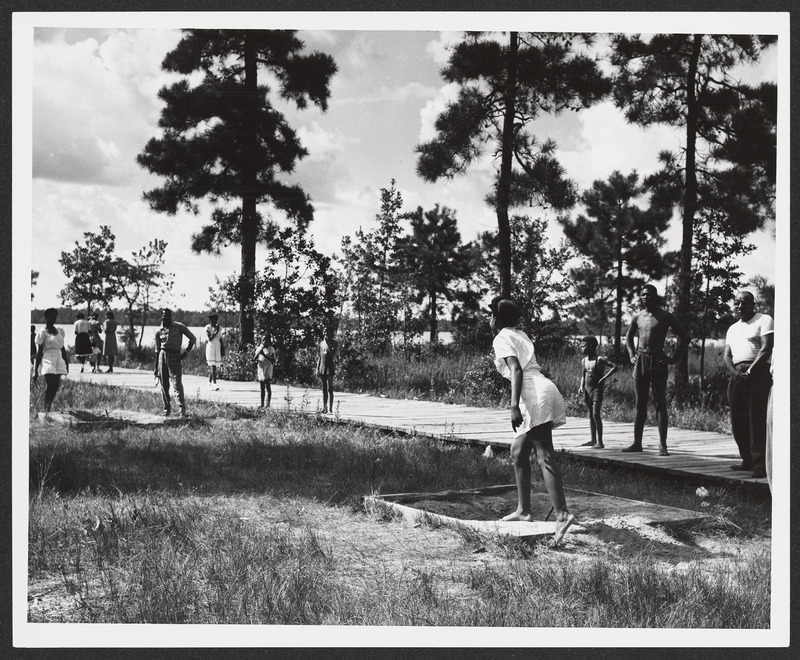 In this image an African-American family plays a game of horseshoes at Reedy Creek State Park, a segregated park in Wake County, North Carolina. The negative impact of segregation in local, state, and national parks is often underestimated. Many African Americans were voicing outrage about the unfairness of paying taxes to support parks with unequal accommodations. They could understand if white people were prejudiced but they expected more from their government. While this picture illustrates a fun day outdoors despite these challenges, it would be another 10-15 years (1966) before Reedy Creek Park was integrated into what becomes William B. Umstead State Park. 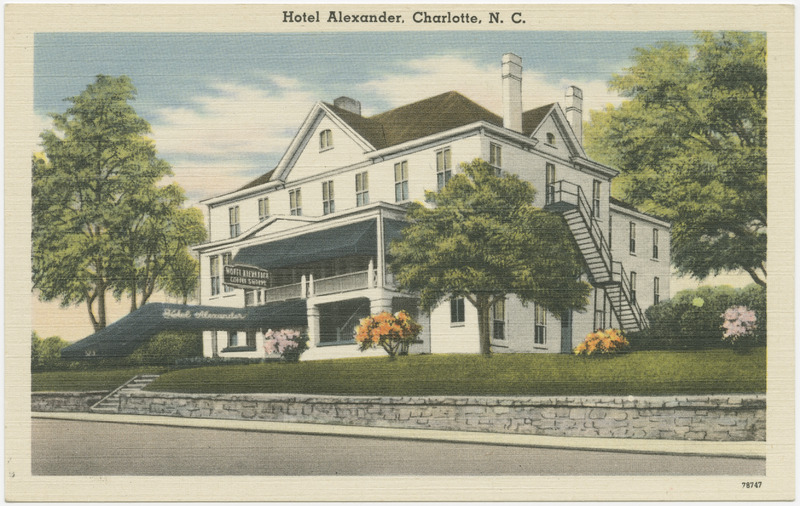 The caption on the back of this postcard reads, “Hotel Alexander, one of the Nation’s Finest and most exclusive and newest Negro Hotels, Charlotte, NC, McDowell at Ninth.” This hotel is listed in the Green Book for Black travelers and also served as a performance venue for local musicians. There are accounts of celebrities staying at Hotel Alexander, and it served as a social center for African Americans in Charlotte’s 2nd ward.