Since 1844, over twenty literary magazines have provided a medium for UNC students to showcase their writing talents. Perhaps because their content is less controversial, these publications typically last longer than those focused on humor or politics. New magazines in this genre such as Sauti Mpya and Shakespeare’s Sister reflect the continuing need for creative outlets for an increasingly diverse student population. 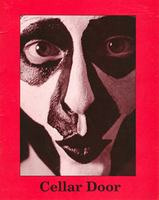 Many students attend UNC with career goals of becoming writers or artists. Since 1974, Cellar Door has offered undergraduates opportunities to publish their poetry, prose, photographs, and illustrations. Each year the magazine awards the Jesse Rehder Prize for outstanding poetry and prose. The prize is a memorial to Rehder, who served for nearly two decades in UNC’s English department “as a one-woman” program in creative writing.

The first periodical produced by UNC students is The University Magazine, first published in 1844. This monthly magazine focused on literature; however, it did include a “Personal Department,” or society page with news and gossip about UNC students and town residents. Due to the lack of subscribers and the high cost of production, the Magazine was published sporadically until taken over by the Dialectic and Philanthropic Societies from 1852 to 1923. In 1921 it became The Carolina Magazine. Though it changed a great deal in the 104 years of its existence, including changing titles seven times, the magazine always contained articles and essays on history, art, and education, as well as original stories and poems by Carolina students and faculty. Contributors were not always UNC students; historian Kemp Battle wrote an article on UNC janitor               Wilson Caldwell for the March 1895 issue, and Governor Zebulon B. Vance offered biography for the May 1878 issue entitled “The Life and Character of Hon. David L. Swain.” Well-known literary figures who attended UNC and whose early work was published in The Carolina Magazine include Thomas Wolfe, Paul Green, Walker Percy, and Shelby Foote

The members of English 21 published two volumes of The Range Finder, one in December 1917 and another in May 1918. Publications such as these demonstrate the UNC student’s concern with life beyond the campus and with national and world events—in this case World War I. According to the first issue of this literary magazine, The Range Finder’s purpose was “to supply an appetizing and attractive presentation of the affairs of the world—seen through the eyes of the college man.” 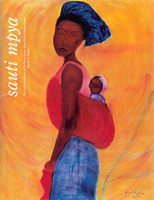 Sauti Mpya [pronounced Sa Oo Tee Um Pee Ya] is the literary magazine of the Sonja Haynes Stone Black Cultural Center and was the first African-American literary journal to be published at UNC. The premier issue in 1992 states that the magazine endeavors to provide a forum for African-American creative expression and provide “a peephole into the African-American experience from a twenty-first century perspective.” Sauti Mpya publishes articles, stories, poetry, and art submitted by UNC faculty and students, students from other universities, and people from the surrounding community. The title comes from the Swahili for “new voice."

Shakespeare’s Sister was founded in 1998 for the purpose of inspiring and supporting women writers on campus. This bi-annual magazine publishes poems, stories, and photographs. The title comes from Virginia Woolf’s A Room of One’s Own.