In addition to covering news, humor, literature, and politics, UNC students produced many other types of publications through the years. This is just a small selection of publications covering residence halls, school, and class publications. 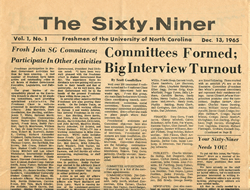 The Sixty-Niner was published by and for the class of 1969. This newsletter contains coverage of freshman sports, campus politics, and class members. Future “Shoe” cartoonist Jeff MacNelly was the staff artist. 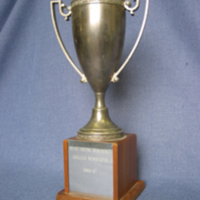 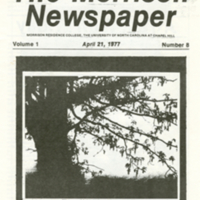 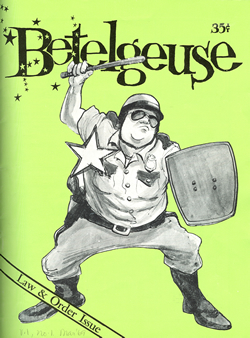 The editors of Betelgeuse explain that they are attempting to continue the long line of UNC humor magazines such as Tarnation and the Buccaneer. “We intend,” they write, “to fool some of the people all of the time,” adding that “at least in Chapel Hill there will always be something to make fun of.” The magazine includes satires on Cliff’s Notes, fraternities, President Richard Nixon, and local law enforcement. Jeff MacNelly, future Shoe cartoonist, has a long comic satire of the UNC basketball team entitled "Coach Smite and the League of Super Dribblers."