After the defeat at Perekop, remnants of Gen. Wrangel's anti-Bolshevik Russian Army along with civilians, over 140,000 people in all, were evacuated by ship from Crimea to Allied-occupied Turkey. The military personnel were interned in refugee camps, financed by France and Great Britain, while the fleet was moved to Tunisia. For two years Wrangel attempted to retain his forces in military readiness, keen on continuing the fight against Bolshevism. After withdrawal of French support and with no prospects of maintaining an active army in exile, Wrangel moved what remained of his forces to Bulgaria and Serbia, where they were eventually dissolved. 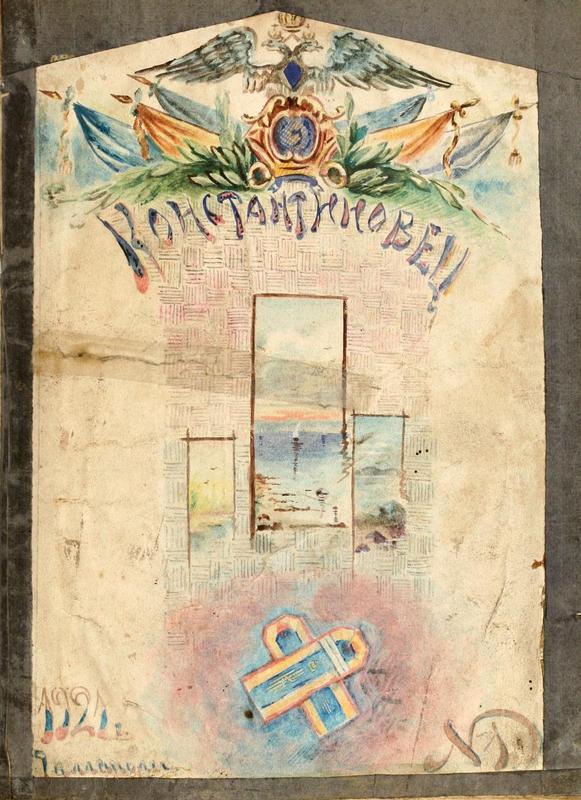 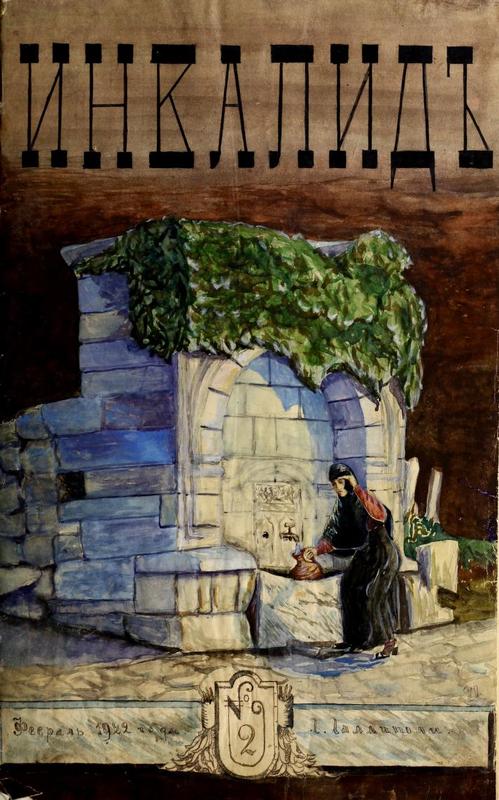 One of a small handful of unique, hand-written and hand-illustrated journals created by officers, soldiers and cadets of the Russian Army in the Gallipoli refugee camp, Konstantin Military School Alumni was likely produced for camp reading rooms or to be passed around, as other reading materials were scarce in the camps. The journal continued to be published in Blagòevgrad after the Russian Army was evacuated from Gallipoli to Bulgaria and a total of eleven issues were produced. Largely a literary journal, it consist of fiction, patriotic and nostalgic poetry, memoirs, and short articles on the exile experience, written and illustrated by cadets of the Konstantin Military School (located in Kiev) who enlisted en masse in the anti-Bolshevik White Armies. The journal includes contributions by Ivan Bulgakov, brother of acclaimed author Mikhail Bulgakov.

Another hand-written, hand-illustrated journal from the Gallipoli refugee camps, of which only this second issue survived, was produced towards the end of the Russian Army's stay in Turkey, after most units were evacuated to Bulgaria and Serbia. Like the Konstantin Military School Alumni above, The Disabled Veteran chiefly contains creative writing from refugee camp residents, but in contrast to the pathos of the alumni publication, makes room for humorous and satirical poems and sketches. Both journals are also notable for including Russian refugee reactions to encountering local customs and Muslim culture. 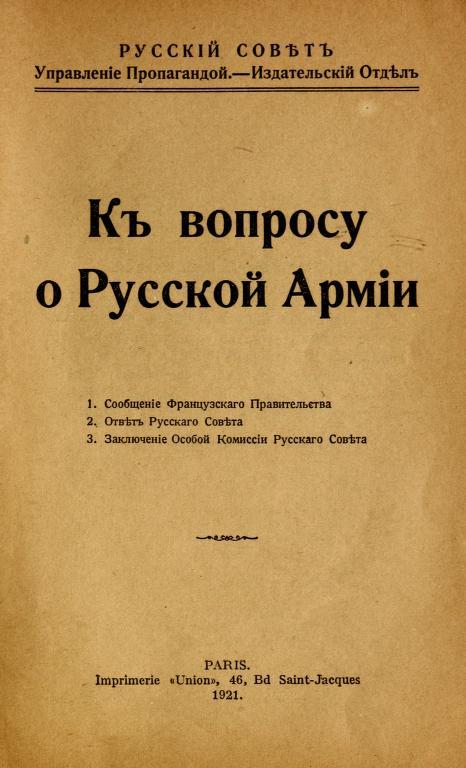 Read On the Question of the Russian Army

Issued by the propaganda department of General Wrangel's short-lived government-in-exile in Constantinople, this brief pamphlet reprints records of negotiations with the French government regarding dwindling financial support for Wrangel's exile army and navy as well as civilian refugees. 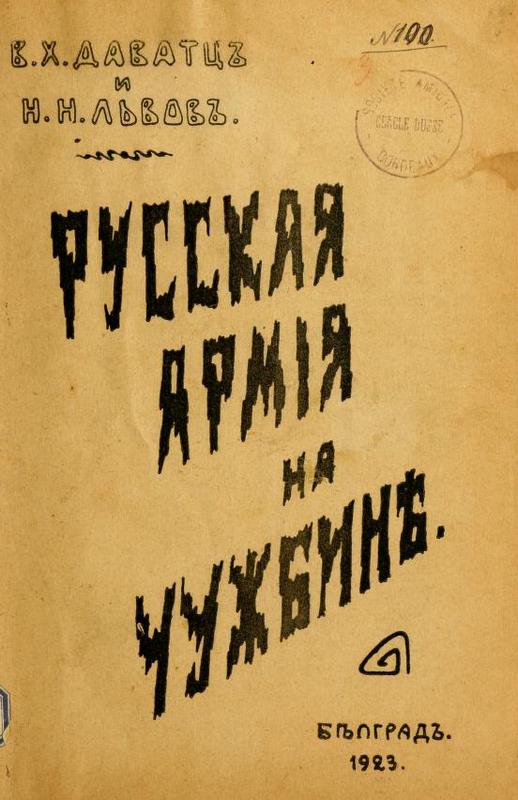 Davatts was a math professor before the Revolution, while L'vov was a member of the Duma (Russian parliament). Both volunteered for the White Armies and were evacuated from Crimea with General Wrangel's troops. The first half of their book deals with the diplomatic side of the final months of the Civil War leading to the evacuation. The second half is an account of the Russian Army's stay in refugee camps in Turkey, on the island of Lemnos and in Tunisia as well as its dispersal to Bulgaria and Serbia. 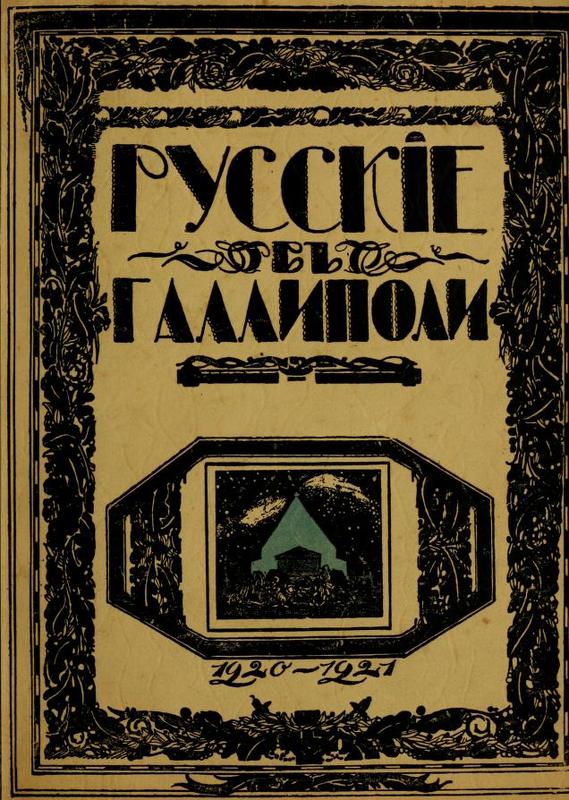 This richly illustrated publication details the Russian Army's stay in the Gallipoli refugee camp, including living conditions; the establishment of schools, churches, courts, hospitals, and cemeteries; camp cultural life, publishing, and the arts; interactions with the local population and civilian refugees; foreign aid; and continuous military training in hopes of resuming the anti-Bolshevik struggle. Also included is official correspondence with the French command that sponsored the camp and a death register. This copy is an autographed presentation copy from General Wrangel to General Il'iashevich.