Brokered by Czech and Slovak independence leaders, the Legion was formed by the Russian military during WWI to fight Austria-Hungary. After the Revolution, the Legion became entangled in the Civil War and Allied anti-Bolshevik schemes, while its officers meddled in local Russian politics. The Legion took control of the Trans-Siberian Railroad and aligned with the White Armies. After two years of fighting its way through Siberia, the Legion signed a truce with the Bolsheviks, gaining safe passage to Vladivostok, where it was evacuated on Allied ships. 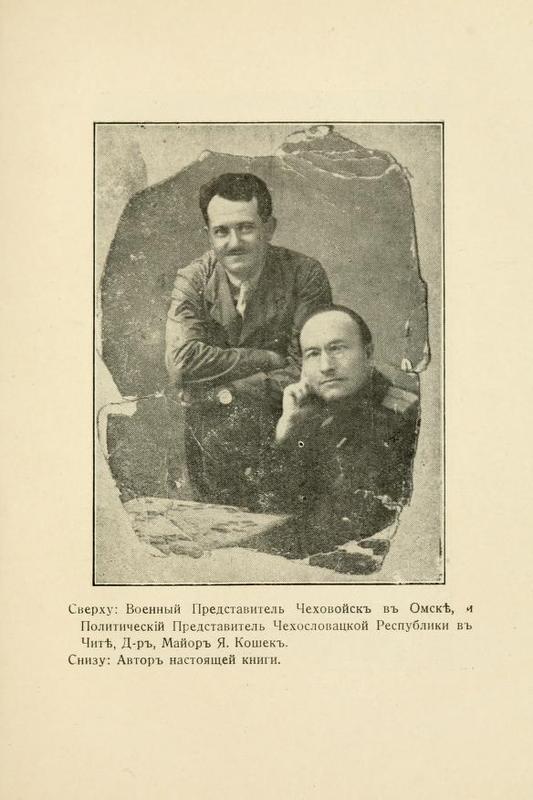 Read On the Czechoslovak Legionnaires in Siberia, 1918–1920

- Aleksandr Kotomkin (1885–1964)
- О чехословацких легионерах в Сибири, 1918–1920 /
On the Czechoslovak Legionnaires in Siberia, 1918–1920
- Paris: Impr. d'Art Voltaire, 1930
Poet and playwright Kotomkin ran a traveling theater that performed for the Legion and Kolchak's troops along the Trans-Siberian Railway. He also served as Trans-Baikal Cossack leader Semenov’s official liaison to the Legion. Part memoir, part historiography, Kotomkin’s account is remarkably nuanced, defending the Legion against some Bolshevik and White Army accusations, while criticizing official Legion history. Kotomkin emigrated to Czechoslovakia, where the production of his play Jan Hus earned him the status of honorary citizen of Prague. 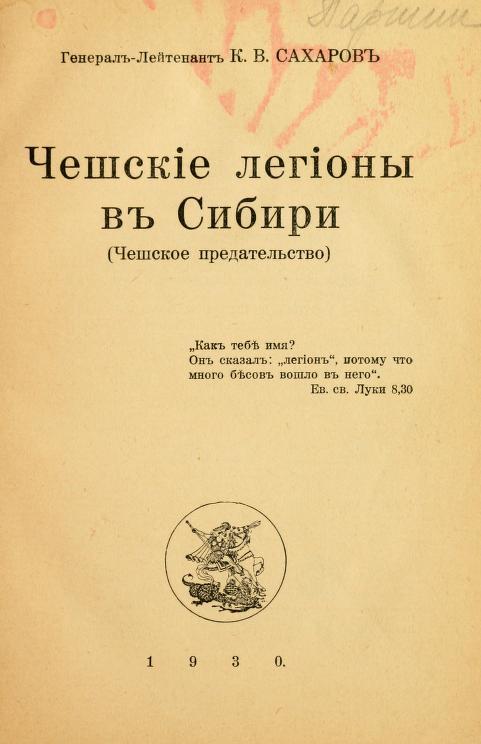 Lieutenant General Sakharov was, until his arrest and discharge, commander-in-chief of Admiral Kolchak's eastern front fending off the Red Army offensive. His ineptitude is widely blamed for the collapse of the front and the surrender of Kolchak’s capital Omsk. Sakharov's biased, angry, and unabashedly xenophobic rant suspects Allied conspiracy everywhere and blames nearly all White Army failures on the Legion, which he accuses of incompetence, moral degradation, war crimes, and betrayal of the anti-Bolshevik cause.