The Revolution produced a refugee crisis in Europe as approximately two million people fled from the Civil War, Red Terror and Bolshevik rule. Refugees settled in nearly all European countries, including the newly independent Czechoslovakia, Poland, Finland, and the Baltic States, as well as in the Middle East, North Africa, China, and as far as the Americas and Australia. Though initially lacking citizenship and rights, they nevertheless established their own communities, businesses and cultural organizations. Following Soviet amnesty, many returned, only to perish in Stalin's purges. 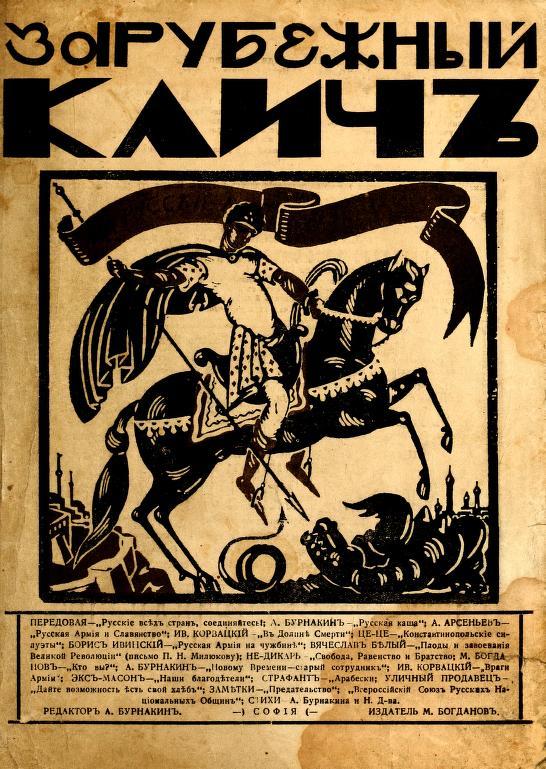 Read Call to Arms from Abroad

Produced by journalists evacuated from Crimea after General Wrangel’s defeat and aimed at new Russian communities in Bulgaria and Turkey, this early refugee publication is full of fervent readiness to return to Russia to fight Bolshevism. It consists of impassioned appeals for refugee unity in the anti-Bolshevik struggle and the preservation of the exile Russian Army, accounts of refugee life in Turkey, and patriotic poems. The cover depicts Saint George riding from Constantinople to slay the dragon that has taken over the Kremlin. 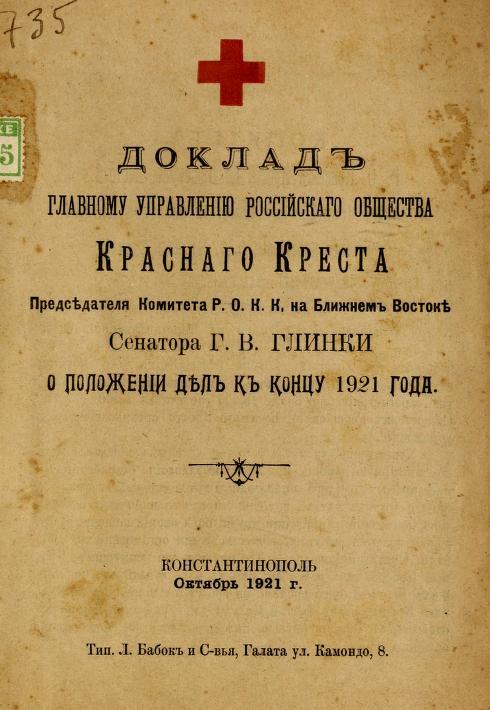 This report summarizes Red Cross efforts to provide food, shelter, medical aid, education and employment to 35,000 women, children, and elderly Russian refugees in Constantinople and environs, as well as to ailing refugees in Serbia, Bulgaria, and Greece. 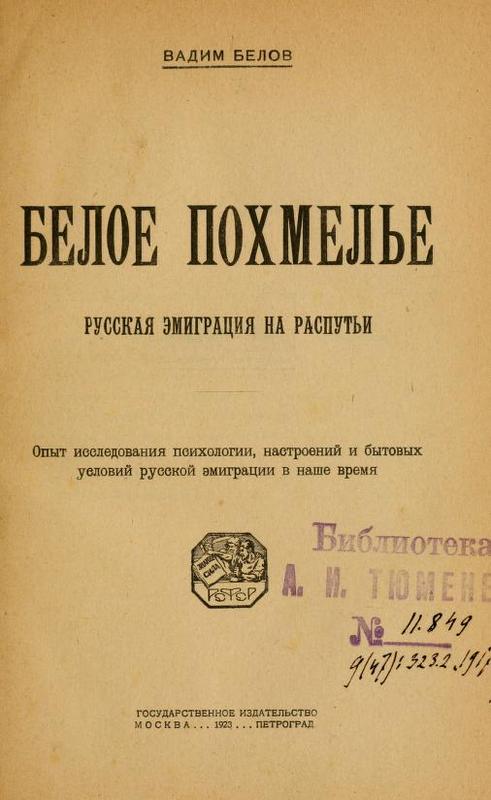 Vadim Belov emigrated to Estonia in 1920, but was expelled to Soviet Russia in 1922 for pro-Bolshevik journalistic activity. His account of the worldview, social conditions, and aspirations of Russian refugees paints a pitiful picture of émigré life for Soviet readers. At the heart of Belov's exposé is the question of the refugees' reconciliation with the Soviet government and return to Russia. Belov's publication was part of a major repatriation campaign following an amnesty issued by the Soviets. However, many of those who returned were persecuted during Stalin's purges.