The people who managed to keep diaries amidst the revolutionary chaos supplied scholars with unparalleled testimonies of life during the Revolution and Civil War. Assembled here are two examples of published diaries from anti-Bolshevik chroniclers: an émigré politician and a mythologized military commander. 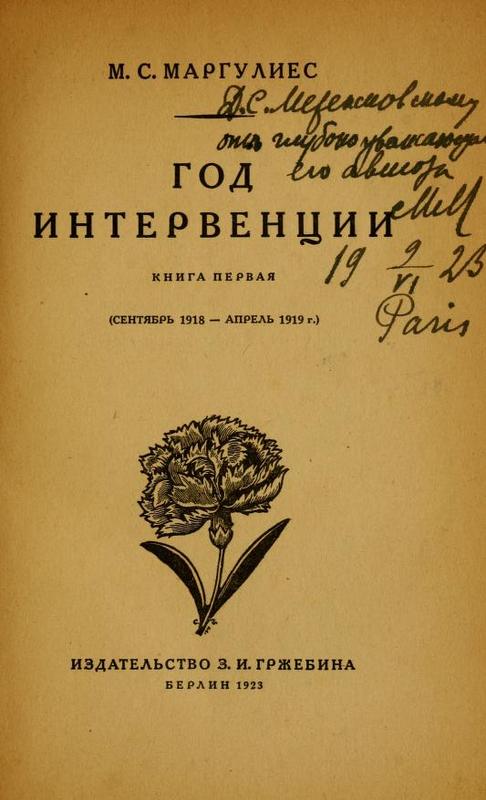 An accomplished doctor, lawyer, and businessman prior to the Revolution, Manuil Margulies was appointed minister of commerce, industry and healthcare in General Yudenich's anti-Bolshevik Northwestern government. His diaries (Vol. 1, Vol. 2, Vol. 3) document his flight from Bolshevik-controlled Moscow and his political activity in Ukraine, the Baltics and Finland, providing insight into the Allied intervention and the short-lived attempts at civilian government in the territories controlled by the White Armies. This copy was presented by Margulies to Dmitry Merezhkovsky, renowned author and philosopher and fierce critic of Bolshevik tyranny. 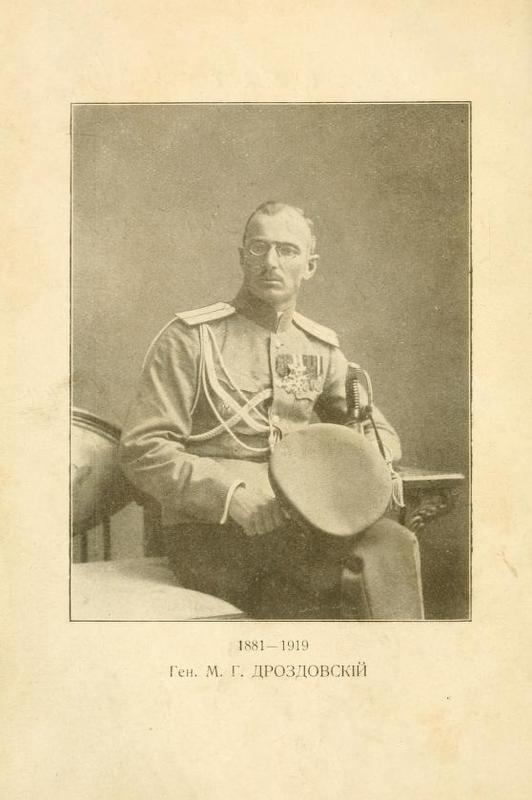 Major General Drozdovskii's diary covers the 800-mile march with his brigade from the Rumanian front to the Don Region to meet up with the anti-Bolshevik Volunteer Army. Repelling the Red Army and others impeding his progress, Drozdovskii captured Rostov and the Don Cossack capital Novocherkassk, expelling the Bolsheviks from the Don Region. Though his uncompromising monarchist views may have caused tensions with other commanders, in his death Drozdovskii became a cult figure for the White Armies and several units were named in his honor.