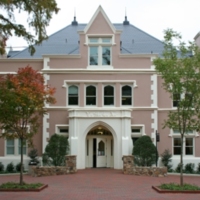 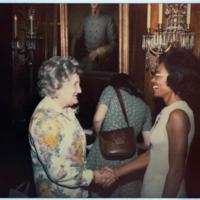 Until the late 1960s, Carolina basically housed a women’s college within itself, as women students had separate rules, Honor Courts, sports, and activities.

One such separate activity was the YWCA. In 1956, Anne Queen, a factory worker who graduated from Yale became YWCA director. In 1964 she was named the first director of the merged YWCA and YMCA, called Campus Y. Queen was an influential voice for social justice on campus, and advised UNC System President William Friday on student matters such as integration, the Lenoir Foodworker’s Strike, and Vietnam War protests.