For over a century, North Carolina women have overcome obstacles to serve our state and nation. White women, who were the first among their sex to seek office, often faced ridicule based on gender. Later, Black women who ran for office faced prejudice based on both gender and race. These women showed courage and perseverance as they opened opportunities once only available to men.

An even greater number of women have contributed their time and talents behind the scenes in governmental roles or in social service organizations. The work of these women made a lasting impact on our state, the nation, and the world.

Highlighted here are just a few trailblazing women who made a mark on North Carolina history.

Helen Morris Lewis (1852-1933) ran for Asheville Water Superintendent in 1899, before women had the right to vote. She received only four votes. She was also a prominent suffragist in North Carolina. 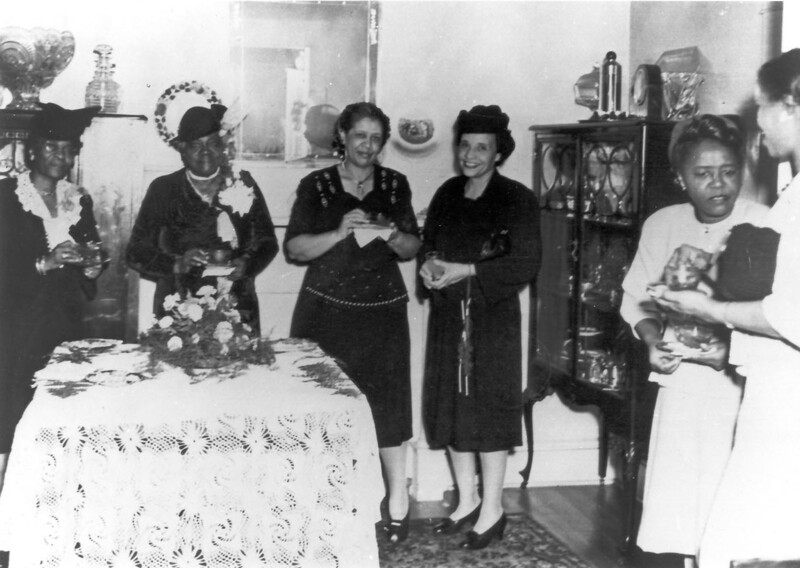 Charlotte Hawkins Brown (1883-1961), principal of the Palmer Institute in Sedalia, founded the North Carolina Federation of Colored Women’s Clubs in 1909.  This organization still exists today to “promote the charitable, religious, and educational purposes of our people.”  Throughout her life, Dr. Brown supported many causes, including women’s suffrage, interracial cooperation, and civil rights. 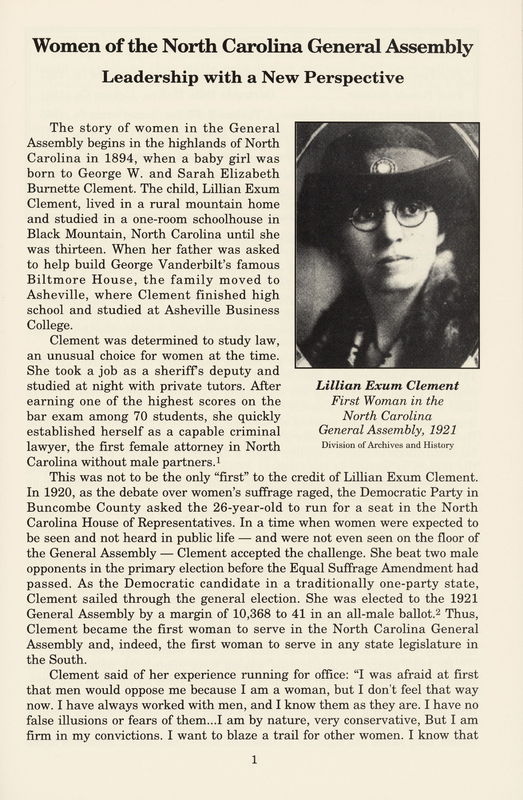 Carol Hammerstein. Women of the North Carolina General Assembly: Leadership with a New Perspective. Raleigh, NC: Office of the Secretary of State, 1995.

Lillian Exum Clement (1894-1925) of Asheville, the first woman to serve in the North Carolina General Assembly, was elected in 1920, the same year that women gained the right to vote. 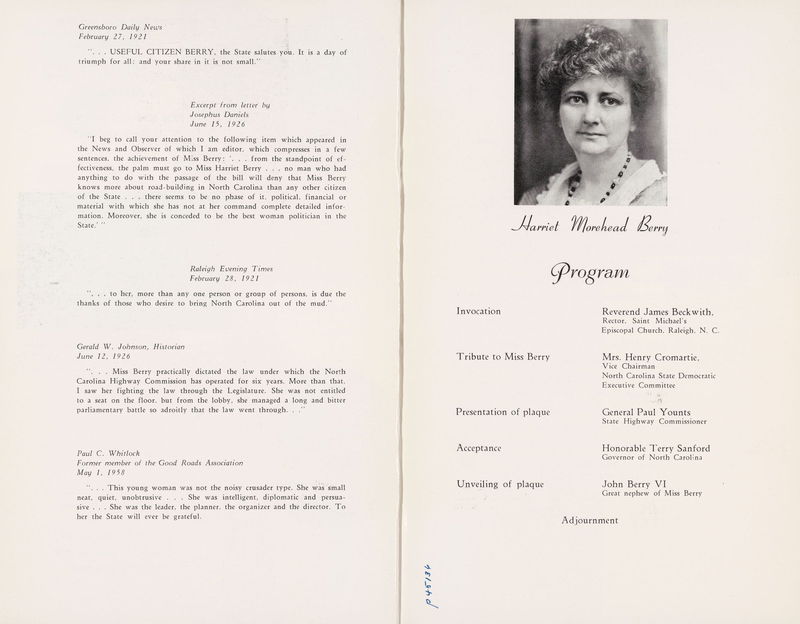 Harriet Morehead Berry (1877-1940) of Hillsborough advocated for good roads as the secretary of the State Good Roads Association. She singlehandedly drafted a bill and lobbied the legislature for a state-funded highway system from 1918 to 1921, when the bill passed. She became known as the "Mother of Good Roads in North Carolina." 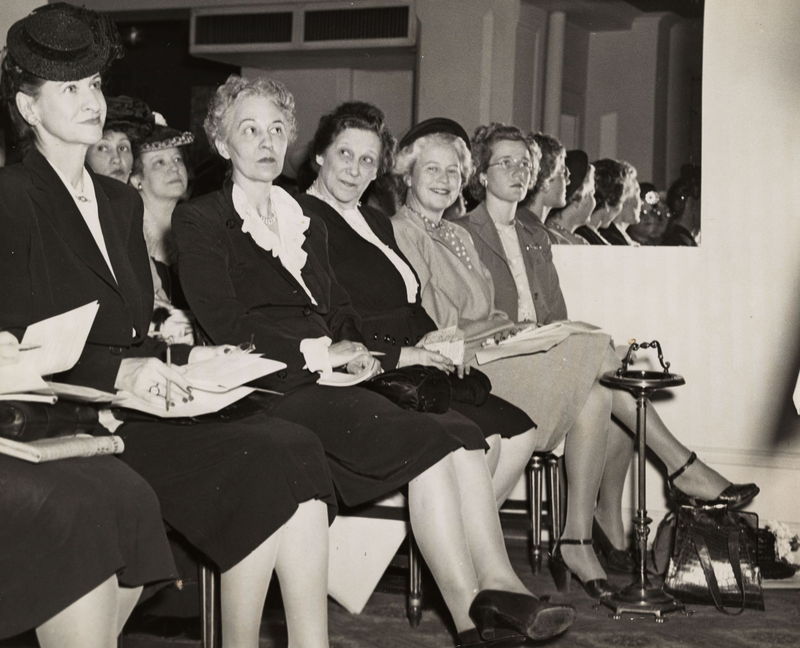 A Morganton native, Gladys Avery Tillett (1892-1984) supported women’s suffrage as a student of Harriet Elliott at the North Carolina College for Women (later UNCG), started the first county League of Women Voters in NC, and was the first woman to be named assistant to the chairman of the Democratic National Committee. She served in a variety of statewide and national positions focused on women over her lifetime, and was a staunch supporter of the Equal Rights Amendment. 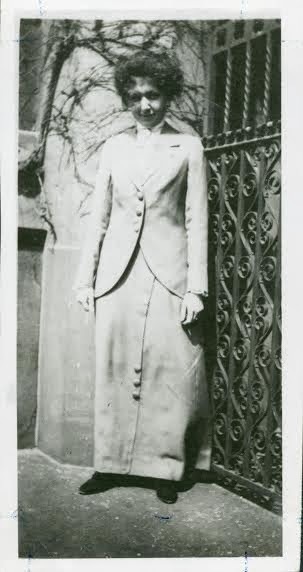 Harriet Wiseman Elliott (1884-1947) joined the faculty of the North Carolina State Normal and Industrial College for women (now UNCG) in 1913, as a teacher of history and political science. Elliott advocated for women’s suffrage and influenced her students to organize suffrage groups. In the 1940s Elliott served in the Roosevelt administration in several positions, including chairman of the Woman’s Division of the War Finance Committee from 1942-1946. 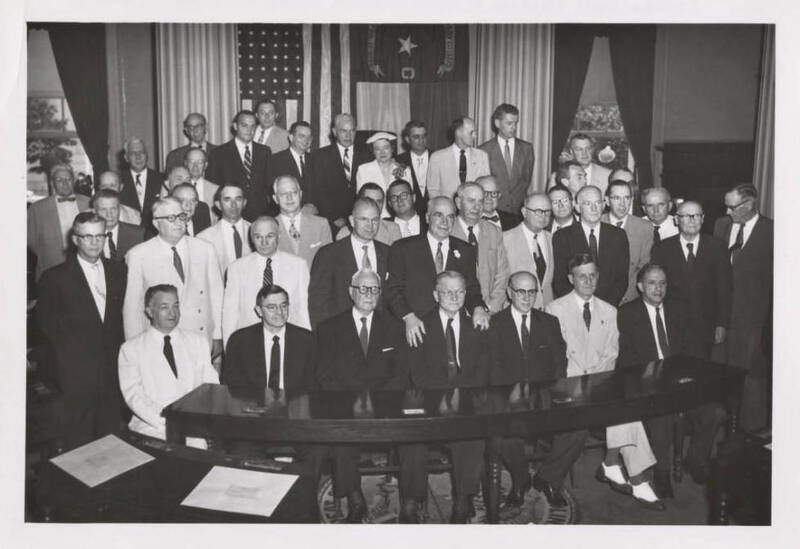 Rocky Mount native Susie Marshall Sharp (1907-1996) (standing in the center of the back row, in white) was the first woman on the North Carolina Supreme Court. She was appointed by the governor in 1962 and elected later that year. She was also the first woman in the country to serve as chief justice. 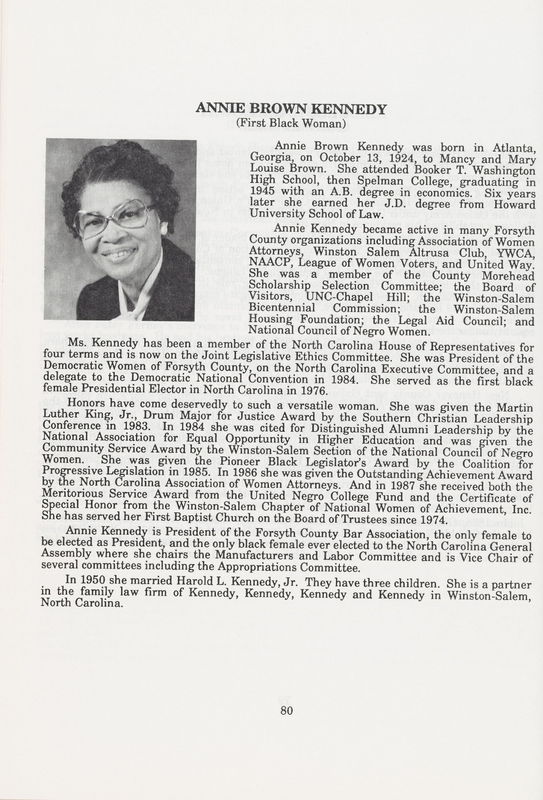 Seth B. Hinshaw, Linda H. Gunter, and John L. Cheney. 1988. The North Carolina Electoral College: the people and the process behind the vote. Raleigh, N.C.: North Carolina Commission on the Bicentennial of the United States Constitution.

Annie Brown Kennedy (born 1924) was the first Black woman to serve in the General Assembly. She was appointed in 1979 and elected in 1980. Kennedy was also the second Black woman in North Carolina to be licensed to practice law. 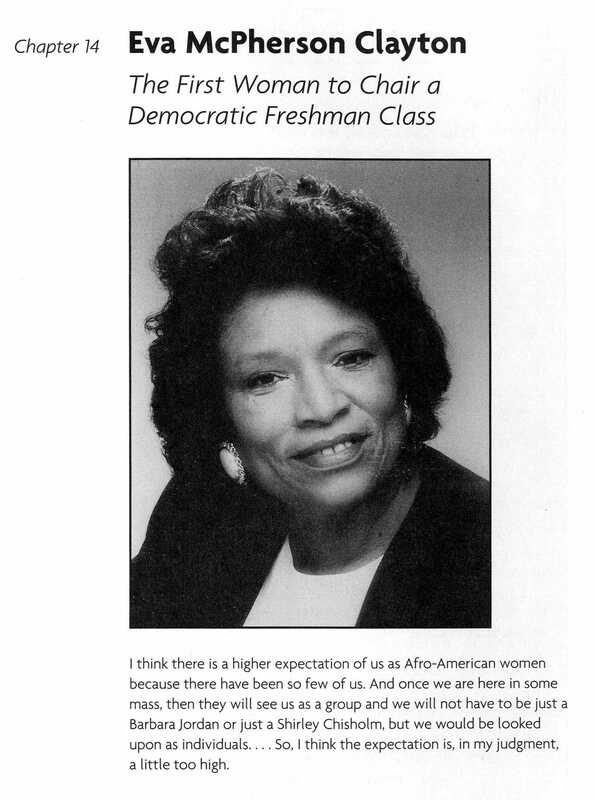 Eva M. Clayton (born 1934) was the first Black politician elected to Congress from North Carolina. She was elected in 1992 and served as the president of that year’s Democratic freshman class—the first woman and the first African American in that position.  Clayton first ran for Congress in 1968, but lost to incumbent Lawrence Fountain in the Democratic primary. 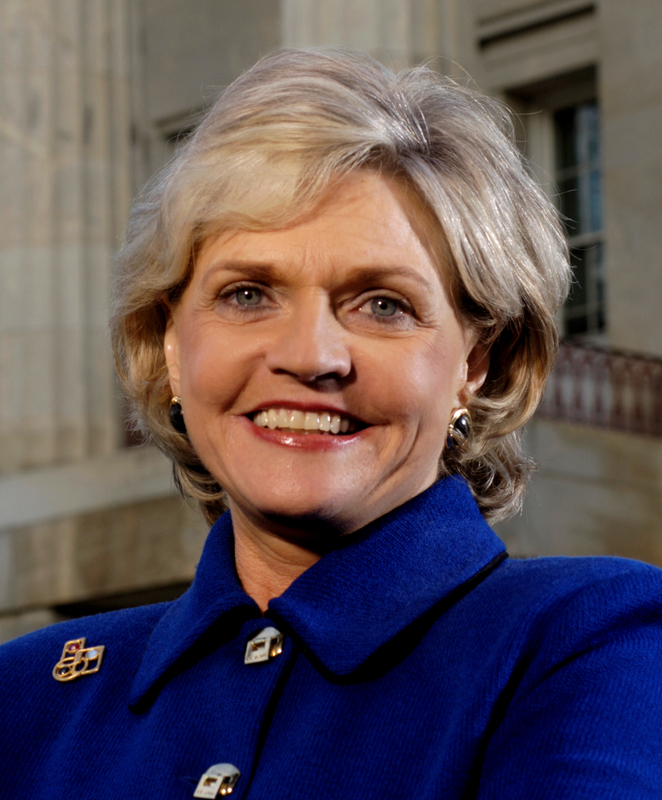