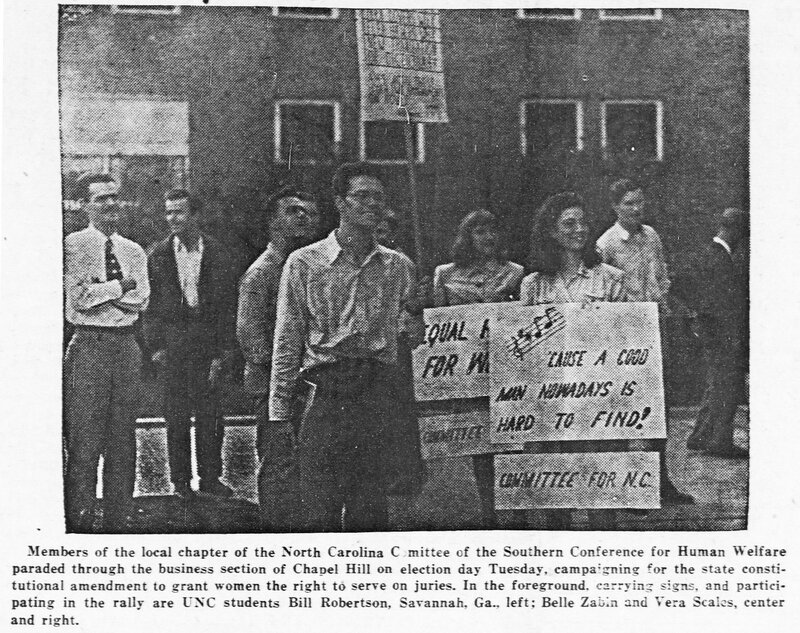 In 1920, former suffragists formed the League of Women Voters (LWV), a national nonpartisan organization founded to assist women in carrying out their new responsibilities as voters. North Carolina women quickly formed local chapters where members worked for societal reform. Like suffrage organizations, LWV chapters struggled with the issue of race, and North Carolina chapters did not begin racially integrating until 1955.

Despite the contributions of Black women to the battle for women’s suffrage, for decades many were unable to exercise their voting rights because of literacy tests, intimidation, and other methods used to suppress the Black vote.  Black women fought discrimination and segregation by working with organizations such as the National Association for the Advancement of Colored People and the Student Nonviolent Coordinating Committee, which held sit-ins at segregated lunch counters.

The passage of the Nineteenth Amendment in 1920 was a milestone in the women’s rights movement, but enfranchisement alone did not confer equal rights to North Carolina women. Women have since used their voting power and organizational skills to advocate for full political participation, including the right to sit on a jury, which was granted in 1946. Some working women joined and led labor organizations to protect workers' rights. Women have made great progress advancing women’s rights, and they continue to address current issues such as equal opportunity in the workplace through groups focused on passage of the Equal Rights Amendment.