The Suffrage Movement in NC 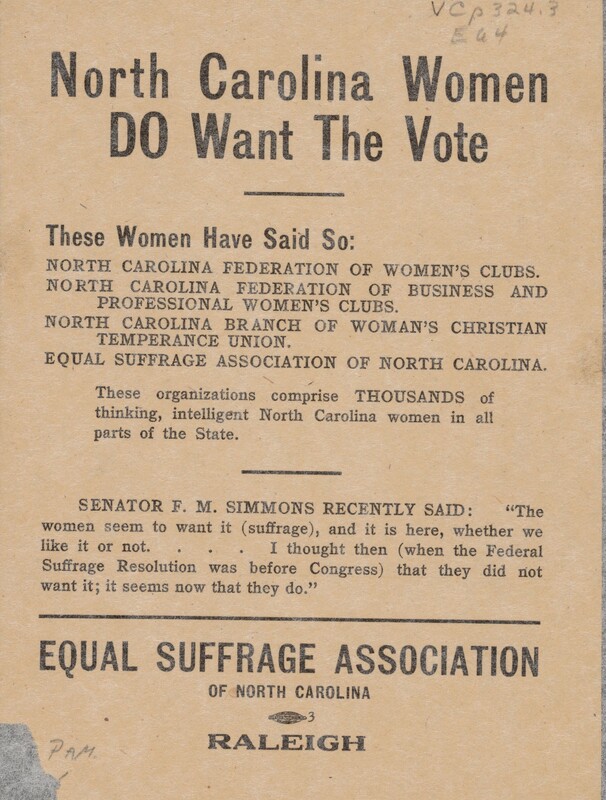 The North Carolina leagues were affiliated with the National American Women’s Suffrage Association (NAWSA). But the NAWSA was divided on the issue of interracial cooperation, and although Black women attended national meetings and marched in parades, they were mostly excluded from the activities of the larger group nationally and in North Carolina. Nevertheless, Black women supported the fight for women’s voting rights through their own social service organizations.

Many white southern suffragists participated in the activities of the Southern States Woman Suffrage Association, whose “southern strategy” supported state action over a federal amendment. This approach was designed to limit the Black vote. Numerous North Carolina male legislators introduced a variety of bills to the state legislature designed to grant women the right to vote in special, municipal, or presidential elections, but all bills failed to pass the General Assembly. Ultimately, the suffragists had to support the federal Susan B. Anthony Amendment and push the state’s legislature to ratify it.