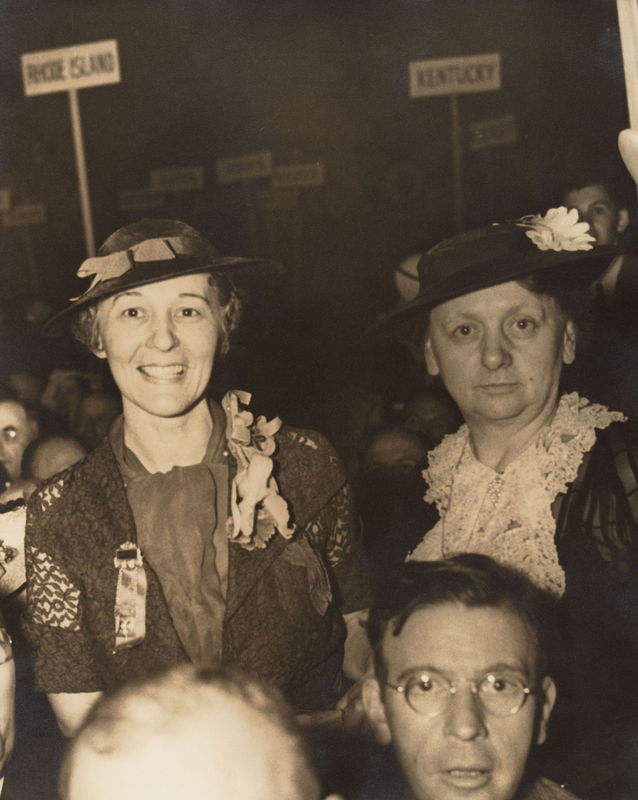 "So when the Divine Discontent, like a spirituous ferment, stirred the souls of many women and urged to action, the result became organized womanhood. The great need for strength and cooperation led to the forming of many organizations among women, all of them being for the benefit of humanity. The demand for suffrage, long ridiculed into obscurity, finally began to receive respect until Justice prevailed."

Upon arriving in North America, early English voyagers were surprised at the power and rights that Indigenous women held in their communities. The status of many Native women within their tribes differed from that of most English women who held no positions of power and few legal rights. Nanyehi, for example, was a “Beloved Woman” and political leader of the Cherokee in the 1700s. Life for Indigenous women in America changed as more Europeans settled in their lands and introduced their own political systems. Like white women, Native women, too, became distanced from political participation.

When American women began organizing in the 1840s to protest their exclusion from politics, few southern women participated because the women’s rights movement was allied with the abolitionist movement. Decades later when southern women organized to work for gender equality during the Progressive era, race continued to play a role that divided Black and white women. This segregation kept them from working together to achieve the same goals of improving individual lives and conditions in their communities.

This exhibit examines the roadblocks overcome and achievements earned by North Carolina women, beginning in the era before equal rights, through their gradual introduction into politics via participation in civic clubs and the woman's suffrage and temperance movements, and continuing into the fight for the passage of the Equal Rights Amendment.

This exhibit was created by North Carolina Collection staff Alison Barnett, Stephen Fletcher, Linda Jacobson, and Bob Schreiner, with the assistance of Amanda Biddix, Emmi Farrell, and Kate Trathen. Special thanks go to the Conservation Lab and the Digital Production Center.

A note about research resources and language. Decades of gender and racial prejudices mixed with partisan political loyalties biased the perspectives of newspaper writers and publishers. With some exceptions, women's activities are not well documented—particularly those of Black women. Library collections often reflect the biases of past collection policies, leaving individuals and communities underpresented in those collections. Despite these limitations, the exhibition team made a pointed effort to seek and use a diverse range of materials.

This site includes historical materials that may contain language or negative stereotypes reflecting the culture or language of a particular period or place. These items are presented as part of the historical record.