The Orange County Arts Commission hired three Carrboro artists to create posters in conjunction with the county health department's #MaskUpOCNC social media campaign. #MaskUpOCNC urged Orange County residents to comply with state and county mask mandates to prevent the spread of COVID-19. Residents were encouraged to share photos of themselves masked on Facebook, Instagram, and Twitter under the hashtag #MaskUpOCNC. Each week, one participant received a $25 gift certificate from a local business. 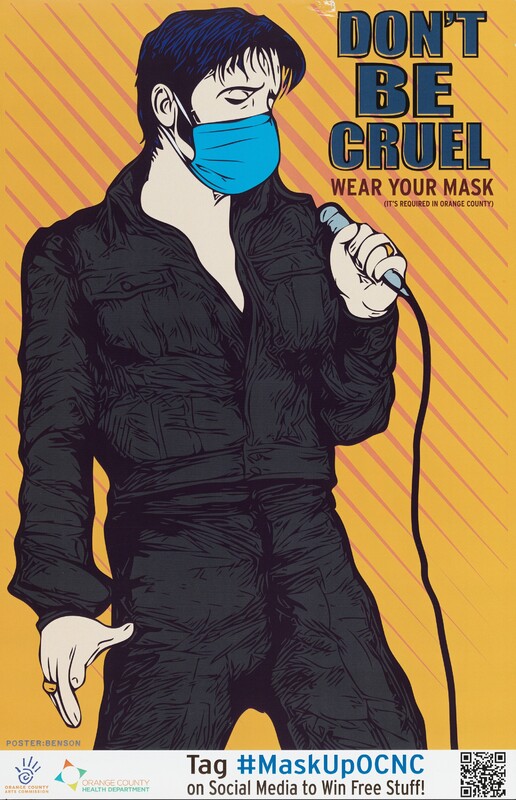 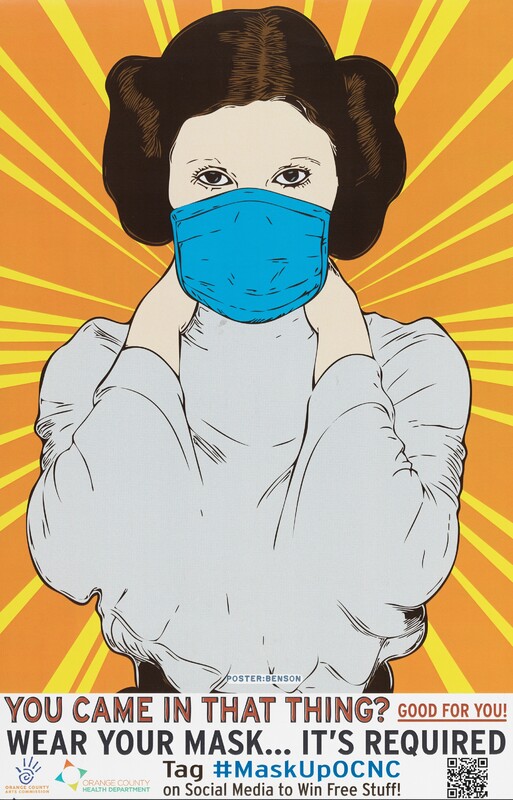 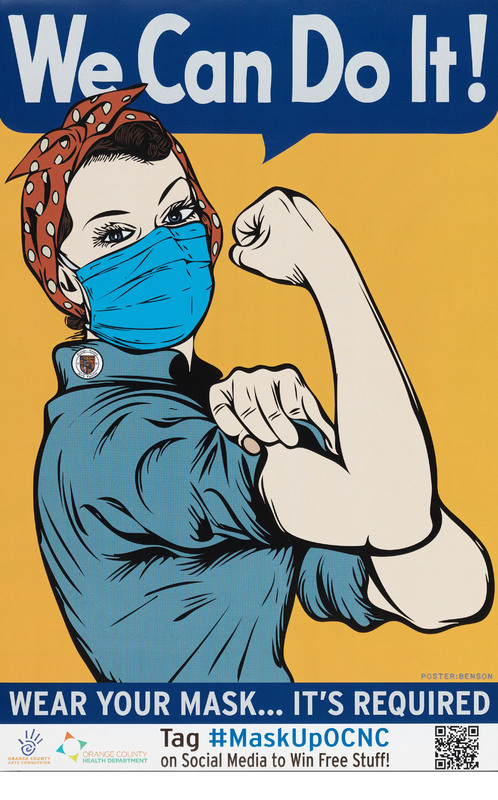 You Came in That Thing? Good for You. Wear Your Mask . . . It’s Required. July 2020.
Features Princess Leia of the Star Wars movie franchise.

We Can Do It! July 2020.
This poster uses Rosie the Riveter, the symbolic star of a U.S. campaign aimed at recruiting female workers for defense industries during World War II. 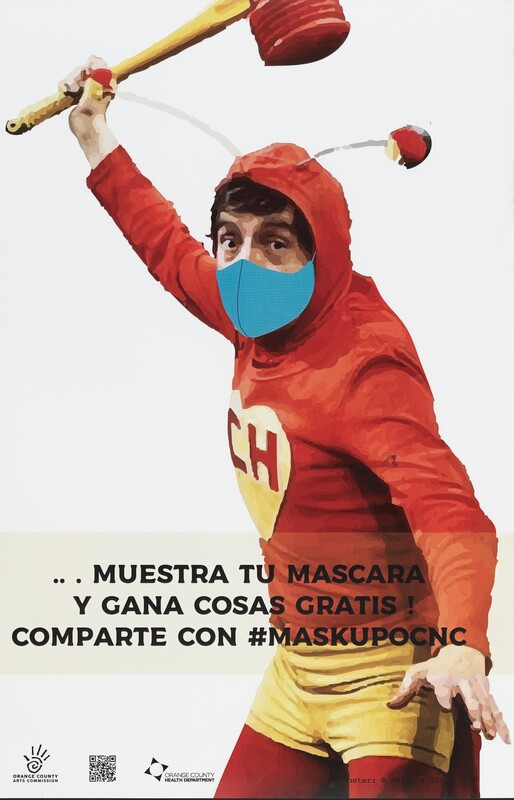 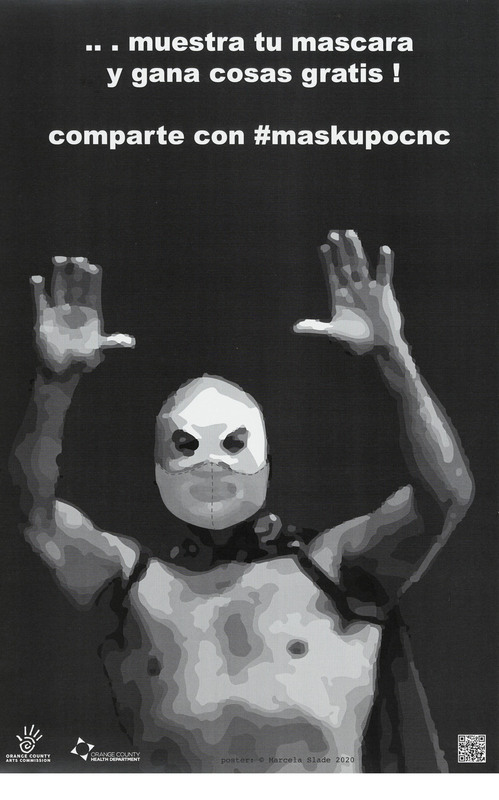 MUESTRA TU MASCARA Y GANA COSAS GRATIS! [Wear Your Mask and Win Free Stuff!] July 2020.
The poster depicts El Santo (The Saint), the character name for Rodolfo Guzmán Huerta (1917–1984). He was a Mexican luchador enmascarado, masked professional wrestler. El Santo was one of the most famous Mexican luchadores. His wrestling career lasted nearly five decades, during which he became a folk hero and a symbol of justice for the common man through his appearances in films and comic books. 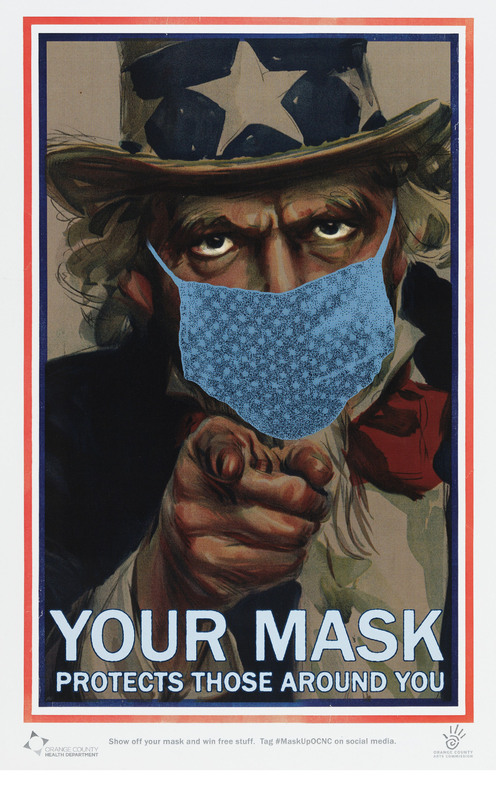 Your Mask Protects Those Around You, July 2020.
This poster features Uncle Sam, a popular symbol of United States patriotism. While this image is based on the World War I-era "I Want You For U.S. Army" recruiting poster, here Sam is only requesting that the viewer wear a mask.