"If you say to African-American writers, or any writers coming from an outside position, that their only cultural authority comes from the literal truth, you are barring them from a whole imaginative universe."*

African Americans have used fiction to explore aspects of African American life, examine history, resist oppression, and tell their own stories in their own voices. The literary styles vary from fictionalized memoirs to magical realism, but always are rooted in a strong sense of place, often with their North Carolina roots permeating the authors' natural and constructed worlds. 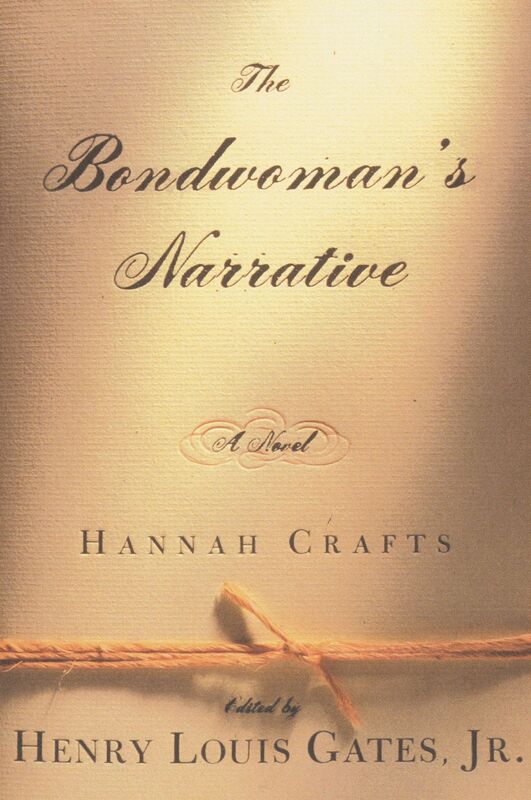 Enslaved on a plantation in Murfreesboro, Hannah Bond (1830? - ?) is believed to have been a self-educated woman who worked as a maid to the mistress of the house. The Bondswoman’s Narrative is a fictionalized account of her early life and later escape to freedom. 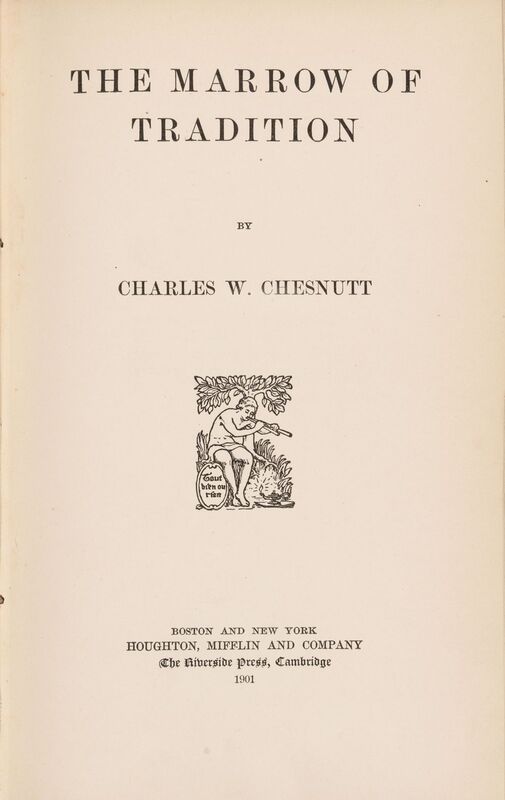 Charles W. Chesnutt (1858-1932) was born to free Black parents in Ohio but was raised in Fayetteville. He was educated at Fayetteville's Howard School, an institution for African Americans established by the Freedmen's Bureau. In later years, Chesnutt served as a teacher and administrator in the State Colored Normal School. He was one of the first Black writers to become a mainstream success by writing fiction that realistically portrayed the complexities of African American life. Chesnutt was unusually honest about the problems inherent in that experience, and his stories remain valuable for their descriptions of nineteenth-century Black culture and attitudes.

The Marrow of Tradition examines the violence of the post-reconstruction period. It is a fictionalized account of the brutality of the white North Carolina Democrats who instigated the November 1898 Wilmington Massacre.

The Marrow of Tradition at Documenting the American South. 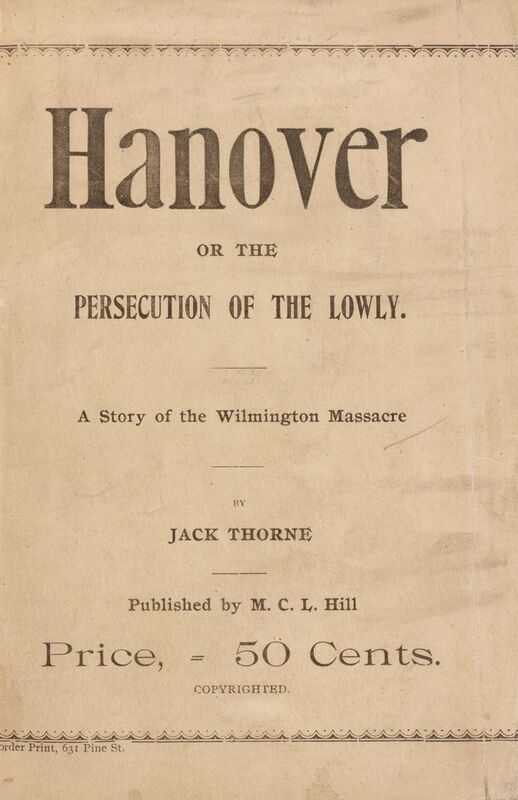 Jack Thorne. Hanover or The Persecution of the Lowly. A Story of the Wilmington Massacre.

David Bryant Fulton (1863?-1941) was born in Fayetteville and grew up in Wilmington, completing his education at the segregated Williston School and Gregory Normal Institute. Fulton began his writing career as a correspondent for the Wilmington Record, an African American newspaper.

Fulton’s second book was a loosely constructed novel, Hanover, or The Persecution of the Lowly, a blending of fact and fiction to set the record straight about the causes and outcome of the Wilmington Massacre of 1898. It was published under his pen name “Jack Thorne.”

Hanover at Documenting the American South. 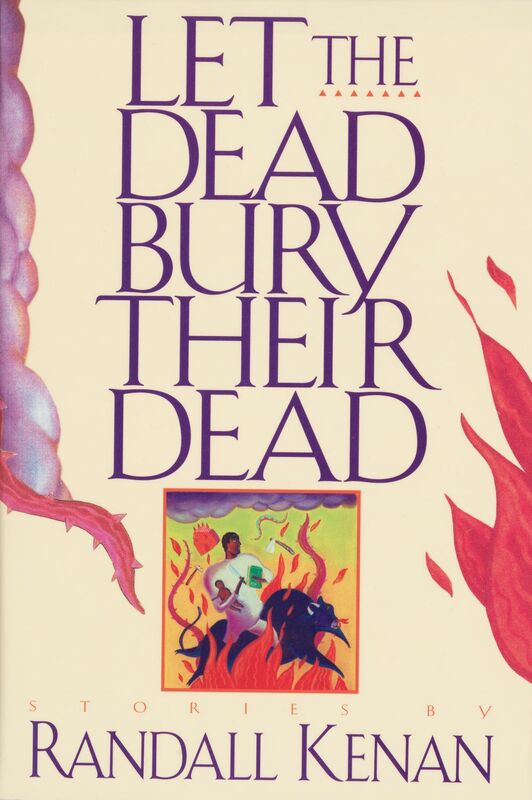 Let the Dead Bury Their Dead features the residents of the fictional town of Tims Creek, North Carolina. This collection of short stories was nominated for the Los Angeles Times Book Award, was a finalist for the National Book Critics Circle Award, and named one of the New York Times's Notable Books of 1992. 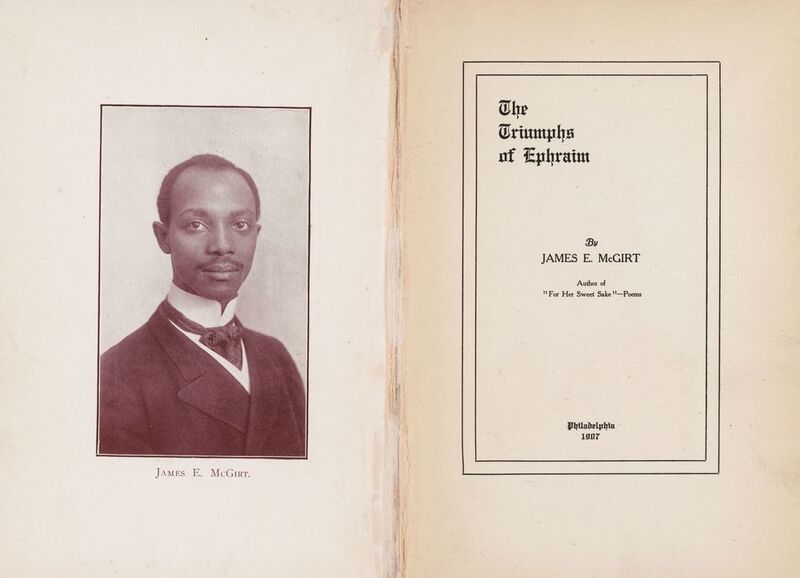 James Ephraim McGirt (1874-1930) was born in Robeson County. He was raised on a farm near Lumberton and attended Allen Private School. After the family moved to Greensboro, McGirt graduated from the public high school and earned a bachelor’s degree from Bennett College.

McGirt published McGirt's Magazine, which reprinted the work of African American writers, gave voice to the political aims of the community, and encouraged African Americans to gain autonomy through voting and education.

The stories in The Triumph of Ephraim focus mainly on romantic love and feature youthful Black heroes and heroines. A few of his stories are set in North Carolina. 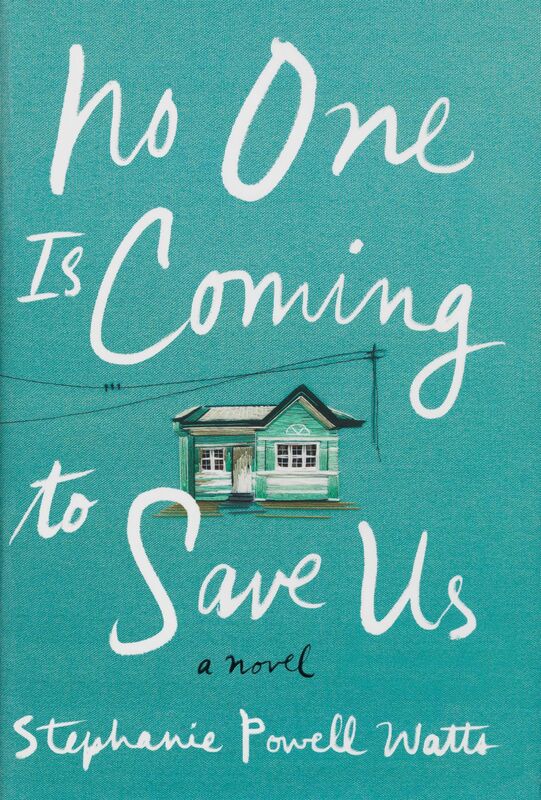 Stephanie Powell Watts. No One Is Coming to Save Us : A Novel. New York: Ecco, an imprint of Harper Collins Publishers, 2017.

No One is Coming to Save Us, her debut novel, is about an extended African American family and their conflicting visions of the American Dream. Powell Watts describes it as “The Great Gatsby set in rural North Carolina, nine decades later, with desperate black people.”