Children enjoy seeing their experiences and identities mirrored in the books they read. Seeing themselves can impart that their cultural heritage is valued and give them a sense of agency.

These authors present an authentic point of view that is often forgotten or denied. They tell stories of historical and fictional characters that are connected to the history and traditions of North Carolina and the United States. 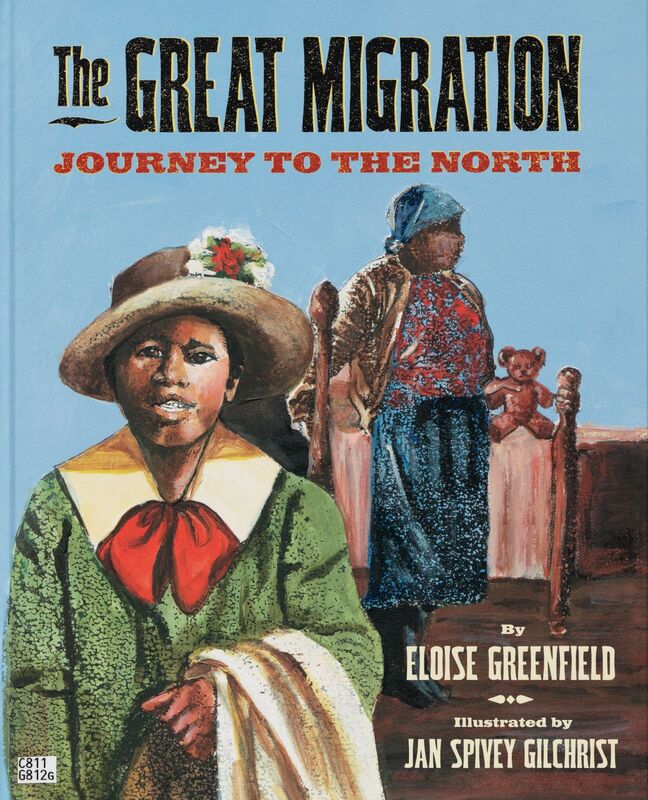 Eloise Greenfield was born in Parmele in Martin County. She attended Miner Teacher College, now known as the University of the District of Colombia.

In The Great Migration, Greenfield’s poetry depicts hopes and fears of African Americans as they leave behind the segregated South and dream of new opportunities in the North.

Kelly Starling Lyons, a Pennsylvania native, lives in Raleigh. She attended Syracuse University where she majored in African American Studies and earned a master’s in magazine journalism.

Ellen’s Broom was inspired by a document Lyons saw while researching family history in Rockingham County. Ellen learns the meaning of the wedding broom and the symbolism it contains for enslaved people who were forbidden by their owners to marry.

Poet, author, playwright, and producer, Shelia P. Moses is one of ten children and grew up in Rich Square. She attended Shaw University in Raleigh. Moses is a National Book Award nominee and Coretta Scott King Award winner for The Legend of Buddy Bush.

A native of Missouri, Eleanora Tate was the first female African American reporter for the Des Moines Register and Tribune. Tate also taught children’s literature at North Carolina Central University in Durham. She was the recipient of the 2007 North Carolina Book Award for Juvenile Literature, and a North Carolina Junior Children’s Book Award nominee.

In Celeste’s Harlem Renaissance, the main character’s move from her home in segregated Raleigh to Harlem, New York, introduces her to artists, poets, and musicians. In Harlem, people try to endure and prosper in a society that is not as openly racist as the South, but still places constraints on Black people.

When four courageous black teens sat down at a lunch counter in the segregated South of 1960, it became the catalyst for a wider movement of quiet defiance against segregation. Weatherford’s story presents a child's perspective of this pivotal event in the American Civil Rights Movement.