The opening of schools for Black students after the end of the Civil War decreased the illiteracy rate dramatically from 95% in 1865 to 50% in 1900. The texts schools used, however, either ignored the history and accomplishments of African Americans or promoted the view that Blacks were culturally and intellectually inferior. Educators such as Edward Austin Johnson recognized the need for books that would give Black students a sense of pride about their history. 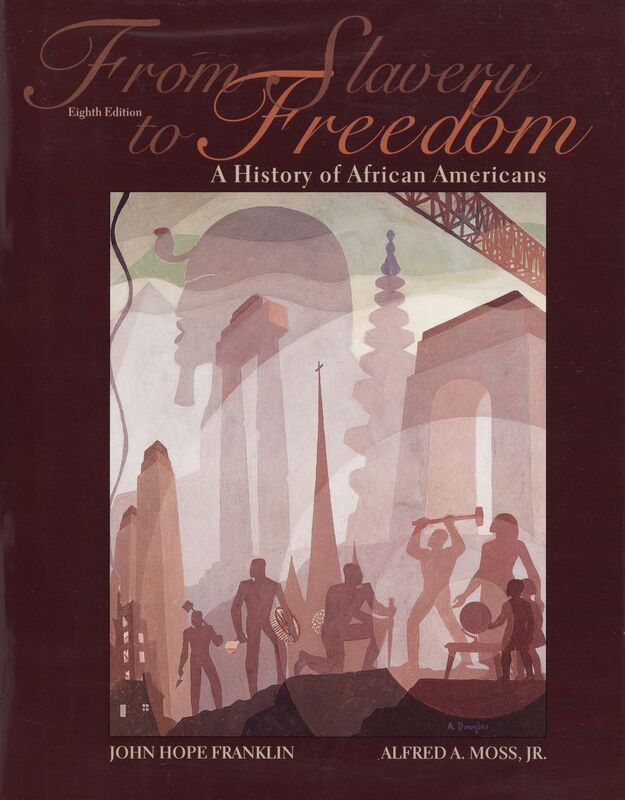 John Hope Franklin and Alfred A. Moss. From Slavery to Freedom: A History of African Americans. New York: Alfred A. Knopf, 2000.

John Hope Franklin’s (1915-2009) From Slavery to Freedom has been issued nine times from 1947 through 2011 and translated into five languages. The book traces the history of African Americans from their origins in Africa, through slavery and struggles for freedom in the Western Hemisphere, to their ongoing quest for racial equality in the United States. It is considered to have shaped the field of African American history. Franklin, an Oklahoma native and a graduate of Fisk University and Harvard, wrote this book while a professor at North Carolina College for Negroes (now North Carolina Central University). After teaching at universities in other states, Franklin returned to North Carolina in 1983 to teach at Duke University. Over his lifetime he received many awards and honors, including being inducted into the North Carolina Literary Hall of Fame. 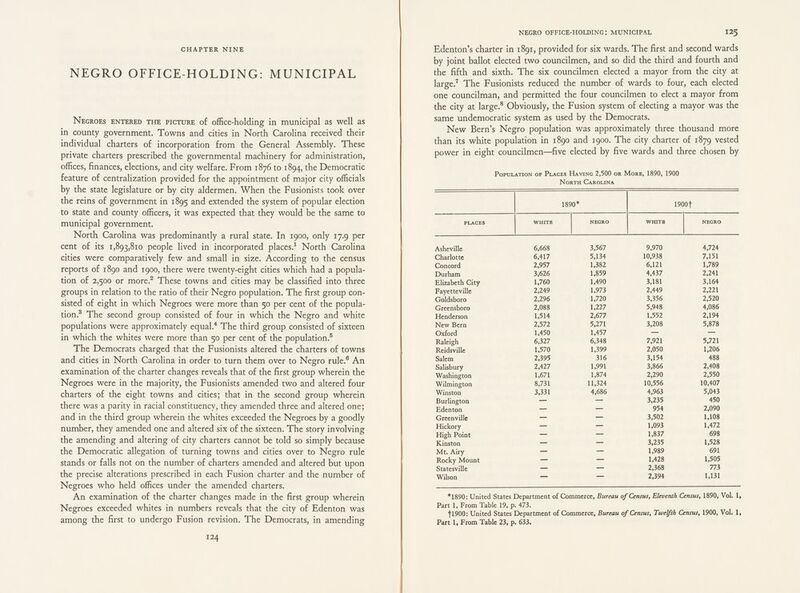 Helen Gray Edmonds (1911-1995), a native of Virginia, joined the faculty of North Carolina College for Negroes (now North Carolina Central University, NCCU) in 1941. She was the first African American woman to earn a PhD at Ohio State University. Her dissertation, The Negro and Fusion Politics in North Carolina, 1894-1901, published in 1951, is still considered an influential work. The book examines the often neglected but vital role that African Americans played in the rise of Fusion politics, a time when Populist and Republican parties in North Carolina joined to defeat conservative Democrats. This period witnessed the election of Black office holders, until the movement was defeated by the Democrats’ “White Supremacy” campaign of 1898.

Edmonds served in several positions at NCCU, including Dean of the Graduate School of Arts and Sciences, until her retirement in 1971. In 1989, a classroom building on the campus was named in her honor.

Edward A. Johnson. A School History ... of the Negro Race in the United States. With a Short Introduction as to the Origin of the Race. Also a Short Sketch of Liberia. Raleigh: Edwards & Broughton, 1894.

Edward Austin Johnson (1860-1944) was born enslaved on a Wake County plantation. After emancipation he acquired a basic education in Raleigh and a college degree at Atlanta University. In his early career he taught in and directed public schools for African American children in Atlanta and Raleigh. In 1891 he earned a law degree at Shaw University and afterwards worked as an attorney, law professor, and businessman. Johnson became involved in Republican politics in North Carolina and later in New York after moving there in 1907. In 1917 he was elected to the state assembly in Albany, becoming the first African American member of the New York legislature.

As an educator, Johnson recognized the critical need for texts that would provide African American children with information about "the many brave deeds and noble characters of their own race." Johnson wrote A School History of the Negro Race in America, which was published in 1891 and later appeared in several revised editions. This textbook was the first by a black author to be approved by the North Carolina State Board of Education for use in the public schools.

A School History at Documenting the American South.