The 1970s saw the rise of unapologetically gay and lesbian print media, largely in response to the demand for updates on the U.S. and U.K.’s concurrent gay liberation movements. The ability to plainly address overlooked queer issues was not only empowering but also a key contribution to the movement’s success. Beyond newspapers, countless literary magazines allowed women writers, especially women of color alienated by major publishers and second-wave feminism, to distribute unfiltered queer expression. 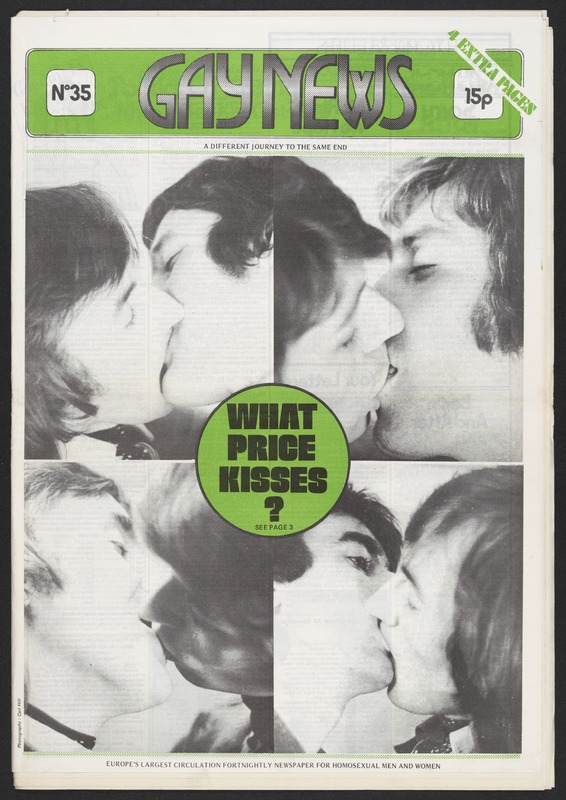 As the battles of the 1960s continued in a new decade, the UK’s first gay newspaper was started by members of the Gay Liberation Front and the Campaign for Homosexual Equality. While it only lasted from 1972-1983, the News was far-reaching and hotly discussed, facing both legal challenges for its content and discrimination from newsstands. The cover photograph from this particular issue earned the News a charge of obscenity, though the case was later dismissed. 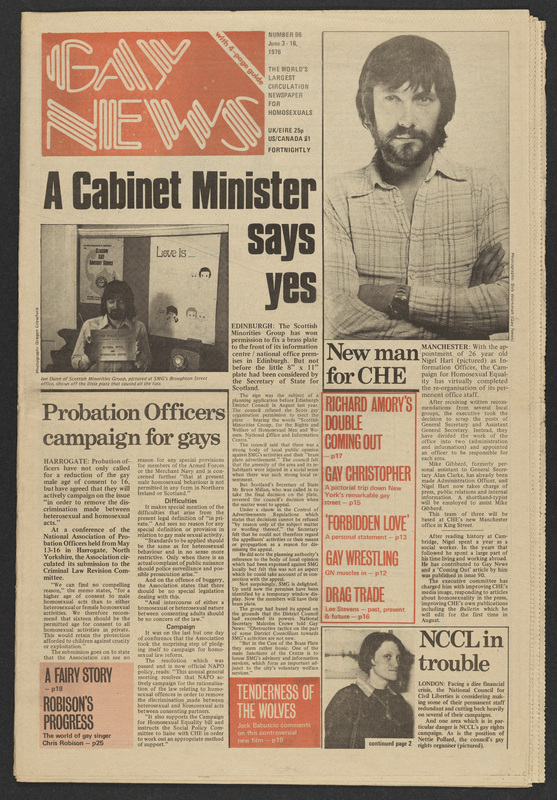 A poem within, shown below, resulted in landmark censorship case Whitehouse v. Lemon. Conservative activist Mary Whitehouse sued the publication for “The Love That Dares to Speak its Name,” which describes a sexual fantasy about Jesus. Both Gay News and editor Denis Lemon were fined for blasphemy, with Lemon serving prison time. Lemon had previously suffered legal woes for the benefit of the News, having been charged with obstruction for photographing police activity at a leather bar in 1972. 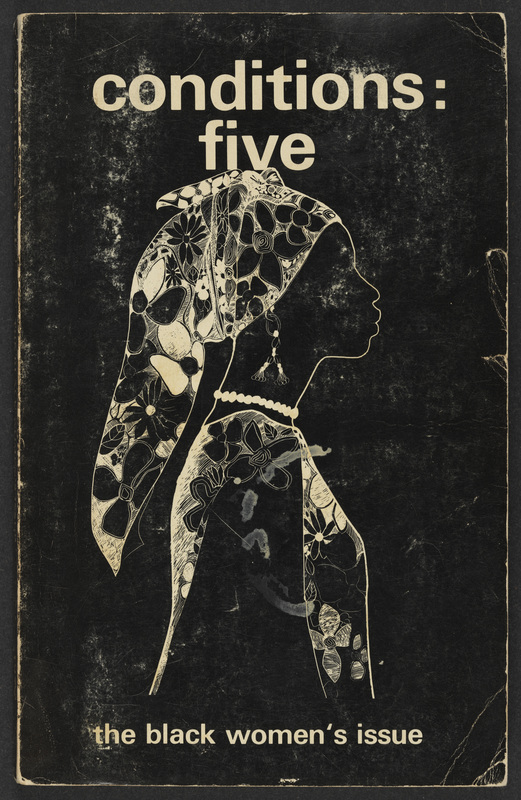 Conditions: A Magazine of Writing by Women with an Emphasis on Writing by Lesbians
Issue no. 05
New York, 1979

Especially popular in its release, this themed issue was the first widely published collection of black feminist writing in the United States. All issues were edited and hand printed by a diverse team of queer and feminist women. Together they offered free copies to women who were incarcerated or institutionalized and ensured that each issue only included ads for women’s businesses. The magazine includes writing from countless notable writer-activists such as Gloria Anzaldúa, Audre Lorde, Adrienne Rich, Cherríe Moraga, and Sapphire. 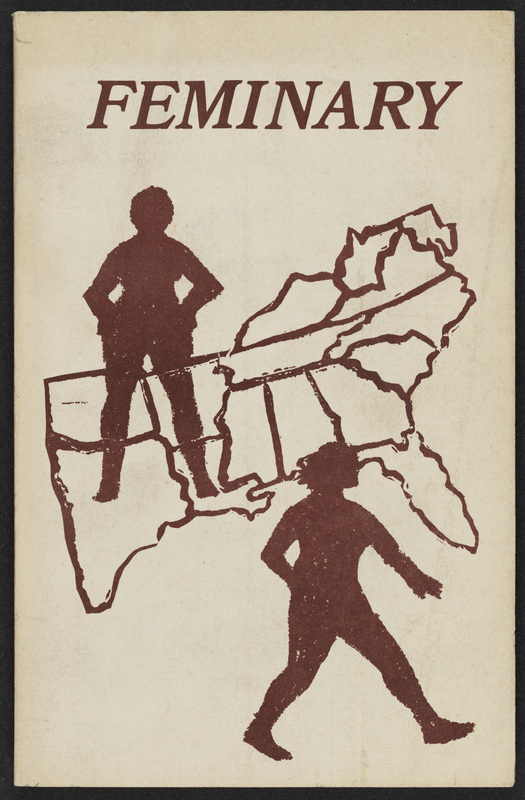 Feminary: A Feminist Journal for the South Emphasizing Lesbian Visions Volume 12, Issue no. 01 Iowa City: Iowa City Women’s Press, 1982  Displeased with the limitations of The Feminist Newsletter and its earlier iterations, Chapel Hill-based editors transformed the newsletter into the more stylistically inclusive Feminary and had it printed by a feminist collective in Iowa. Many of the original editors met as graduate students at UNC Chapel Hill and lived together in a house they referred to as a “lesbian-feminist commune.” Issues contain a variety of essays, fiction, interviews, poetry, and more about lesbian issues in the southern United States. 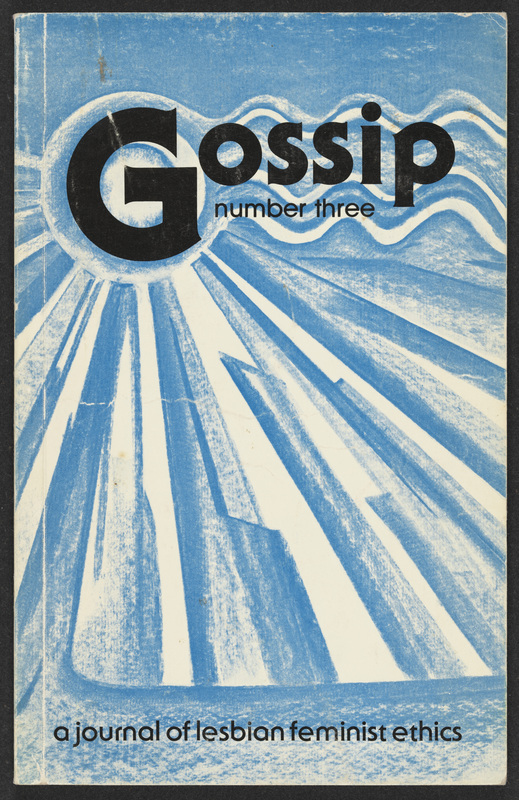 Printed by the radical feminist and lesbian Onlywomen Press, Gossip was short-lived but had a remarkable impact on lesbian theoretical discourse. The journal was created to promote British discussions of sexuality and gender politics similar to those in the American journal Lesbian Ethics. Much of the magazine’s content was also performed aloud at Gay’s the Word, England’s only specifically queer bookstore. 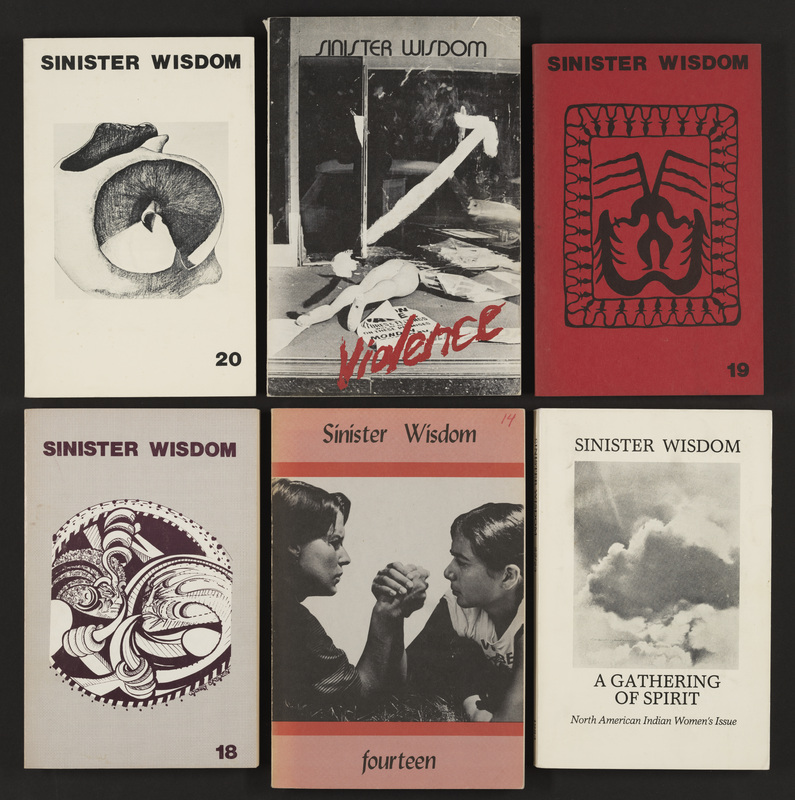 Sinister Wisdom  Iowa City: Iowa City Women’s Press, winter 1980   Started in Charlotte, North Carolina in 1976, Sinister Wisdom has become the oldest running lesbian serial and is now published out of Berkeley, California. From its inception, it was intended as a markedly multicultural and multi-class outlet that emphasized the inclusion of non-academic writers, setting it apart from most of its scholarly contemporaries. Each of the record 105 total issues contains a combination of lesbian poetry, prose, theory, and art.