Looking Back: The World of Austen’s Reception

This year’s Jane Austen Summer Program theme, “Jane Austen’s World,” attempts to pull us close to the real conditions of Austen’s life. To read her today, over 200 years after her death, is to read her in conjunction with a long, complex reception history. We might read her variously as the domestic, “dear Aunt Jane,” the rebellious proto-feminist, or the subdued intellectual wit, among other renderings. The shifts in Austen’s legacy are muddled even further by the relative scarcity of material we have from Austen’s hand. The letters that we have read for this year’s conference represent the closest evidence we have of the authentic “Jane Austen.”

The objects in the section trace Austen’s reception history and, in particular, its shifts in the late-nineteenth and early-twentieth century. During this period, Austen’s dual-interest to general readers and scholars alike blossomed and therefore introduced a cultural relationship to Austen that has continued to this day. On display are pages from the first biography of Austen, Henry Austen’s “Biographical Notice” that prefaced the posthumous first editions of Northanger Abbey and Persuasion (1817); two nineteenth-century engravings of Austen that, arguably, distance us from more so than transport us to the “real” Austen; a facsimile page of Austen’s collected reviews of Mansfield Park in R.W. Chapman’s 1926 edition of her manuscript writings; and exchanges between the literary agent A.P. Watt and Austen scholar John S. Bailey. 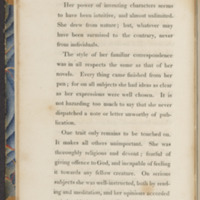 Pages from Henry Austen’s “Biographical Notice of the Author,” which prefixed Northanger Abbey and Persuasion (1817) 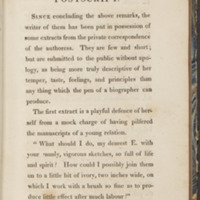 Henry Austen’s “Biographical Notice of the Author,” pages of which are displayed here, prefaced the first edition of Northanger Abbey and Persuasion. It was the first attempt to memorialize Austen’s life. Here, Henry draws comparisons between Austen’s novels and her letters. “Every thing came finished from her pen,” he writes, and includes Austen’s now well-known description of her writing on “a little bit of ivory, two inches wide.” 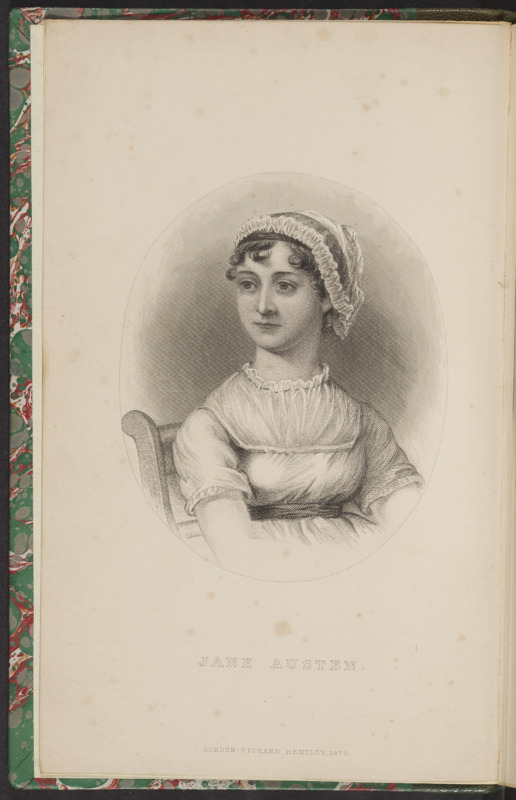 Frontispiece to A Memoir of Jane Austen (1870)

This biography generated new interest in Austen and is considered to be the origin of her enduring legacy today. It presents family members’ personal memories of “dear Aunt Jane” within Victorian ideals of middle-class femininity. Accordingly, the frontispiece engraving softens Austen’s expression, posture, and dress from a watercolor portrait by Cassandra Austen. 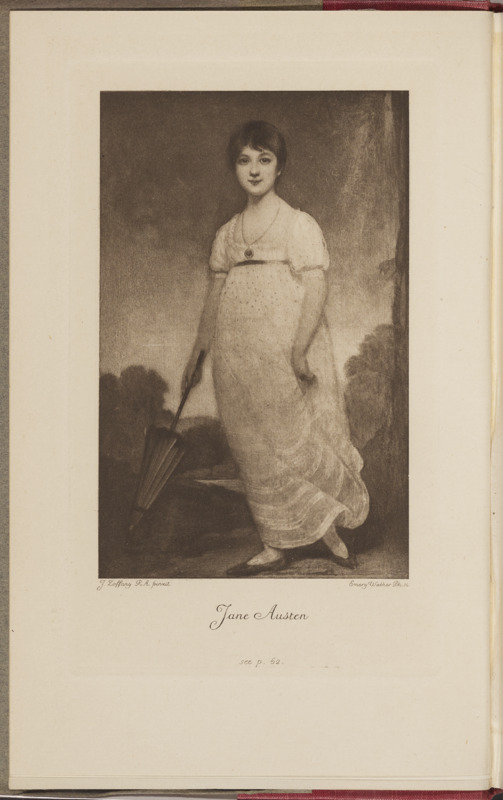 Frontispiece to Jane Austen: Her Life and Letters

William and Richard Austen-Leigh, descendants of Jane’s nephew James Edward, sought to supplement the 1870 Memoir with new source material and with a perspective of Austen "seen from a greater distance.” The frontispiece includes the so-called Rice Portrait supposed to be of a teenaged Austen. It is not certain whether the portrait truly is of Austen, but the subject’s spirited self-assurance allies with the Austen that emerges in her letters and novels. 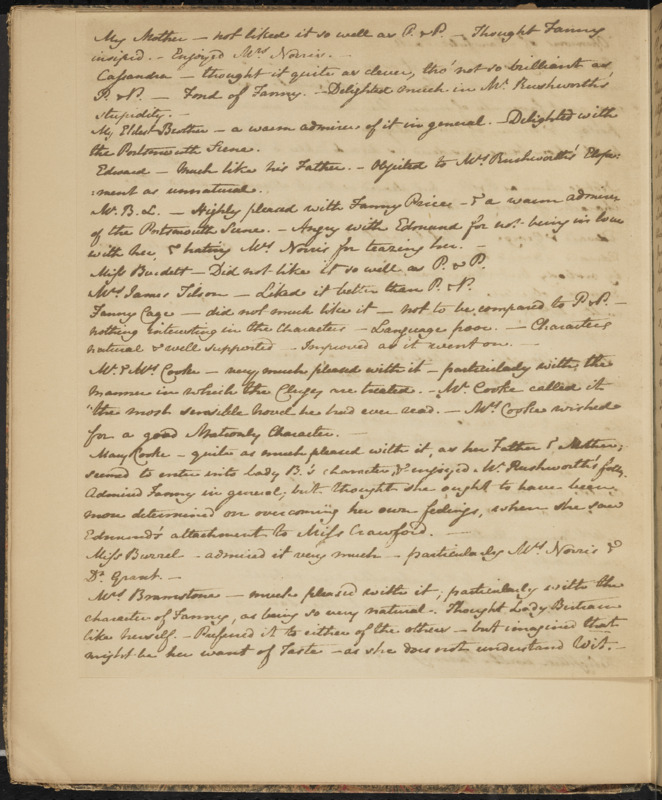 This facsimile page in Austen’s hand records several family members’ and friends’ responses to Mansfield Park. The uppermost entry, for example, records that her mother did not like Mansfield Park “so well as P&P—thought Fanny insipid—Enjoyed Mrs. Norris.” This fascinating personal document shows Austen’s attentive energy to a range of opinions on her work—the pleasure with which she received both praise and criticism. 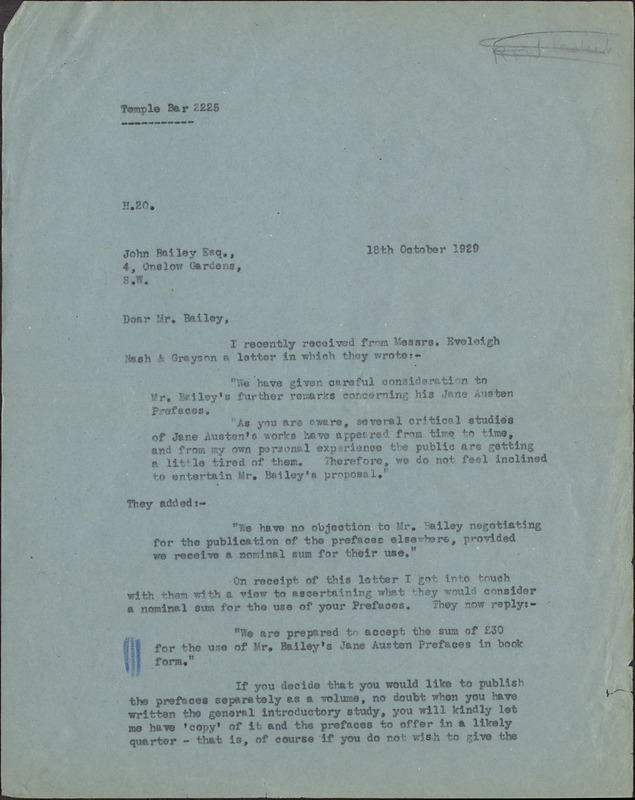 A.P. Watt is regarded as the first literary agent. In this memo, Watt discusses critic John Bailey’s work-in-progress on Austen’s novels, and the publishers’ rejection of them. According to the publishers, “as several critical studies of Jane Austen’s works have appeared from time to time…the public are getting a little tired of them.” Bailey’s work was eventually published by Oxford University Press as Introductions to Jane Austen (1931).