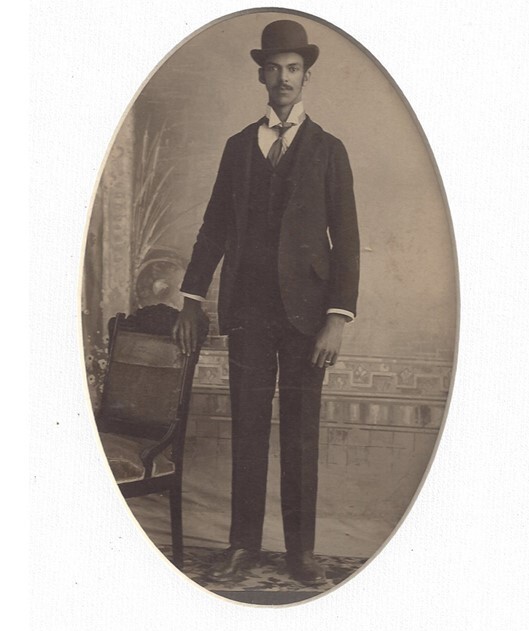 Providence Baptist Church was established in 1866 and the land for the church was donated by Zephaniah Mitchell, the father of Lucinda Mitchell Dean, wife of James Monroe Dean, Senior.

James Monroe Dean, Sr. is my great grandfather. Mr. Dean had a son by a white woman while he was enslaved. Mr. Dean's son was born in Asheboro, North Carolina, but he and his son later relocated to Greensboro, NC. The white mother of James Monroe Dean, Junior gave his father land so that he would be considered a 'freedman.'"

Stanback hopes that her family's history will enrich local young people's knowledge regarding the lives of African Americans living in Greensboro, North Carolina during the Reconstruction Era. Her family collection includes a Zoom interview with her cousin, Valarie Dean, as well as family photographs dating back to the late 19th century.

“The photographs of my great grandparents are meaningful to my project because they are rare photos from the 1800's. The African American community needs to know the complete history of slavery in America in order to fully address and understand the cause of some of their current psychological reality. Since much of the history of slavery in America has been left out of public school curriculums, these kinds of projects are priceless and informative.”

Listen to Sylvia Stanback's advice for people interested in preserving the stories of their families and communities.