Settling Down in North Carolina

Weary of touring, in 1839 Chang and Eng settled in Wilkes County in northwestern North Carolina. After briefly working as merchants, they turned to farming. In 1843 Chang and Eng married white sisters Adelaide and Sarah "Sallie" Yates, respectively, and fathered a total of twenty-one children. As their families grew, the twins moved to nearby Surry County, where each kept a house and farm. As was common in that period, the two families suffered the loss of several children due to sickness or accident over the years.

Chang and Eng left little documentation sharing their views on life in antebellum North Carolina. However, a few details of their lives are notable. Despite laws that granted citizenship only to whites, they were able to become naturalized U.S. citizens. Additionally, they adopted the traditions of the South. They enslaved Blacks, and two of their sons fought for the Confederacy during the Civil War. Like many Southerners at the end of the war, Chang and Eng suffered financial losses and were forced to tour again, often accompanied by their children.

Chang and Eng died within three hours of each other on January 17, 1874. They are buried in the graveyard of the Baptist church they helped to build in White Plains, Mount Airy. 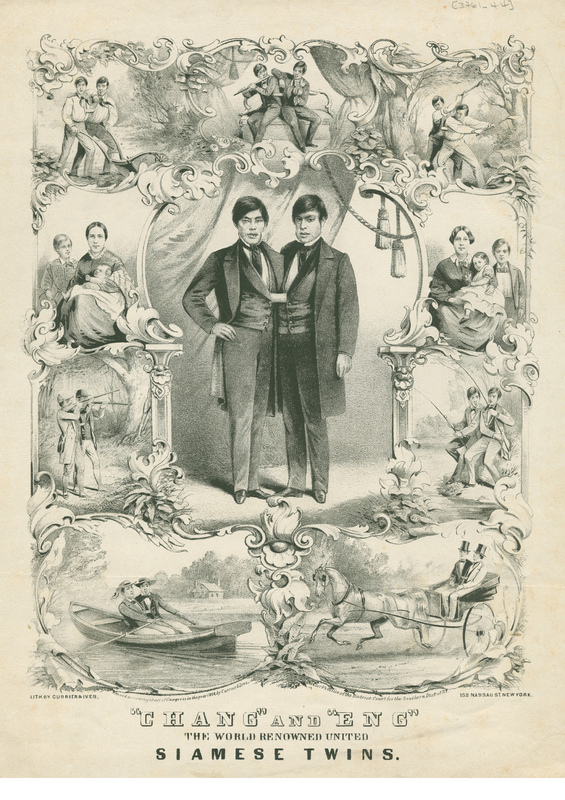 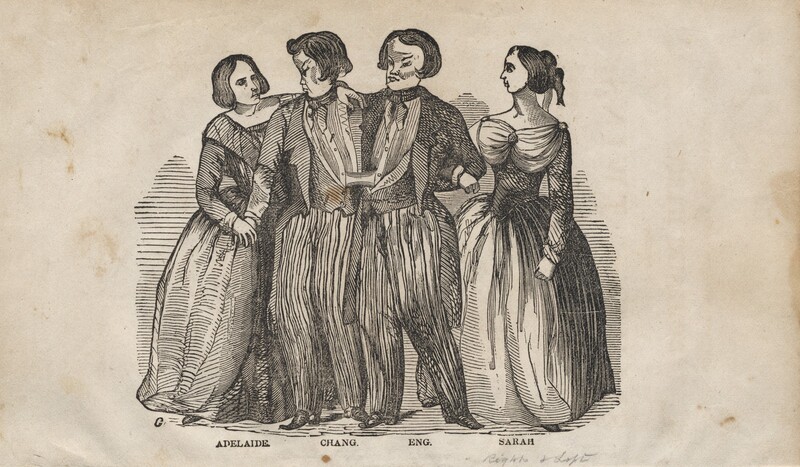 The news of the twins' marriage with two white women was reported in newspapers across the nation and the world.  While some reports congratulated the couples, others considered the unions unnatural and immoral. 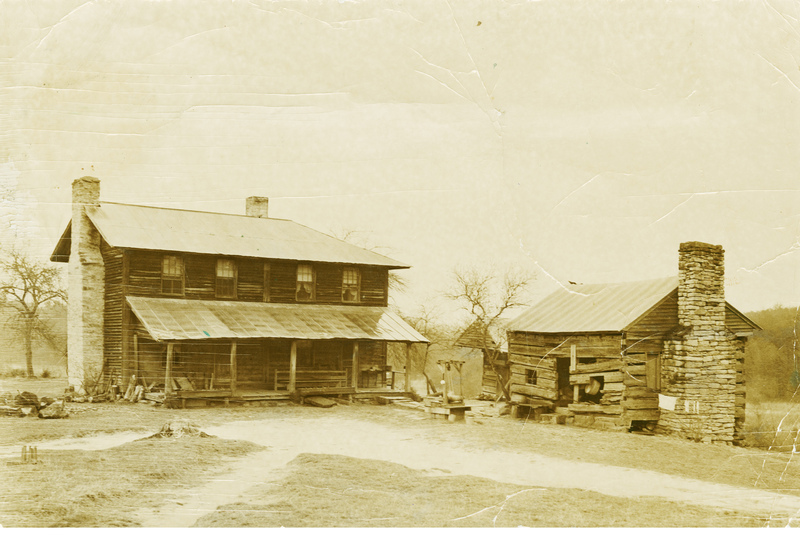 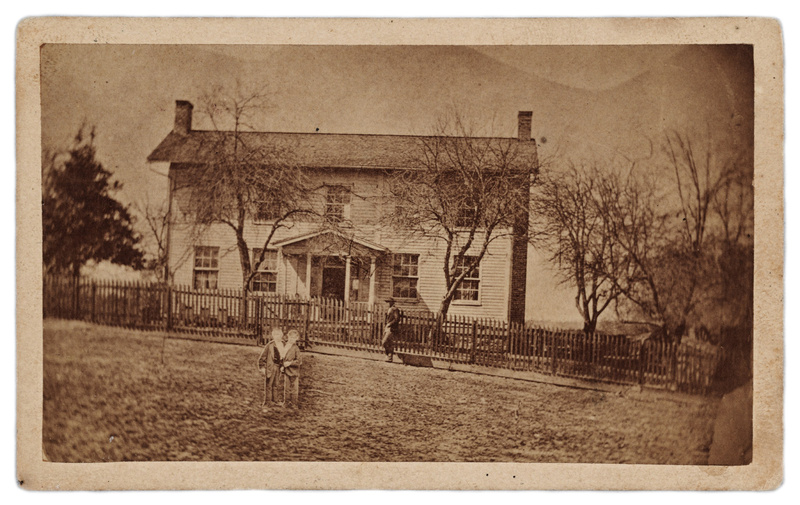 Both twins owned a house and farm in Surry County. Chang and Eng devised a plan to spend an equal amount of time with each family, spending three days in Chang’s house, and then three days with Eng’s family, rotating throughout the year.  The brother whose house they occupied decided upon the day’s leisure activities. Contemporaries of the twins reported that Chang liked to hunt and play cards, while Eng enjoyed reading and chess. 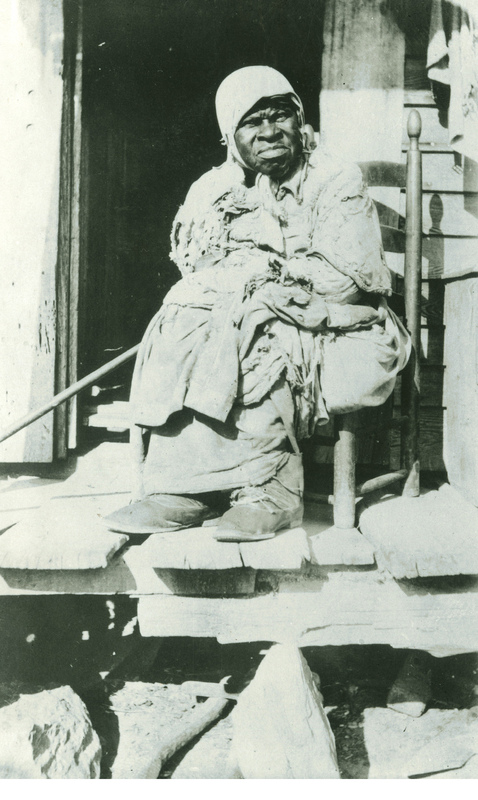 Like many other wealthy farmers in the South, Chang and Eng enslaved African Americans who worked the land and cared for houses and families. "Aunt Grace," an enslaved woman, was given by the Yates family to Eng and Sarah. Grace helped raise all the Bunker children. 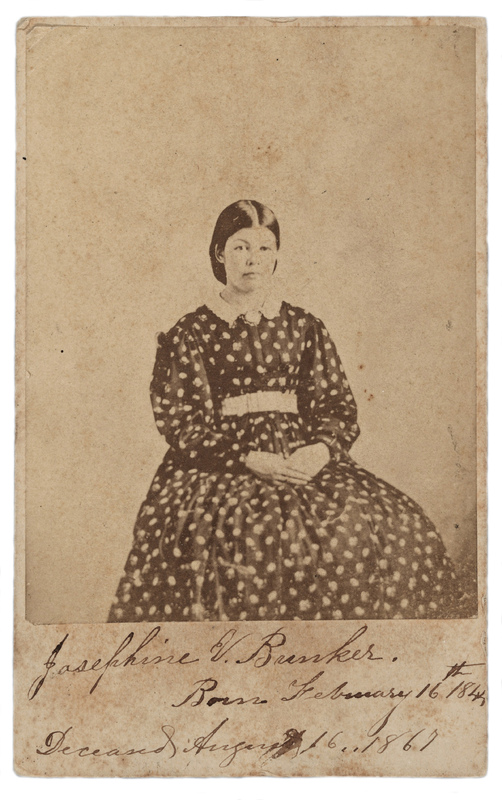 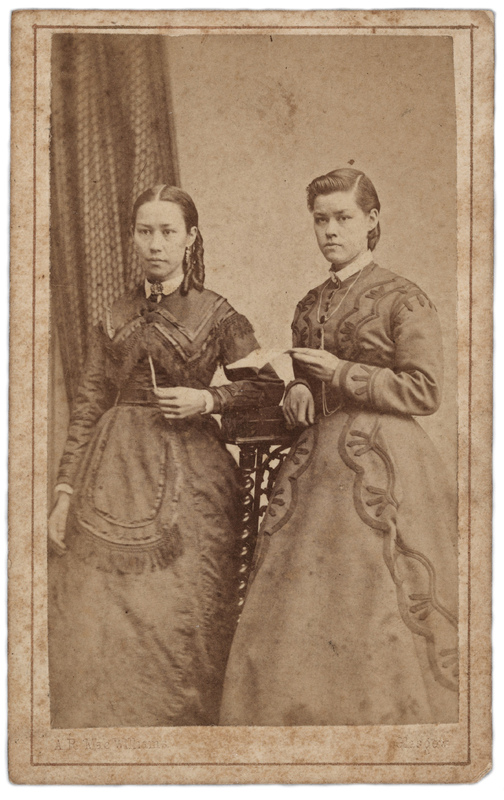 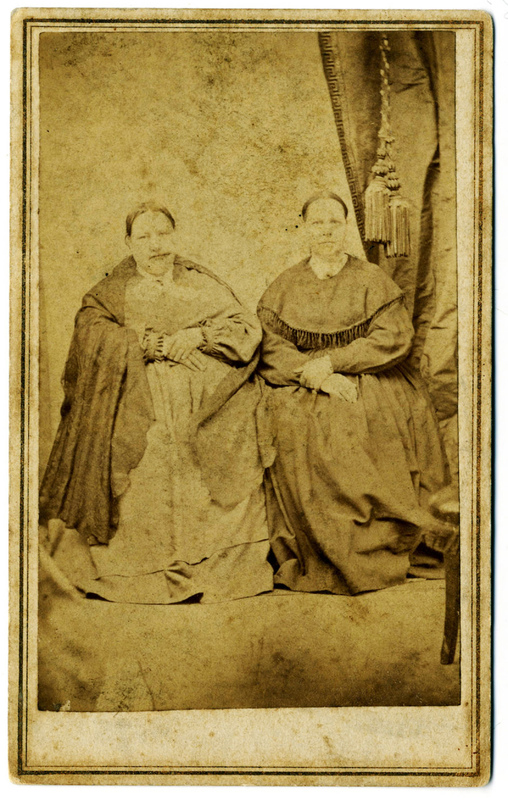 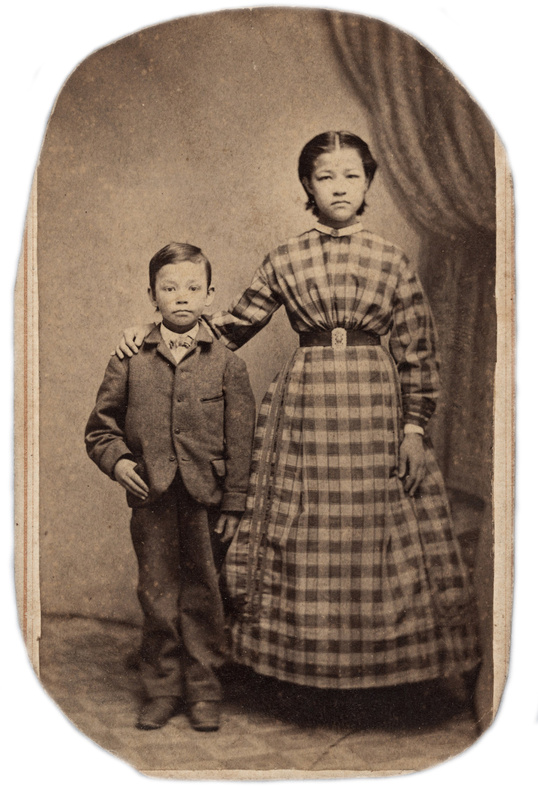 Chang’s oldest daughter accompanied the twins to some of their early appearances.  This portrait was made on a trip to London, England. Josephine died in 1867.

Katherine "Kate," left, and Nancy Adelaide "Nannie" accompanied the twins on their tour of the United Kingdom. While the twins needed to raise money, they also wanted to seek out medical advice about Kate, who died of tuberculosis in 1871.

After the death of the twins, their wives continued to raise their children and stay involved in the local community, though they shunned the limelight they had lived in for the 31-year marriages. Sallie died in 1892 and Adelaide in 1917.

Louise was the sixth child of Chang and Adelaide.  Both she and her younger brother Jesse were born deaf and attended the Institute for the Deaf and Dumb and Blind in Raleigh, which is now known as the Governor Morehead School. 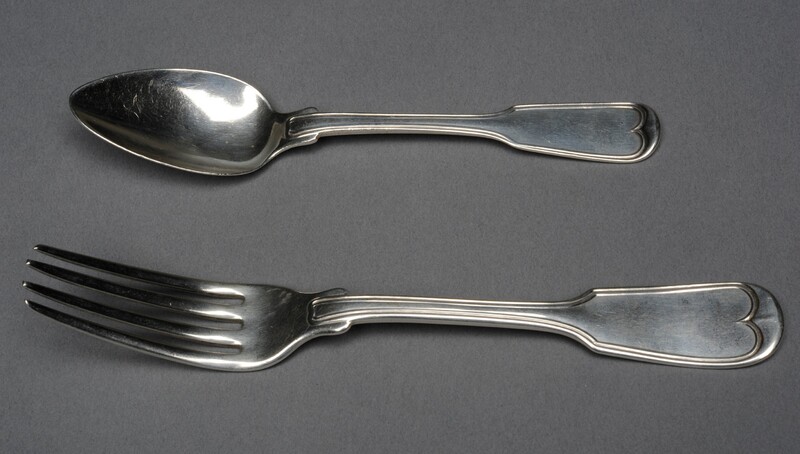 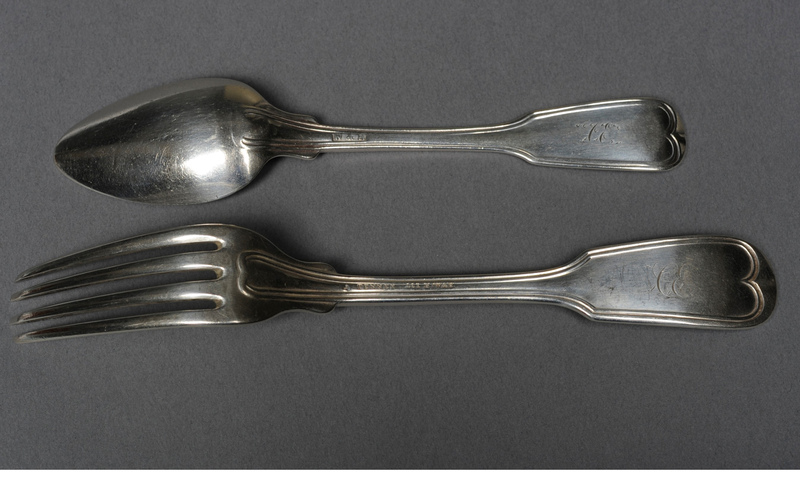 This coin silver flatware with "CE" engraved on the shaft is from a set used in the Bunker households.  The ownership of silver was a sign of affluence. Friend and biographer Jesse Franklin Graves reported that when brides Sarah and Adelaide discovered there were both silver forks and spoons in the Bunker house, they knew that their new home was "uncommonly elegant." 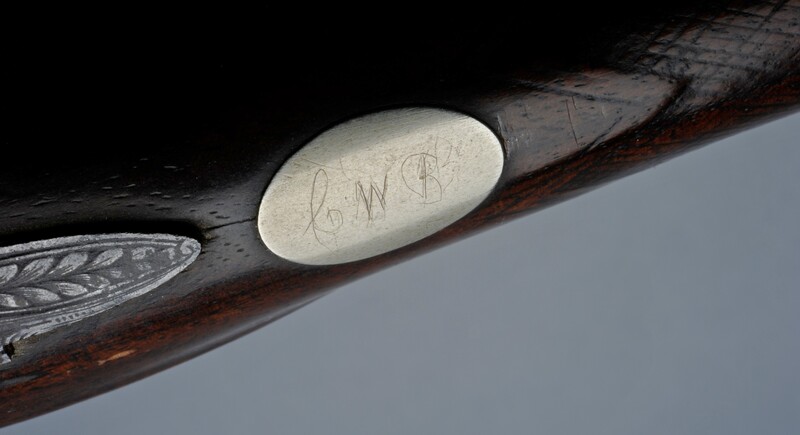 The twins were avid sportsmen who enjoyed fishing and hunting. According to a biographical pamphlet written in 1836, Chang and Eng were skilled marksmen who enjoyed hunting squirrels and birds. This rifle was passed down to Chang’s son Christopher.  The rifle is engraved with Christopher’s initials. 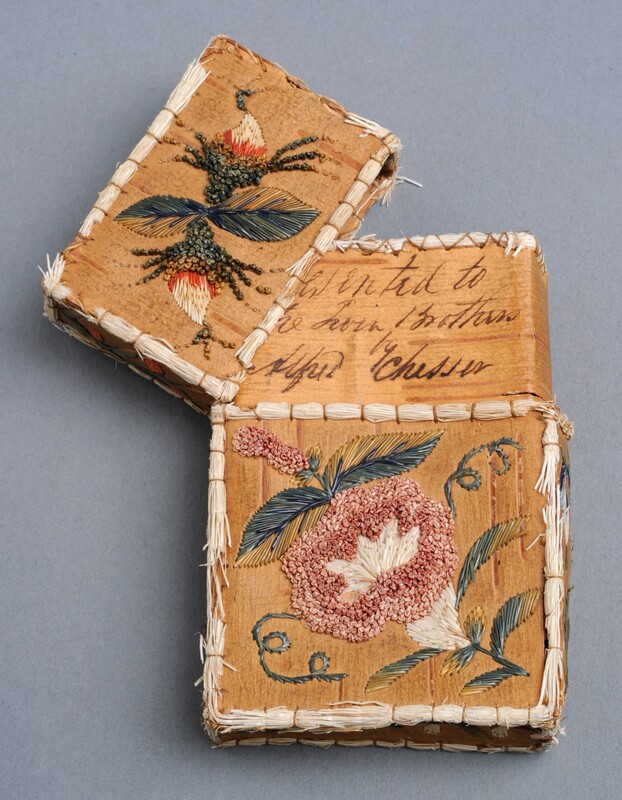 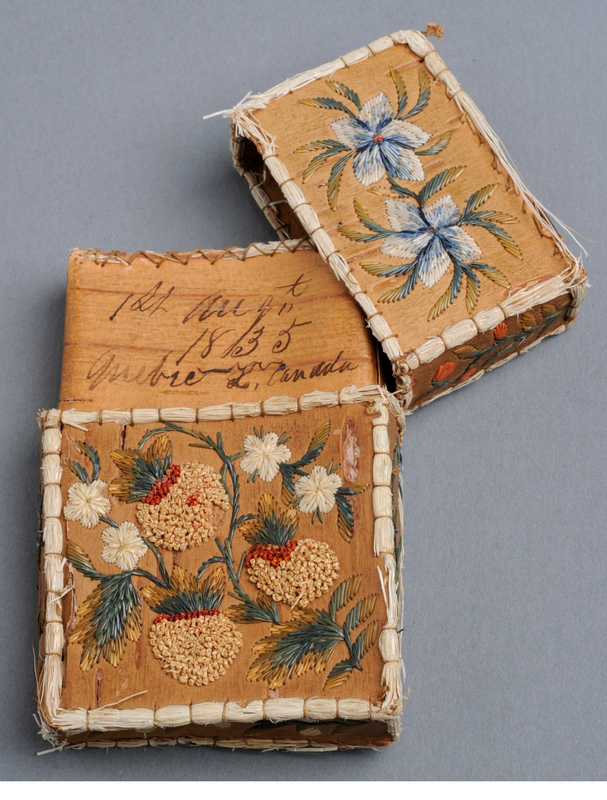 This embroidered birch bark case with pine needle binding could have been used to hold calling cards, small photographs, or cigars. Handwritten in ink on the inside is "Presented to the Twin Brothers [by] Alfred Chesser" and "1st? August 1835, Quebec, Canada." 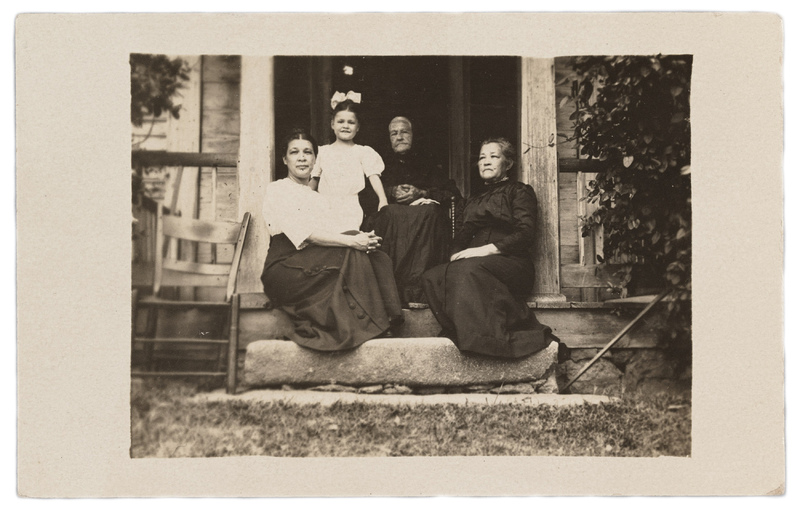