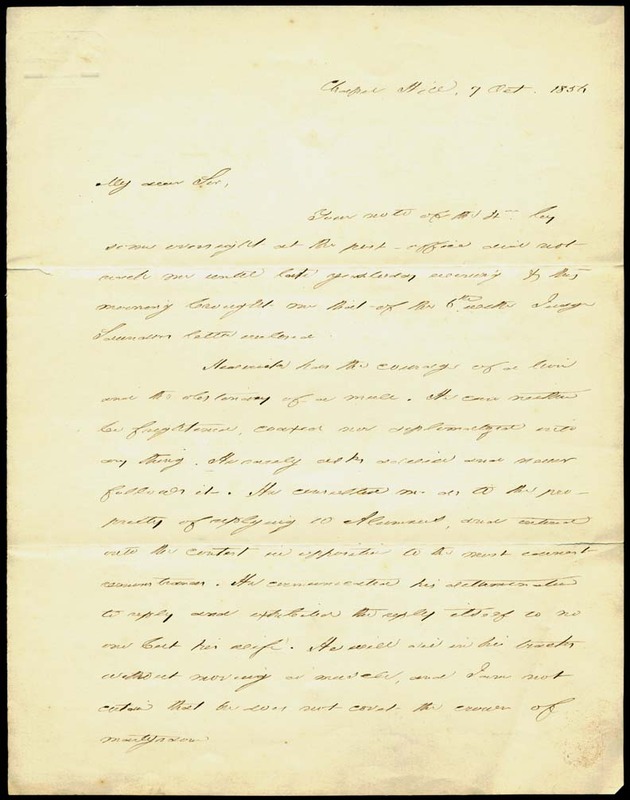 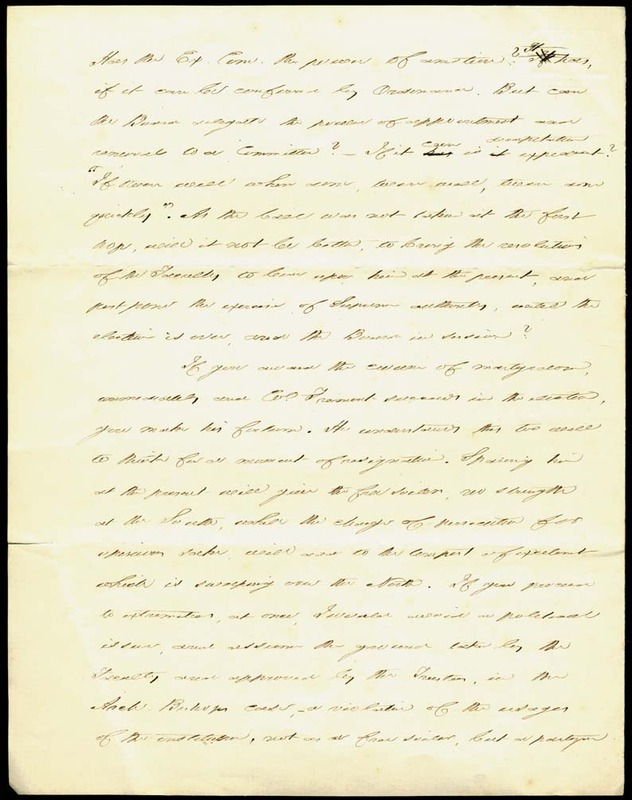 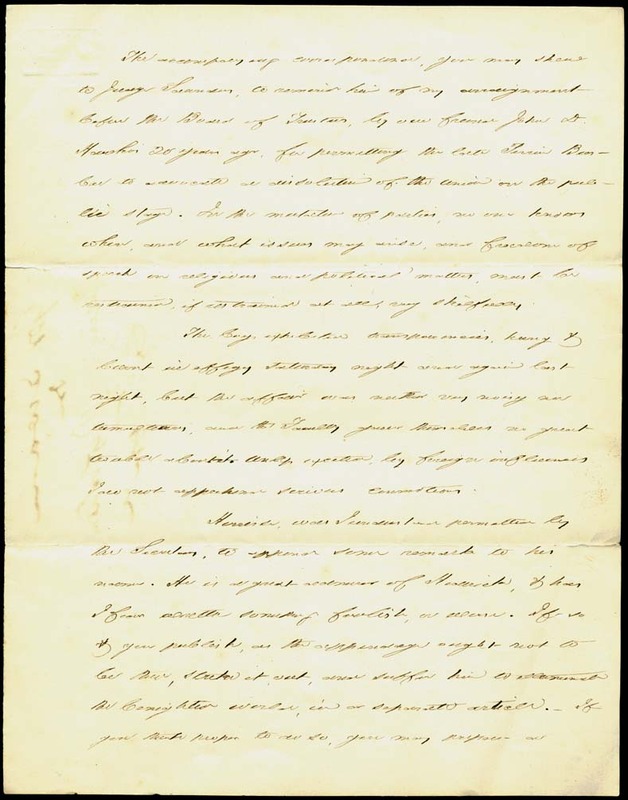 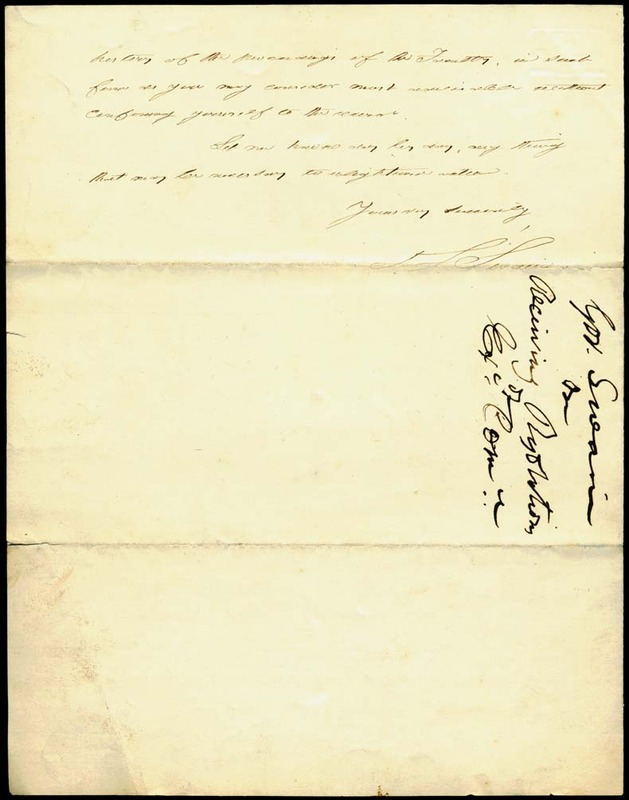 Your note of the 4th by some oversight at the post-office did not reach me until late yesterday evening & this morning brought me that of the 6th with Judge Saunders's letter enclosed.

Hedrick has the courage of a lion and the obstinancy of a mule. He can neither be frightened, coaxed, nor diplomatized into anything. He rarely asks advice and never follows it. He consulted me as to the propriety of replying to Alumnus, and entered into the contest in opposition to the most earnest circumstances. He communicated his doctrines to reply and exhibited the reply itself to no one but his wife. He will lie in the tracks without moving a muscle, and I am not certain that he does not covet the crown of martyrdom.

Has the Ex. Com. the power of a motion? It has, if it can be conferred by Ordinance. But can the Board delegate the power of approachment and removal to a Committee? If it can is it expedient? "If it were well when done, twer well, twere done quickly." As the ball was not taken at the first hop, will it not be better to bring the resolutions of the Faculty to bear upon him at the present, and postpone the exercise of Supreme authority, until the election is over and the Board in session?

If you award the crown of martyrdom immediately and Col. Fremont succeeds in the election, you make his future. He understands this too well to think for a moment of resignation. Sparing him at the present will gain the free soiler, new strength at the South, which the charge of persecution for opinion sake will add to the tempest of excitement which is sweeping over the North. If you proceed to extremities, at once, I would avoid a political issue, and assume the ground taken by the Faculty and approved by the Trustees, in the Arch Bishop case, a violation of the usages of the institution, not as a free soiler, but a partisan.

The accompanying correspondence, you may show to Judge Saunders, to remind him of my arraignment before the Board of Trustees, by our friend John D. Hawkins 20 years ago, for permitting the late Perrin Busbee to advocate a dissolution of the union on the public stage. In the matter of politics, no one knows when, and what issues may arise, and freedom of speech on religious and political matter must be restrained, if restrained at all, very skillfully.

The boys exhibited transparencies, hung & burnt in effigy Saturday night and again last night, but the affair was neither very noisy nor tumultuous, and the Faculty gave themselves no great trouble about it. Unless excited by foreign influences I do not apprehend serious commotions.

Herrisse , was I understand permitted by the Secretary, to append some remark to his name. He is a great admirer of Hedrick , & has I fear written something foolish, or worse. If so & you publish, as the appendage ought not to be then, strike it out, and suffer him to illuminate the benighted world, in a separate article. If you think proper to do so, you may prepare a history of the proceedings of the Faculty, in such form as you may consider most advisable without confining yourself to the removal. Let me know day by day, anything that may be necessary to enlightened action.