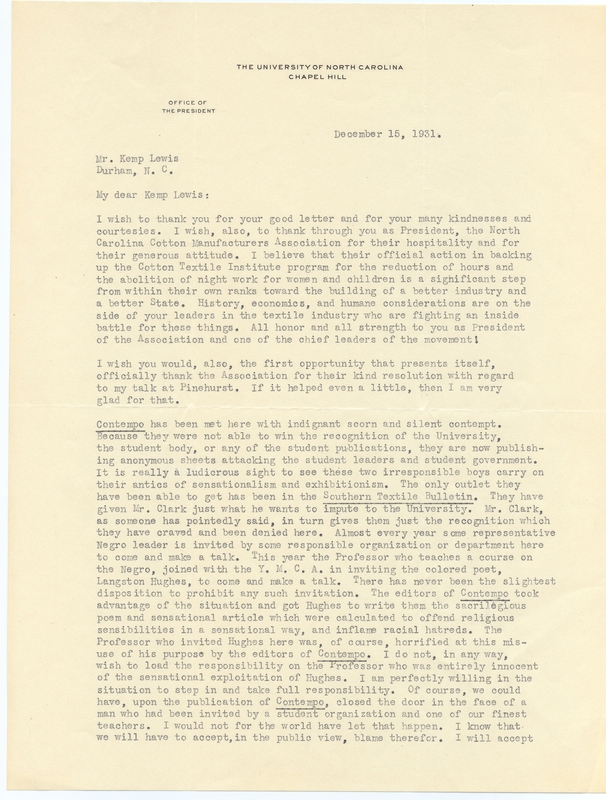 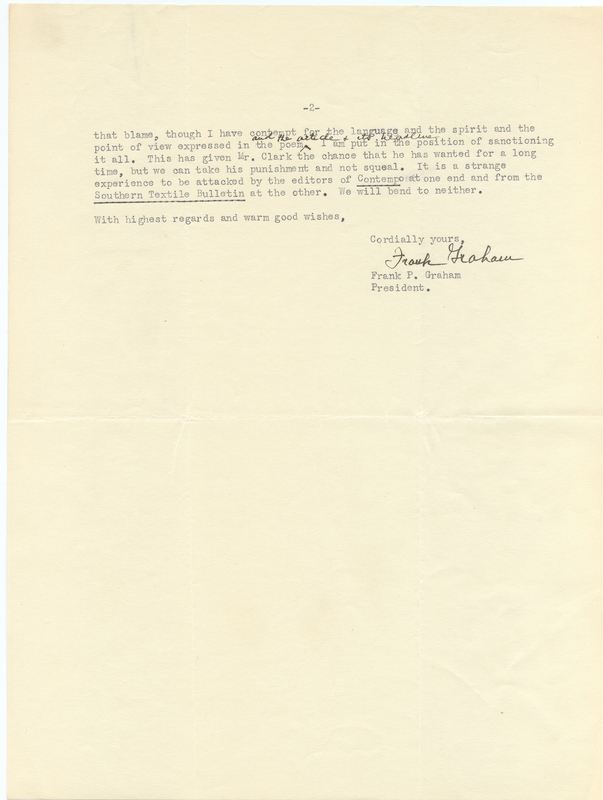 In this letter, University President Frank Porter Graham thanks Kemp Plummer Lewis, a University trustee and Durham textile executive, for his support on several labor issues, including the "reduction of hours and abolition of night work for women and children." Graham goes onto describe the controversy surrounding the Scottsboro issue of Contempo magazine and states his intent not to interfere Langston Hughes' visit to Chapel Hill.

Copyright is retained by the authors of items in these papers, or their descendants, as stipulated by United States copyright law.