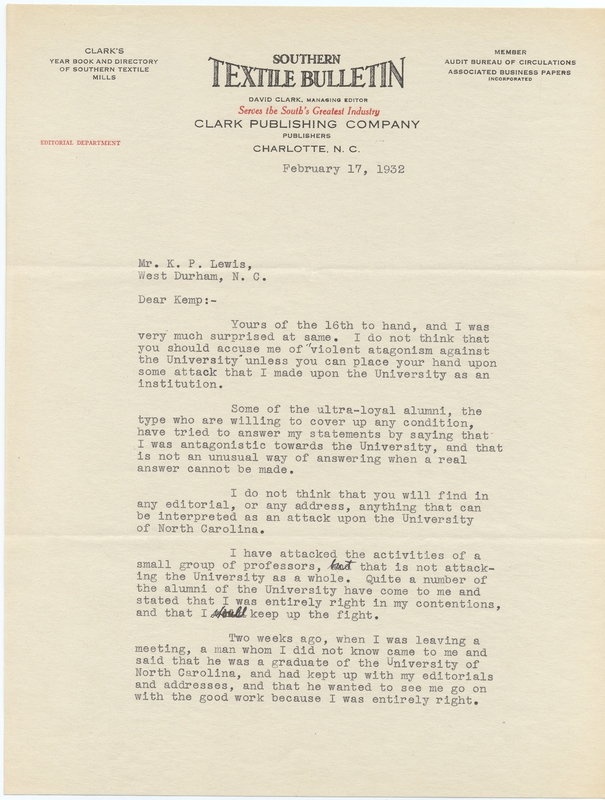 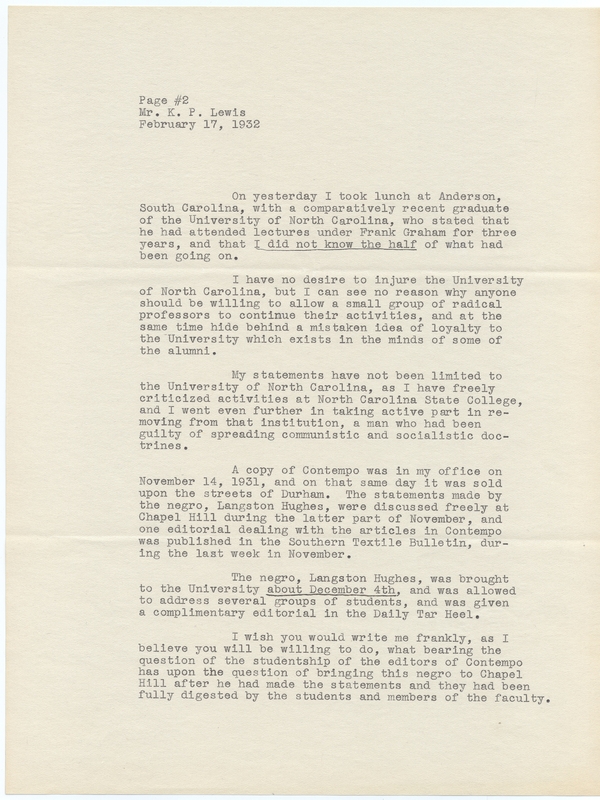 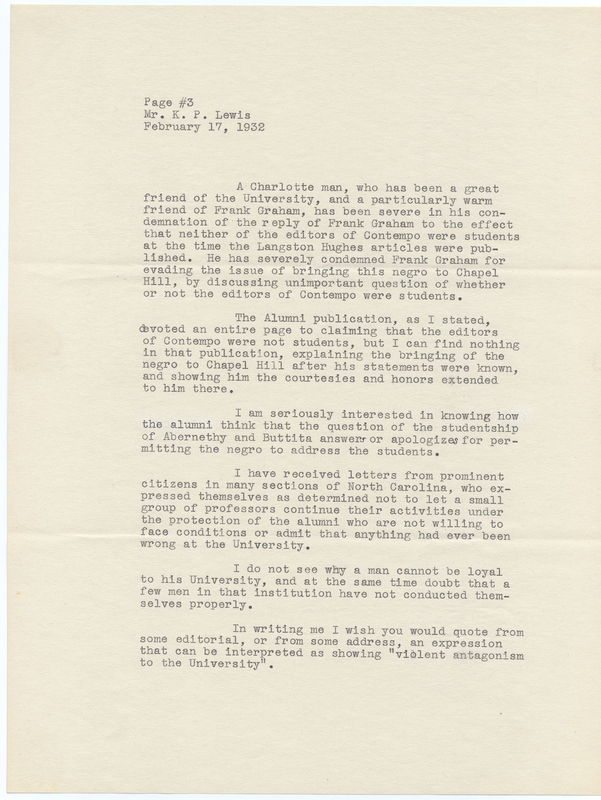 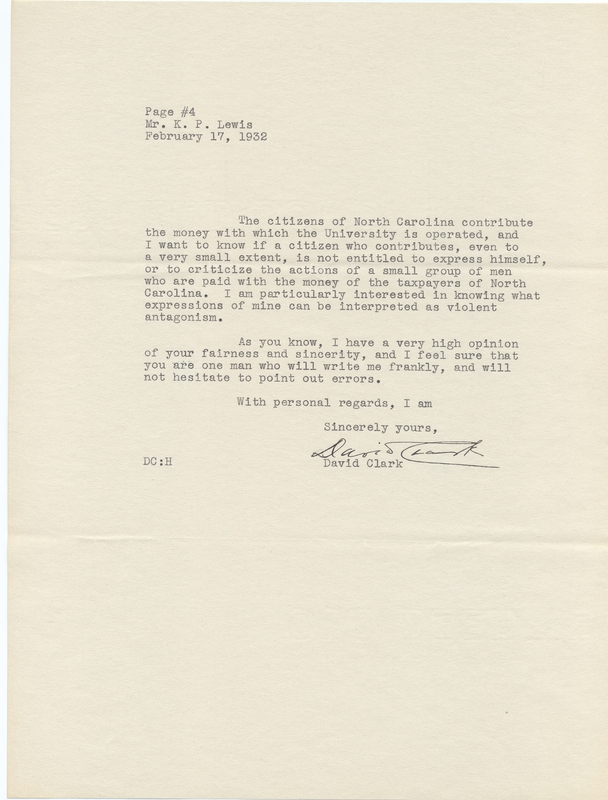 In this letter, David Clark, editor of the Southern Textile Bulletin, writes to Kemp Plummer Lewis, president of the Alumni Association of the University of North Carolina, condemning the University's inaction toward Contempo magazine and Langston Hughes' visit to Chapel Hill.

Copyright is retained by the authors of items in these papers, or their descendants, as stipulated by United States copyright law.