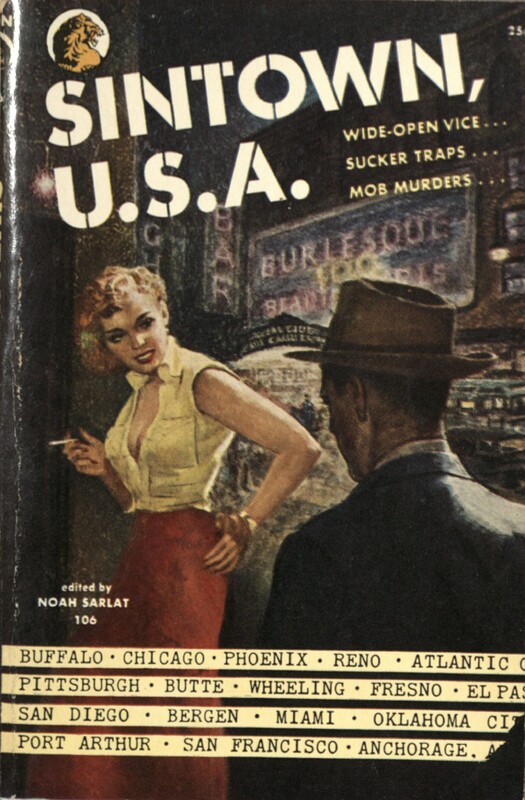 Mass-Market Paperback History in America: from Popularity to Controversy

While other cheap print formats like 19th century yellowbacks and dime novels were similar to mass-market paperbacks in terms of their price points and audiences, mass-market paperbacks as we know them weren’t actually popularized until the 1930s in America. Printed on cheap paper and distributed to audiences across the country, these novels were popular due to their affordability, portability, bold cover art, and entertainment value.

Although mass-market publishers initially made their money reprinting popular hardcover titles, publishers soon began to branch out by focusing on new works that had not been previously released in hardcover format. Popular genres like science fiction, detective fiction, horror, and delinquent fiction thrived in the mass-market publishing world; however, publishers who printed these types of titles often printed more “literary” works alongside these crowd-pleasing selections. Many publishers also bought up bulk rights to out of print novels, or published works that had recently fallen into the public domain.

While their hard-bound counterparts were only sold in bookstores, mass-market paperbacks were sold almost everywhere in the cities of mid 20th century America. Thanks to the business model popularized by Pocket Books founder Robert DeGraff, mass-market paperbacks were sold almost everywhere periodicals were sold, including newsstands and drug stores. Like the magazines so often sold beside them at these locations, mass-market paperbacks had to be eye catching to attract potential customers, especially because these books were displayed on revolving racks that faced the books' covers (rather than their spines) outwards. As a result, the covers of paperbacks became even more bright and eye-catching than the covers of the cheap-print formats of previous centuries.

After a slump in paperback sales in the late 1940s, cover artists began upping the sex appeal of their designs to combat losses. Covers became adorned with tantalizing imagery of sex and violence to draw in new readers. Sometimes, even book titles were changed for reprints to make them more sensational or intriguing to prospective readers. These choices, especially when coupled with the often criticized content of mass-market paperbacks, led to conversations about the “degeneracy” of the medium itself. In fact, they attracted so much negative attention in the U.S. that in 1952, the House of Representatives formed a special committee to explore the potential negative effects of these books on American readers.