Preface to Northanger Abbey and Persuasion 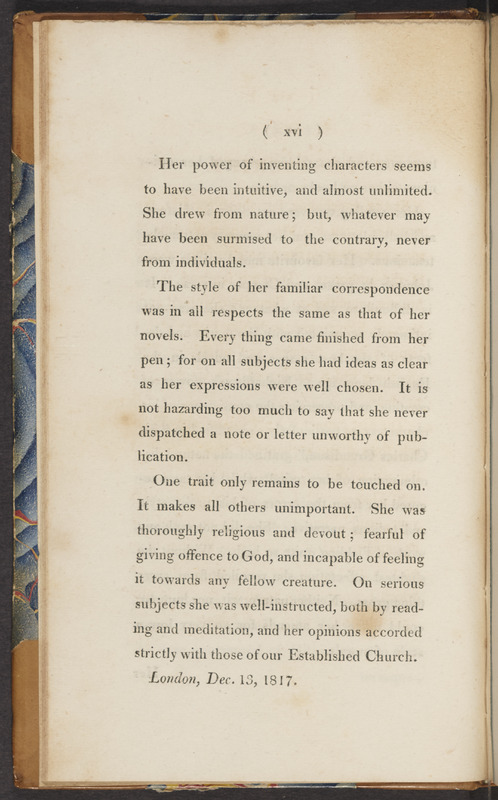 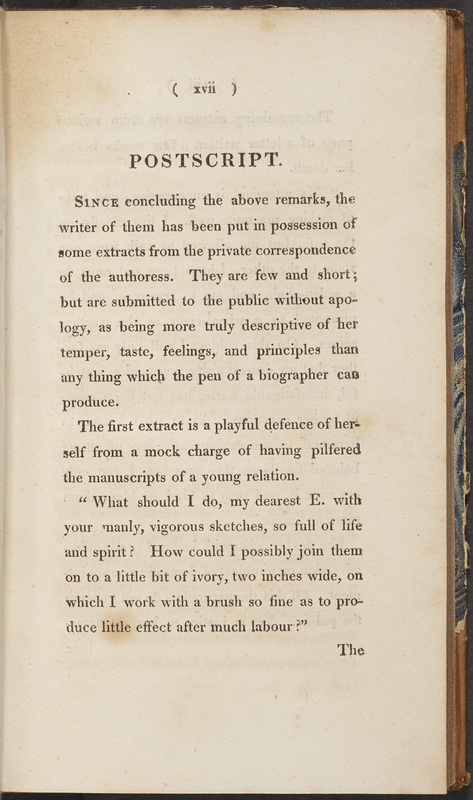 Preface to Northanger Abbey and Persuasion

In the public domain and may be used without copyright restriction

Her power of inventing characters seems to have been intuitive, and almost unlimited. She drew from nature; but, whatever may have been surmised to the contrary, never from individuals.

The style of her familiar correspondence was in all respects the same as that of her novels. Every thing came finished from her pen; for on all subjects she had ideas as clear as her expressions were well chosen. It is not hazarding too much to say that she never dispatched a note or letter unworthy of publication.

One trait only remains to be touched on. It makes all others unimportant. She was thoroughly religious and devout; fearful of giving offence to God, and incapable of feeling it towards any fellow creature. On serious subjects she was well-instructed, both by reading and meditation, and her opinions accorded strictly with those of our Established Church.

Since concluding the above remarks, the writer of them has been put in possession of some extracts from the private correspondence of the authoress. They are few and short; but are submitted to the public without apology, as being more truly descriptive of her temper, taste, feelings, and principles than any thing which the pen of a biographer can produce.

The first extract is a playful defence of herself from a mock charge of having pilfered the manuscripts of a young relation.

"What should I do, my dearest E. with your manly, vigorous sketches, so full of life and spirit? How could I possibly join them on to a little bit of ivory, two inches wide, on which I work with a brush so fine as to produce little effect after much labour?"